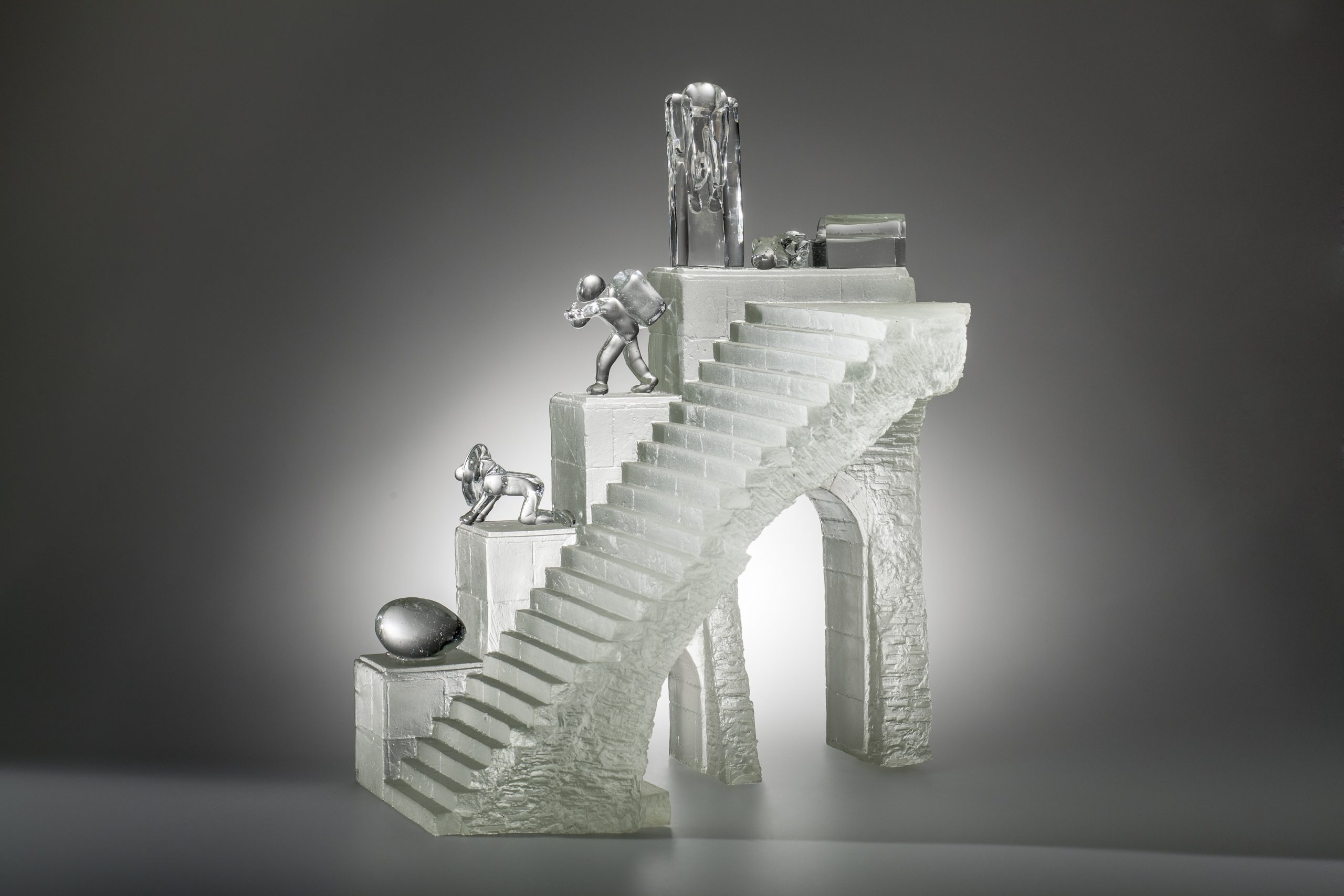 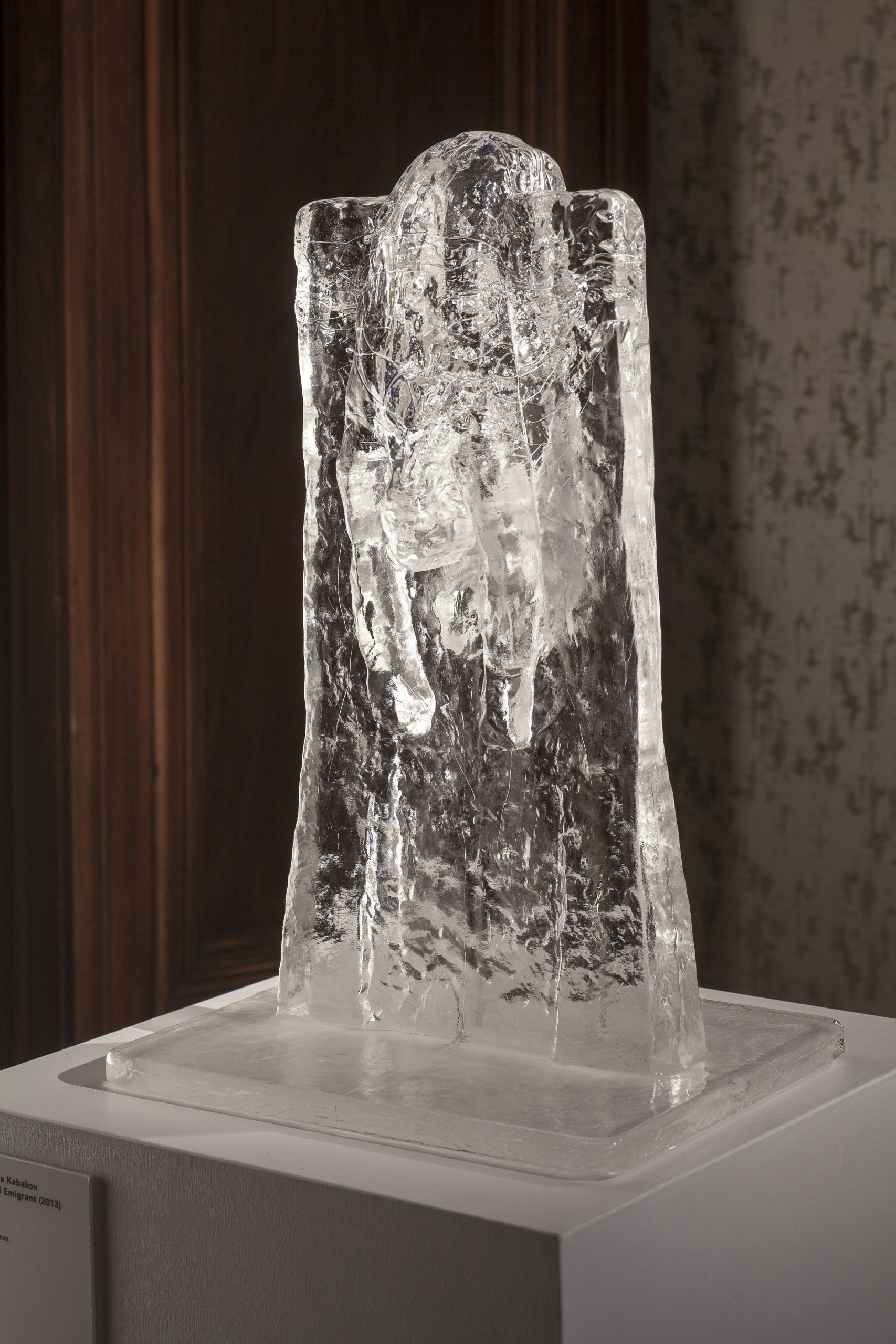 Ilya and Emilia Kabakov are Russian-American artists, who live and work in Long Island, New York. Both artists were born in Dnepropetrovsk, Soviet Union: Ilya in 1933 and Emilia Kabakov (born Lekach) in 1945. They worked independently of one another until 1988 when they began collaborating, and married in 1992. The Kabakovs’ came of age during the 1960s Soviet rule and much of their work arises from this socio-cultural context.

Ilya studied at the Surikov Art Academy, Moscow, and started his career as a children’s book illustrator and was part of a conceptual art group that worked outside the official Soviet art system and is widely considered to be one of the most important 20th century Russian artists. Emilia attended the Music College in Irkutsk in addition to studying Spanish language and literature at Moscow University. The most frequent form of expression in the Kabakovs’ art is the “total installation” which consists of architectural, pictorial, cinematographic and scenic elements in a separate space within the exhibition area. Visual, audio and environmental stimuli envelop the visitors, giving them an experience of the Soviet world in which the artists once lived. They represented Russia at the 45th Venice Biennale with their installation The Red Pavilion (1993). The Kabakovs’ work has been shown widely internationally including Documenta IX (1992), Kassel; Stedelijk Museum (1993, 1995), Amsterdam; the Whitney Biennale (1997), New York; MAXXI (2004), Rome; The State Hermitage Museum (2010), St. Petersburg; The Grand Palais (2014), Paris; and The Power Plant Museum (2015), Shanghai. They have received a number of honors and awards, including the Chevalier des Arts et des Lettres (1995), Paris; the Oscar Kokoschka Preis (2002), Vienna; Medals for Life for Achievements in Art (2013), Moscow Art Academy; and the Commandeur de l’Ordre des Arts et des Lettres, from the Ministry of Culture (2014), Paris.