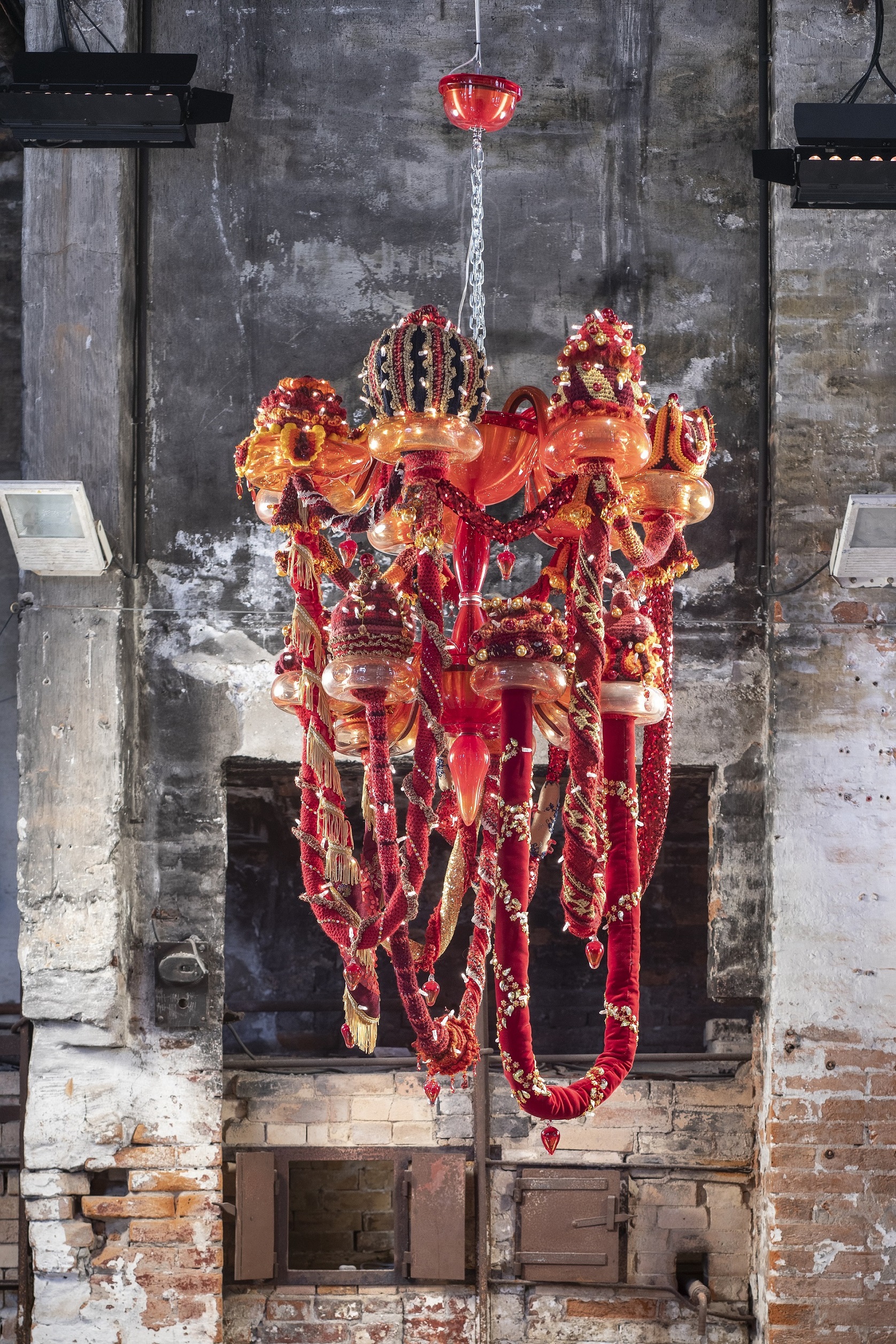 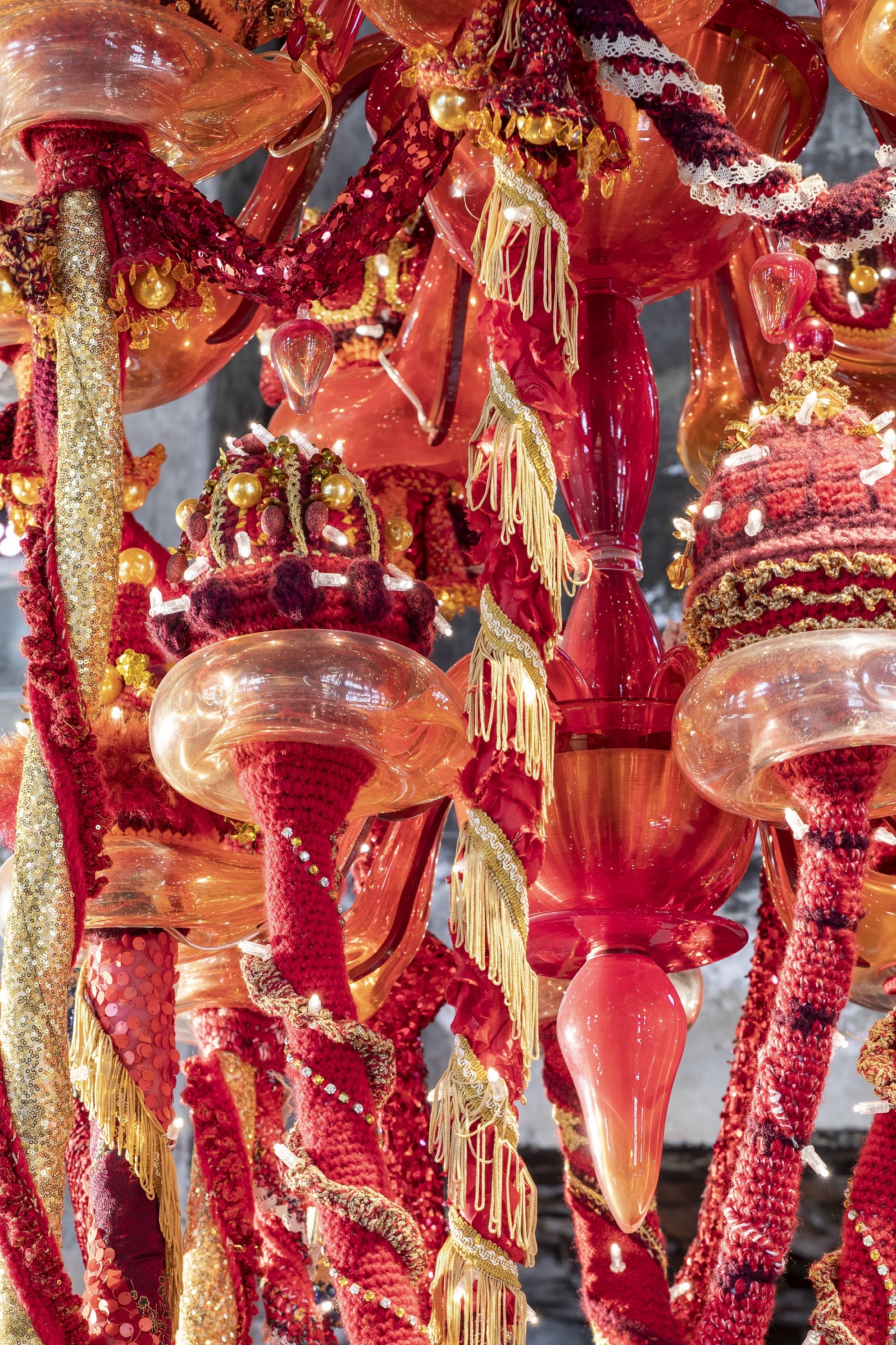 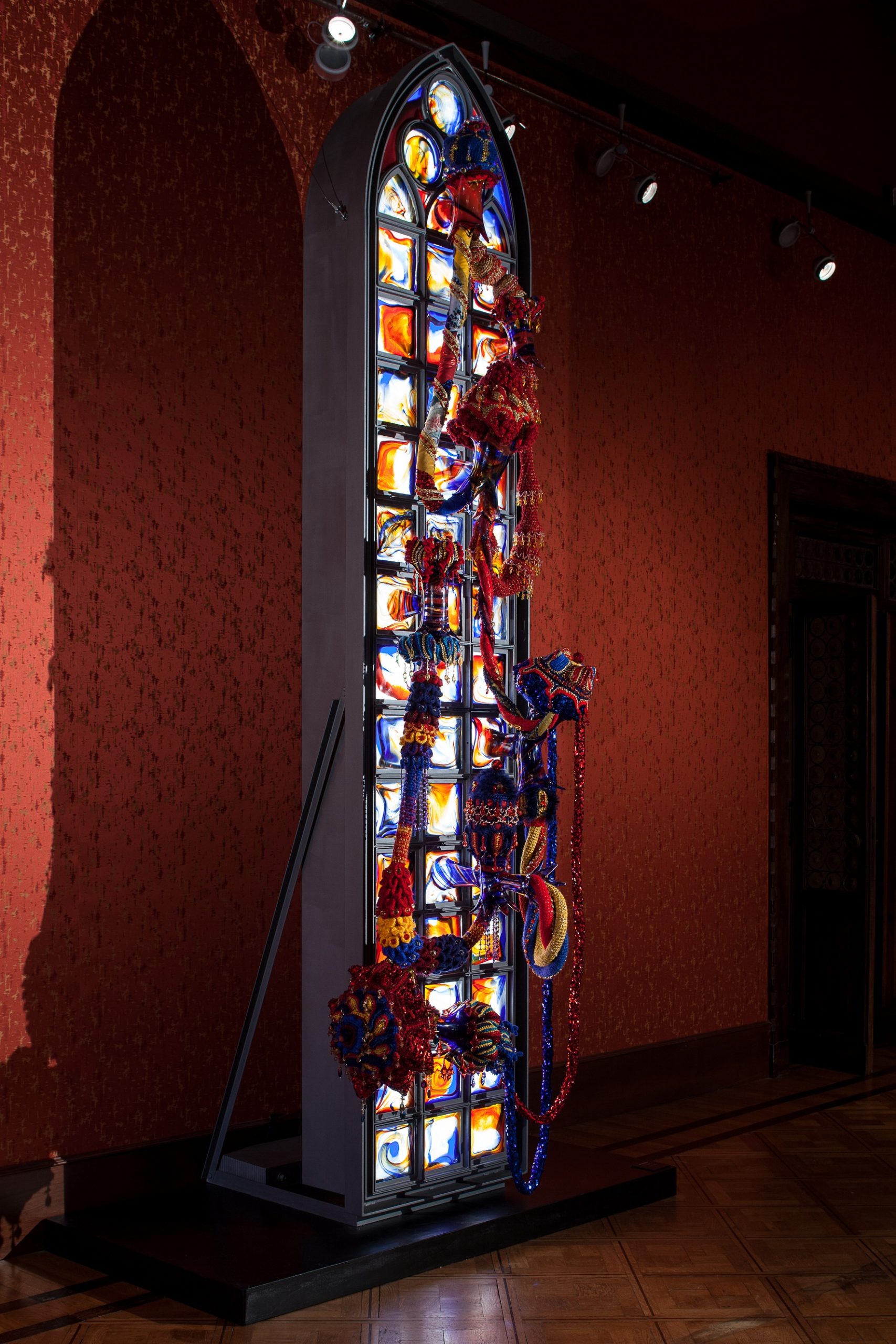 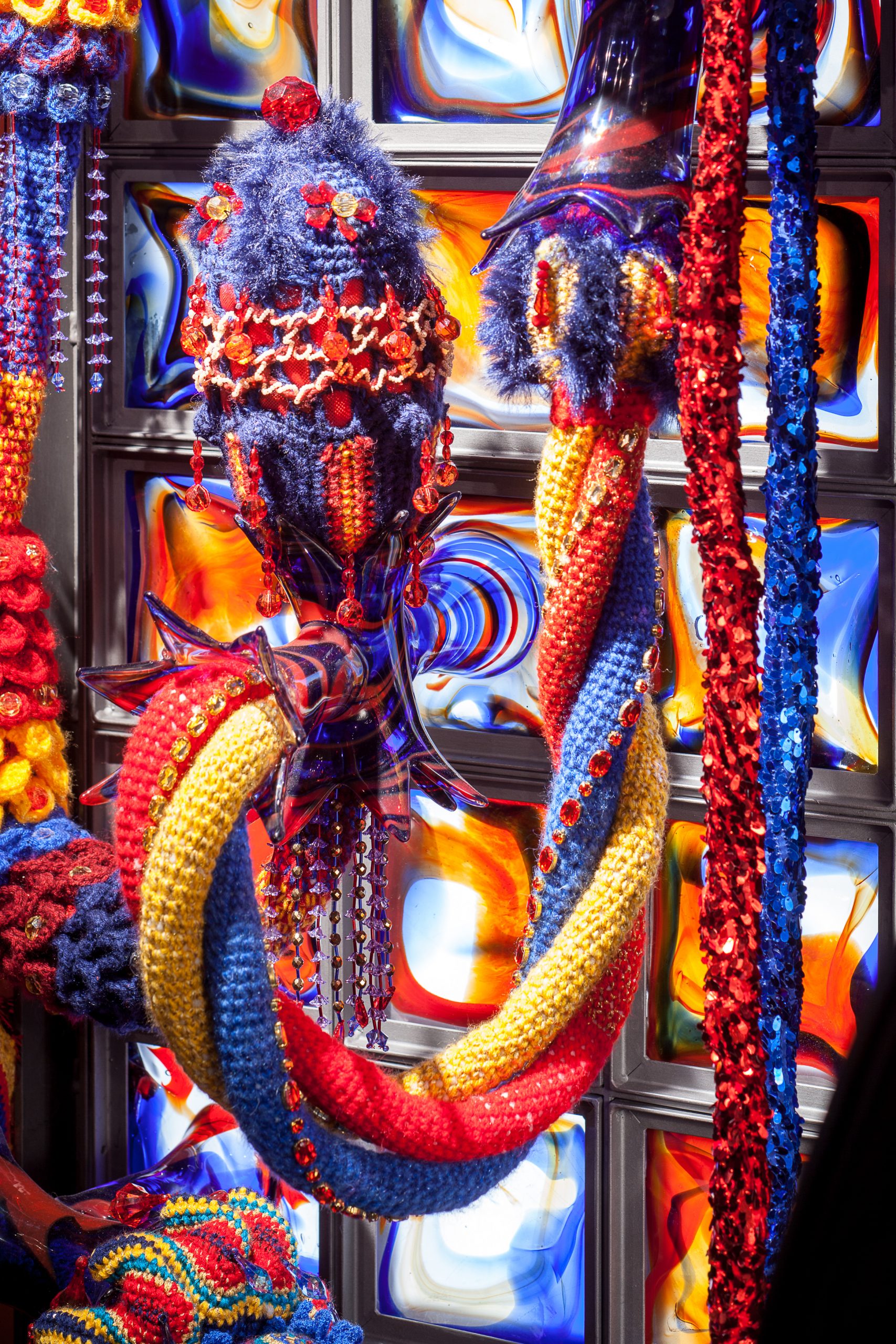 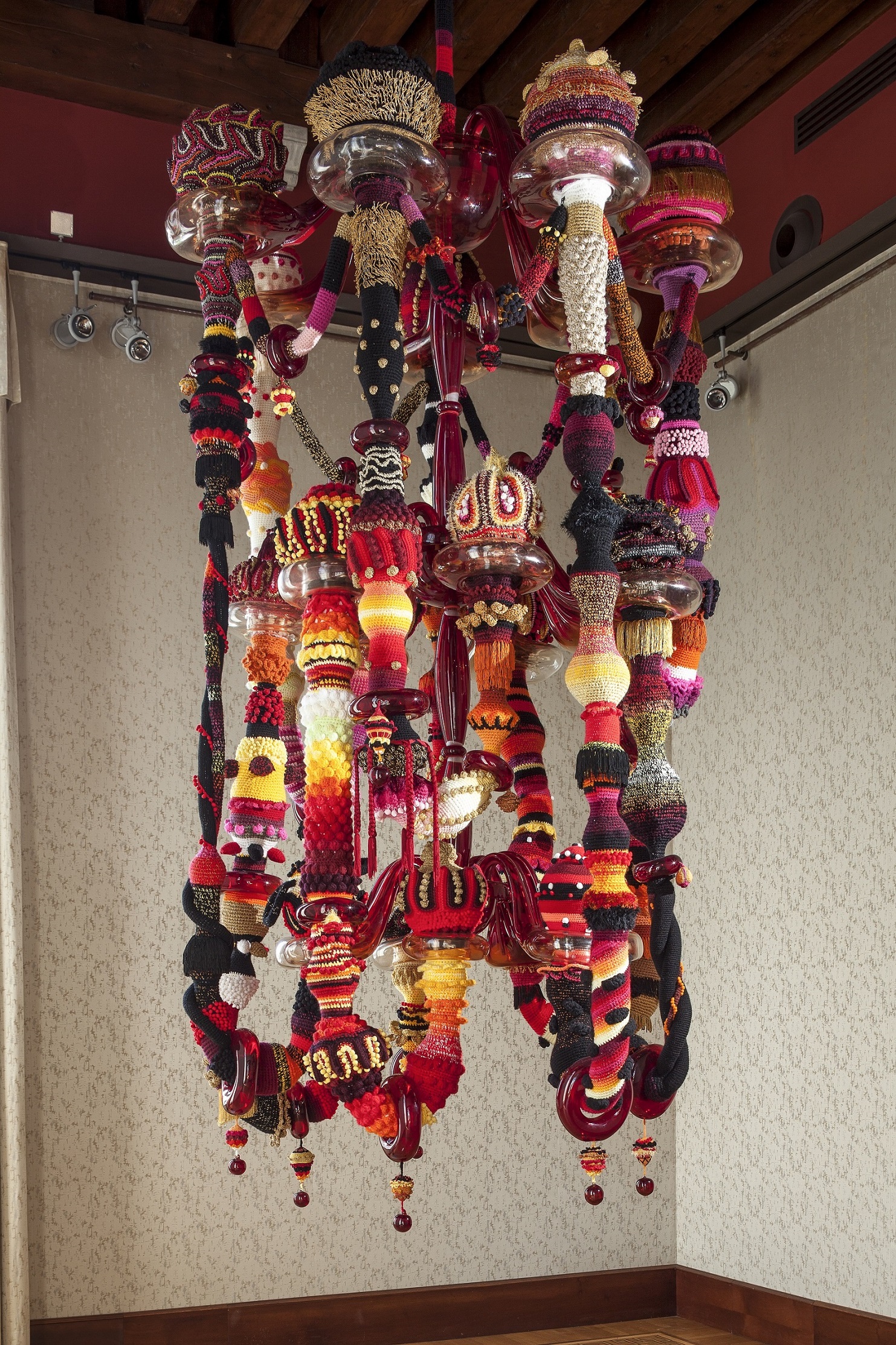 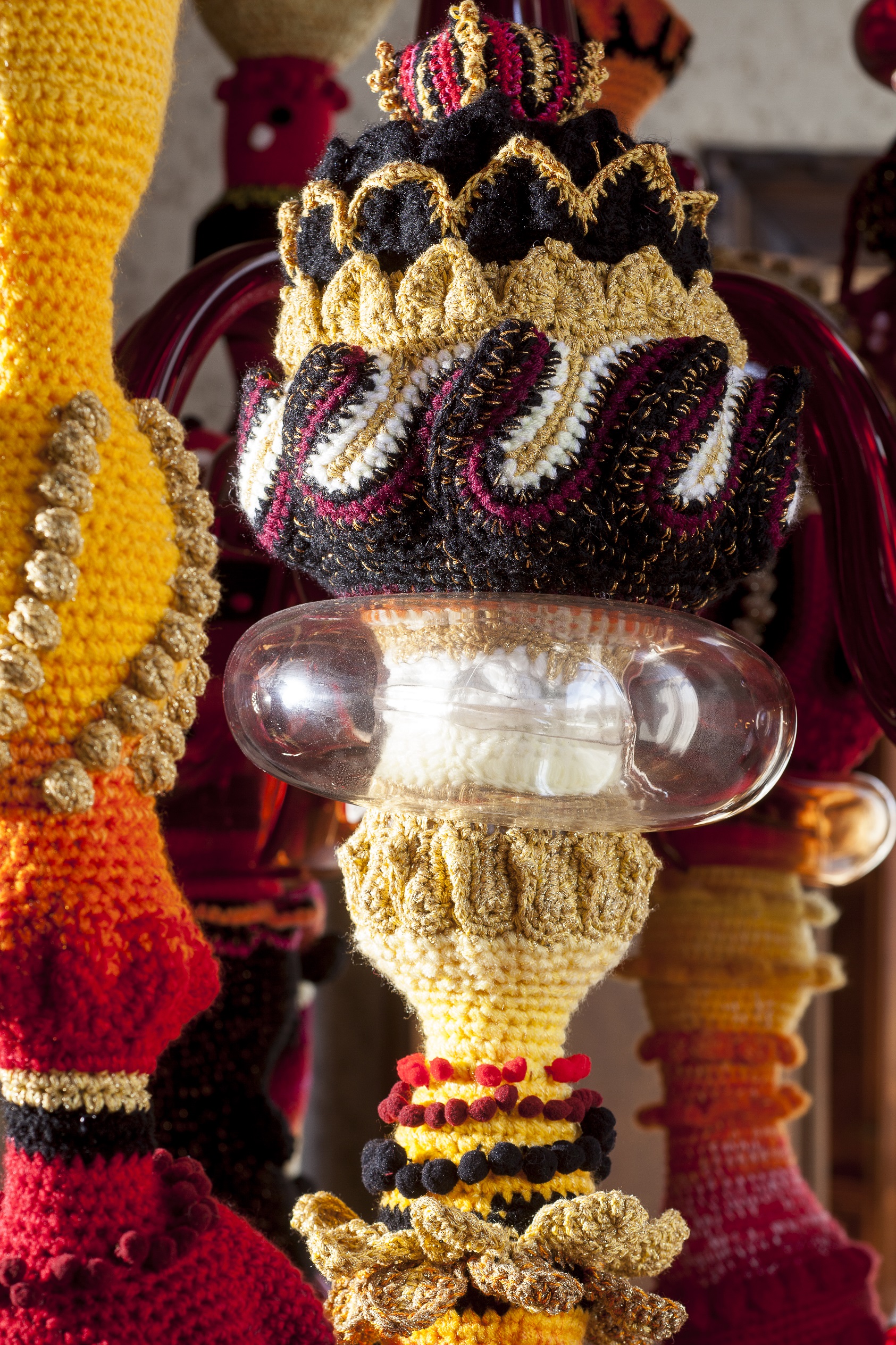 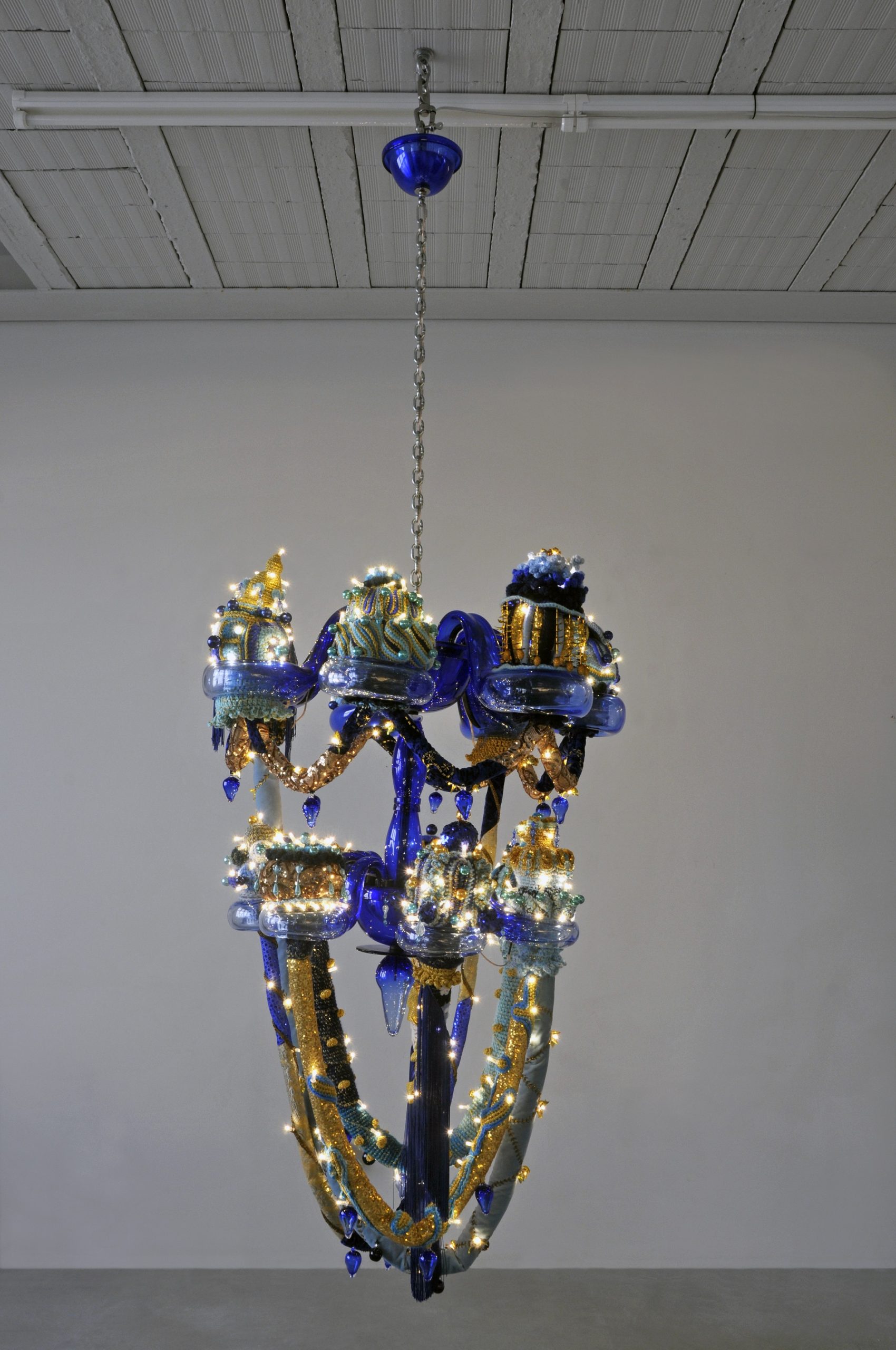 Joana Vasconcelos was born in 1971 in Paris, France, and lives and works in Lisbon. Her artistic career, focused on the realization of installations and sculptures, is based on appropriation, decontextualization and subversion of pre-existing objects, belonging to everyday life.

The colossal size and bright colors are the protagonists of her works, in addition to the use of video and photographs, all assembled and presented to the viewers, who are often left fascinated and intrigued. Her creations combine the ready-made of Duchamp, the artistic concepts of New Realism and Pop culture, the artworks of Louise Bourgeois and Eva Hesse, creating compositions that are also a critique of contemporary society and a reflection on the themes of national and collective identity. The artist explores the dichotomies between artisanal and industrial, private and public, tradition and modernity, erudite and popular. After her participation in the 51st Venice Biennial (2005), her work became known internationally. Recent career highlights include a solo exhibition at the Château de Versailles (2012) and “Trafaria Praia” a boat for the Portugal Pavilion at the 55th Venice Biennial (2013). Her works are present in important international collections including the Louis Vuitton Foundation and the Pinault Collection. Her masterpieces were exhibited at the Museu de Arte Contemporânea de Serralves (2000), Porto, Centro Andaluz de Arte Contemporáneo (2003), Seville, Garage Centre for Contemporary Culture (2009), Moscow, the Centquatre (2012), Paris, Saatchi Gallery (2013), London, the Tel Aviv Museum of Art (2013), Manchester Art Gallery (2014), Mario Mauroner Contemporary Art (2015), Vienna, Glasstress (2013, 2015), Venice, the Afro Brasil Museum (2016), São Paulo, Chiostro del Bramante (2016), Rome, and in the exhibition Glassfever (2016), Dordrecht. She won the EDP Young Artists Award (2000), the Tabaqueira Award for Public Art Prize (2003) and The Winner Take It All prize awarded by the Berardo Foundation (2006).