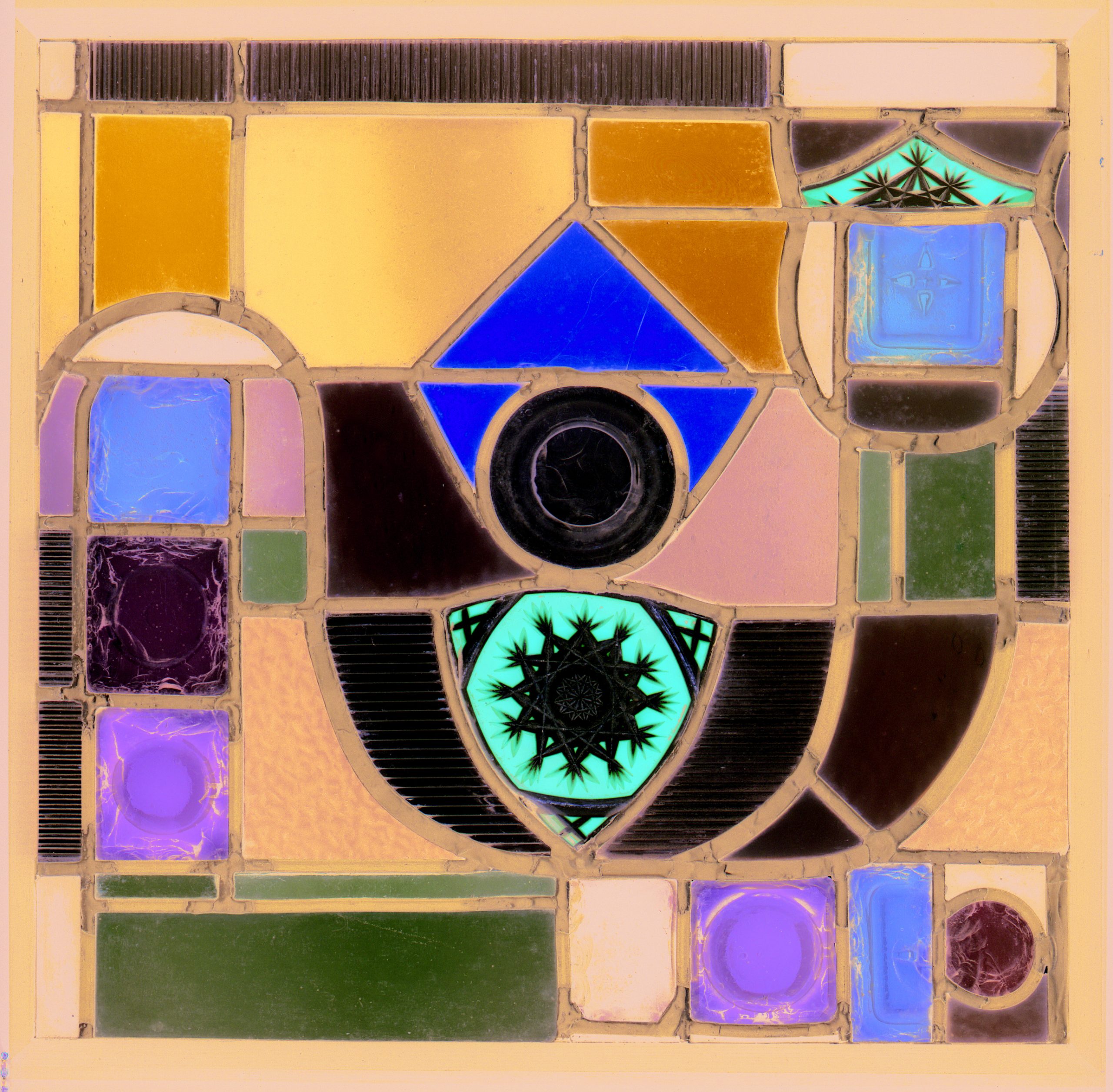 Josef Albers (1888-1976) was born in Bottrop, Germany. Accomplished designer, photographer, typographer, printmaker, and poet, he is best known as a pioneering abstract painter and color theorist.

In 1920, he became student at the Bauhaus, where he joined the faculty in 1922 and became a professor in 1925, working mainly in stained-glass and metal. In 1933, when the Nazis closed the school, Albers emigrated to the United States and joined the faculty of Black Mountain College, North Carolina, where he ran the painting program until 1949. Among his students were Robert Rauschenberg, Cy Twombly, Robert Motherwell, and Willem De Kooning. From 1950 to 1958 he taught at Yale University, New Haven. His influence was important for “hard-edge” abstract painters, who drew on his use of patterns and intense colors, while Op and conceptual artists further explored his interest in perception. In 1949 he began his most famous series, Homage to the Square, that explored in hundreds of paintings and prints, with a very strict approach to composition, the chromatic interactions of flat colored squares arranged concentrically on the canvas. A major Albers travelling exhibition was organized by the Museum of Modern Art (1965 to 1967), and a retrospective of his work was held at the Metropolitan Museum of Art (1971), New York, the first for a living artist. A show of 80 oil works on paper, many of which had never been exhibited before, was mounted by the Pinakothek der Moderne (2010), Munich, and later travelled to other venues such as the Centre Georges Pompidou, Paris, and The Morgan Library and Museum, New York. With his continuing legacy, his work has recently been shown in Josef Albers, Galeria Pilar Serra (2015), Madrid, and One and One is Four: The Bauhaus Photocollages of Josef Albers, Museum of Modern Art (2016-2017), New York.