Glasstress, collateral event of the 55th International Art Exhibition – la Biennale di Venezia, in its third appearance in the lagoon, was open to the public from June 1 to November 24, 2013.

Glasstress. White Light / White Heat, curated by Adriano Berengo and James Putnam, proposed the participating artists to deal with light and heat, intrinsic aspects of glass and its working. Glass is born from the creative and destructive force of fire, which transforms the basic chemical elements into a mouldable fluid. The result is a matter solid, yet with a chaotic molecular structure providing light with a limitless variety of surfaces, colors, transparencies and reflections.

Glasstress was conceived by Adriano Berengo. It started with the 2009 edition of the International Art Exhibition – La Biennale di Venezia to allow glass “escape” from its ornamental prison, restoring it to the artists’ expressive process. Among the artists invited to participate in Glasstress from all over the world, many have been confronted for the first time with this material.

The exhibition is accompanied by a significant book in English with texts by Adriano Berengo, James Putnam, and Frances Corner. 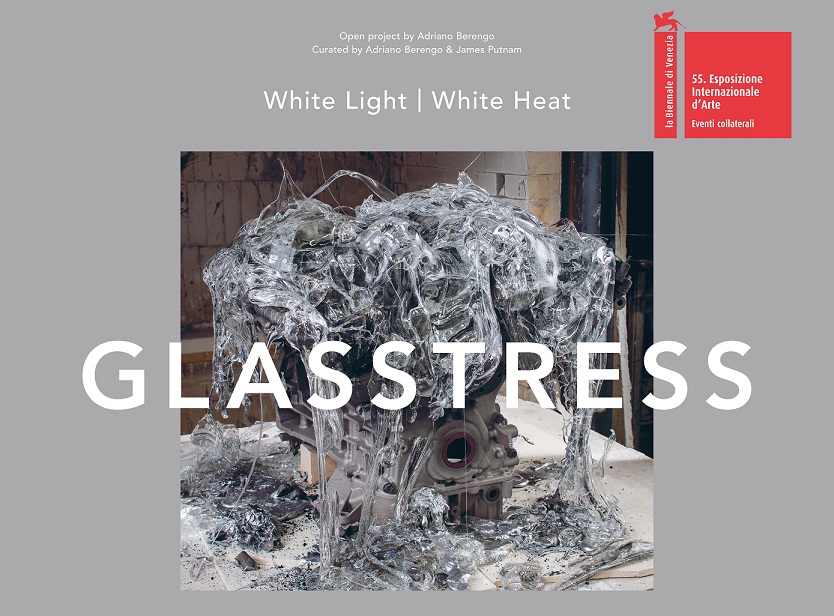