For the second show from the RADICAL series conceived by Penzo+Fiore at Fondazione Berengo, upon invitation of Matteo Bergamini, Marcella Vanzo will present in Venice her new project titled To wake up the living, to wake up the dead on the Redipuglia War Memorial. Nothing to do with an historical re-enactment but rather a celebration of life, although not completely estranged from the idea of sacrilege. Through a detailed survey made of one video, photographs and installations, the artist brings back to life the bodies of the 100,000 soldiers buried at Redipuglia, one of the largest war memorials in the world, located along the extreme North Eastern strip of Italy where the first World War front used to be and trench warfare was merciless.

To wake up the living, to wake up the dead is a video work made of gravestones, marbles, names and ranks, i.e. the remains of the Third Army headed by Emanuele Filiberto of Savoy, the Duke of Aosta, a site where a slow, inquisitive, in-depth cinematic exploration is carried out.

The video is a silent observation and an accurate analysis on the features of this memorial, built by Mussolini between 1935 and 1938, with its rationalist architecture reproducing a military deployment. The word “PRESENTE” [Present] is engraved hundreds of times along the stone steps as if to call the dead back to life. Soldiers used to remember their fallen fellows by a final roll calling ceremony and answering on their behalf.

Yet, once at Palazzo Franchetti, visitors are ushered to To wake up the living, to wake up the dead by I Nomi [The names] and Sente [The pre-sents]. Vanzo goes back again to controversial images which become her artistic matter: photographs portraying the fallen soldiers’ first names written on their graves. There are thousands of them – too many  – to the point that they fall on the ground and on top of each other.

Between I Nomi and the video with the drumming solo, visitors find Sente: a photo-edit of the word “PRESENTE”. Instead of spelling out a roll call, a sinister echo, Sente gives us a warning signal, which calls for everyone’s utmost attention.

A radical project against what always and only seems to be the unavoidable fate of history. 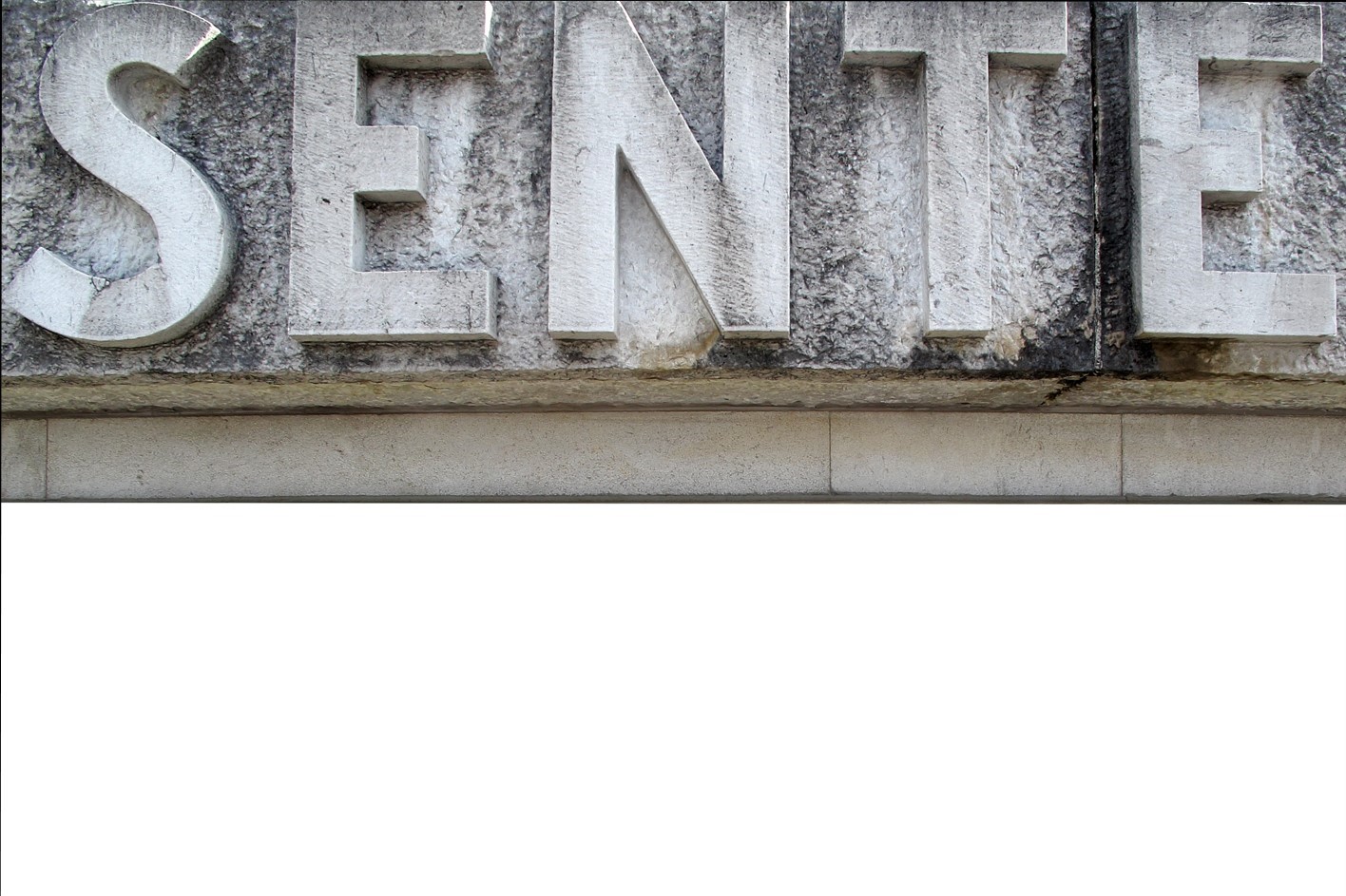 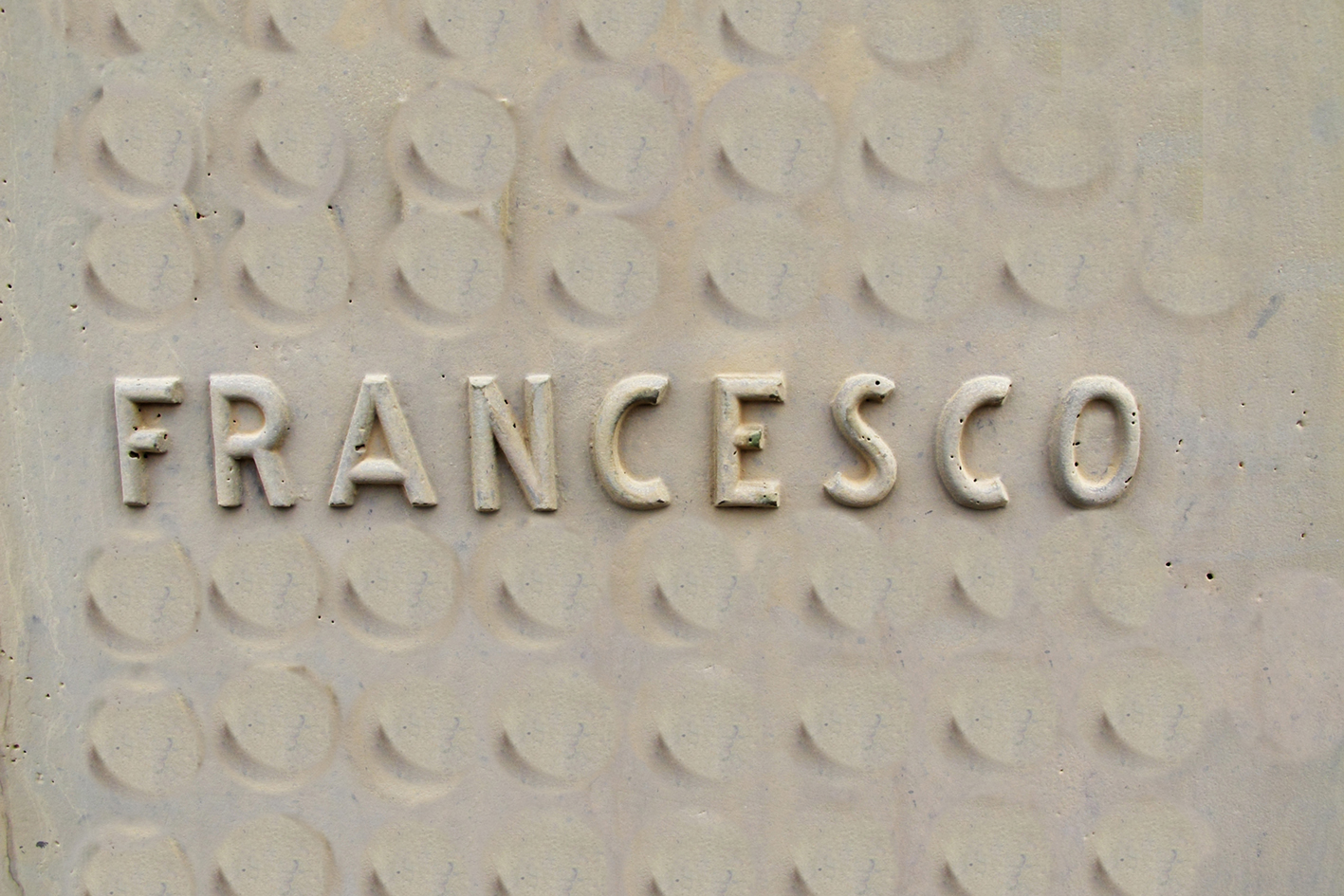 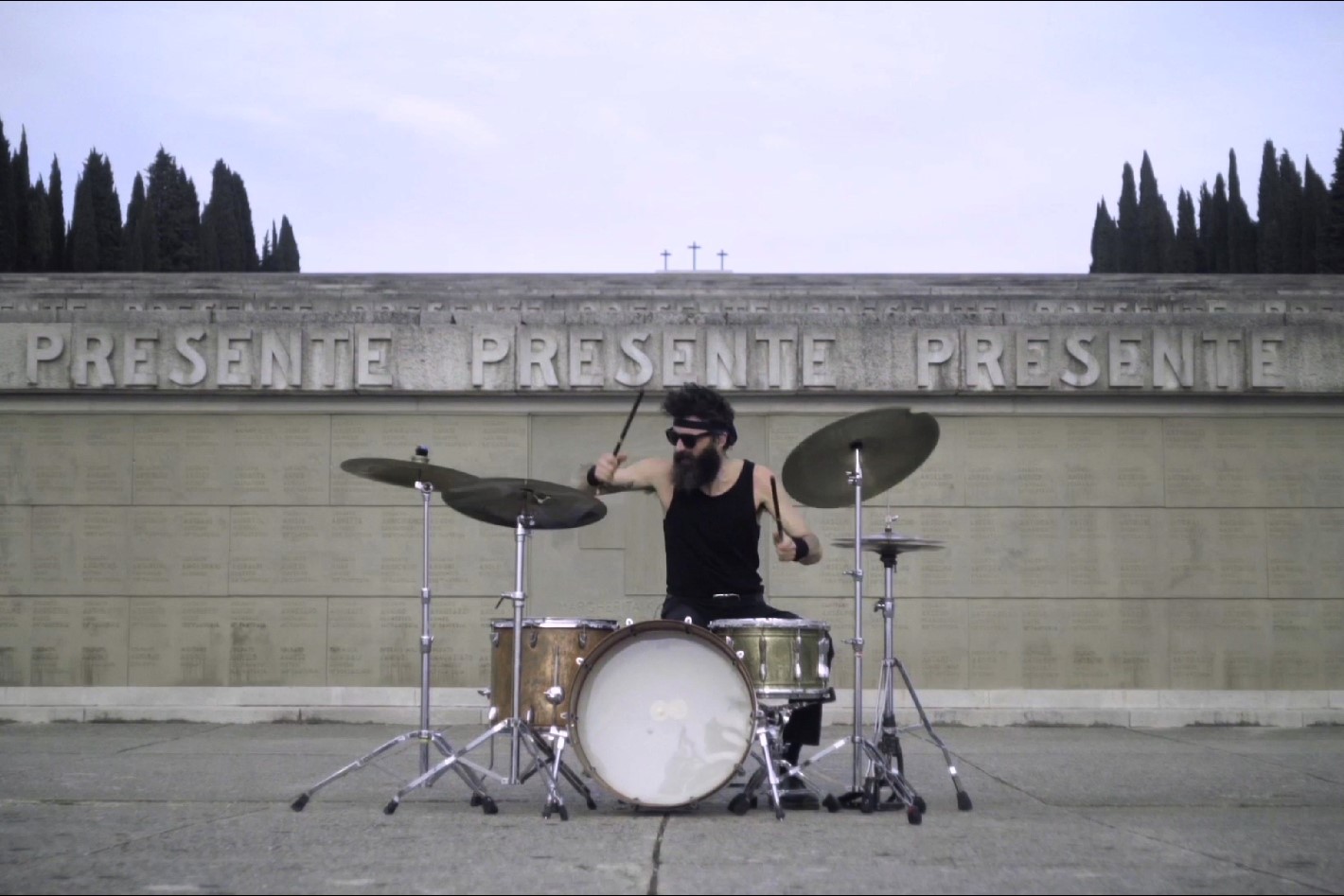