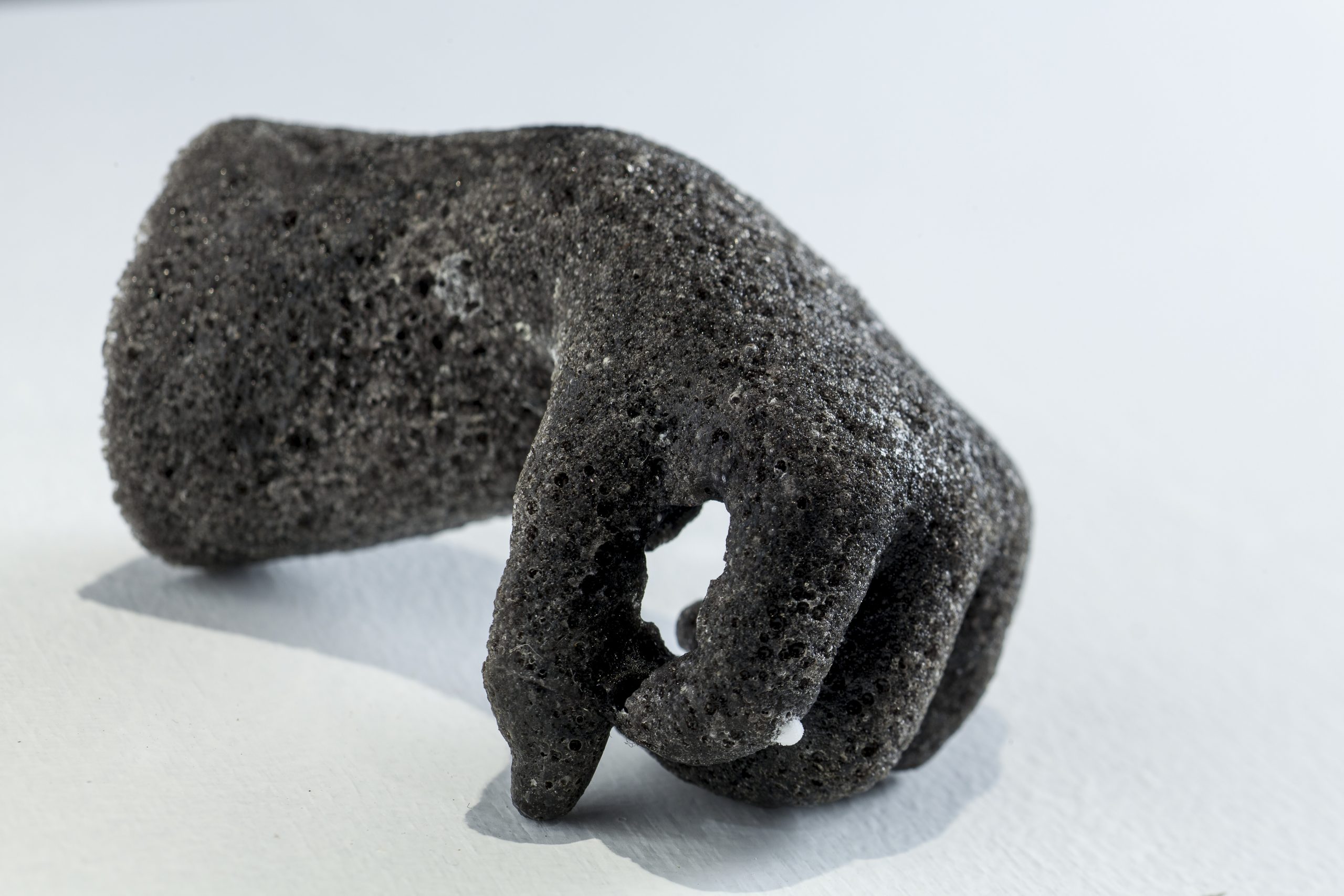 Alastair Mackie was born in 1977 in Cornwall, United Kingdom, where he lives and works. He creates conceptual artworks that often involve labor intensive juxtaposition processes of organic materials with made-made forms, resulting in ambiguous sculptural interventions that challenge the boundaries separating nature and culture.

In 1997, he studied at the Camberwell College of Arts in London, followed by the City and Guilds of the London School of Art (1997-2000). He grew up in an agricultural community, where he recently resettled, and the landscape of his childhood has played a key role in shaping his artistic vocabulary. He meticulously arranges organic elements such as trees, mud, wasp nests, seashells and animal bones to transform and create complex objects. For example, in Untitled (Sphere) (2000-2010) he combines the horrors of a collection of mouse skulls and the minimalist precision of a geometric assemblage; combining the playfulness of a toy ball and the gravitas of a memento mori. He created his first public outdoor commission, Mimetes Anon, for the Economist Plaza London, which was also featured in the Busan Biennale (2010), South Korea. His work can be found in important institutions such as The Olbricht Collection, Berlin; the Salsali Private Museum, Dubai; the Wellcome Collection, London; and the Museum of Art and Design, New York. Mackie has shown extensively throughout the United Kingdom and internationally, in group and solo shows across Europe, significantly at the Venice Biennale (2009); Charles Saatchi Gallery (2004, 2012), London; Me Collectors Room (2012), Berlin; for Glasstress (2011, 2013), Venice; at Weserburg Museum of Modern Art (2016); and Art Brussels (2016). He received The City and Guilds Sculpture Prize (2000) and The Executive Committee Prize for outstanding work in the graduate show (2000).