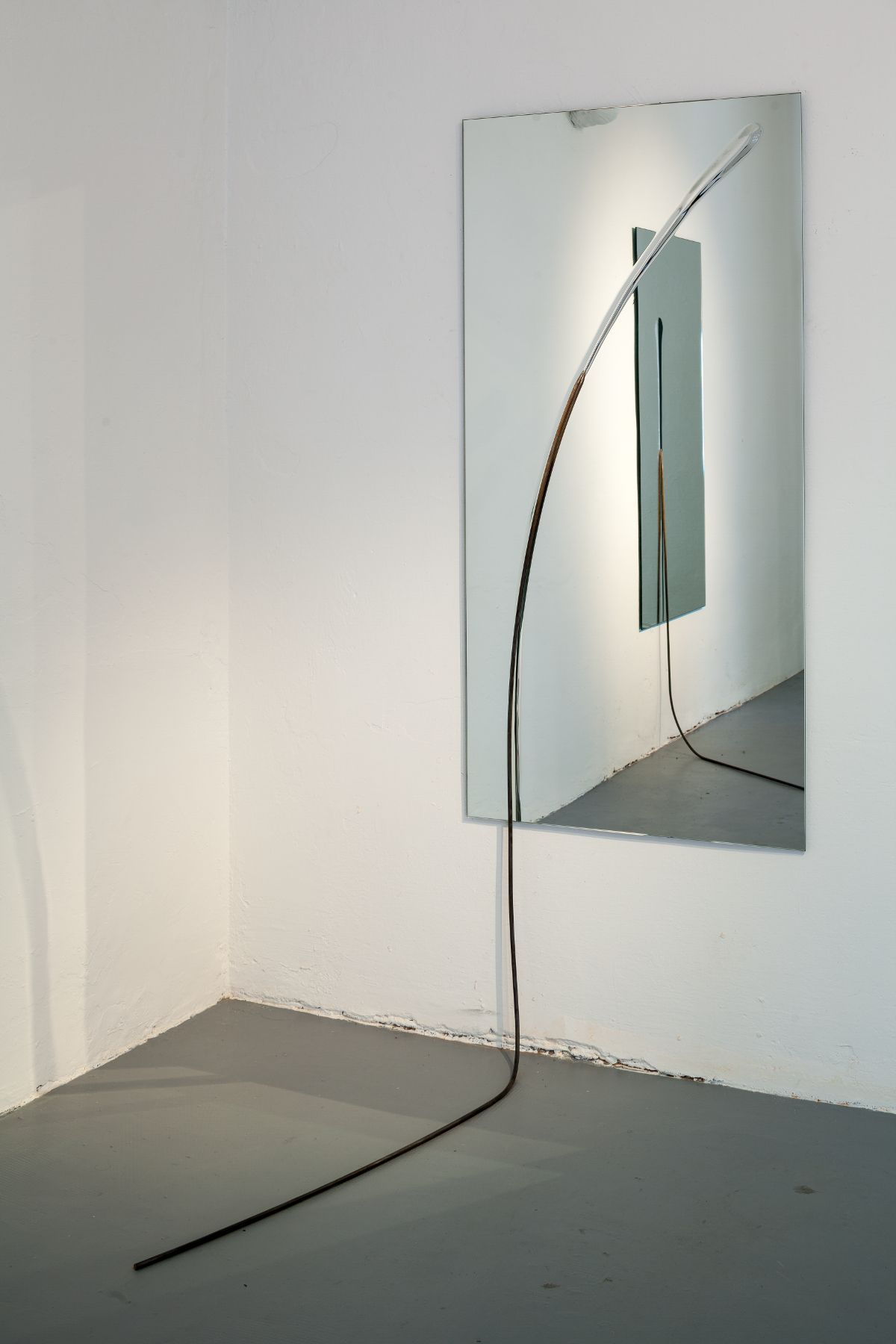 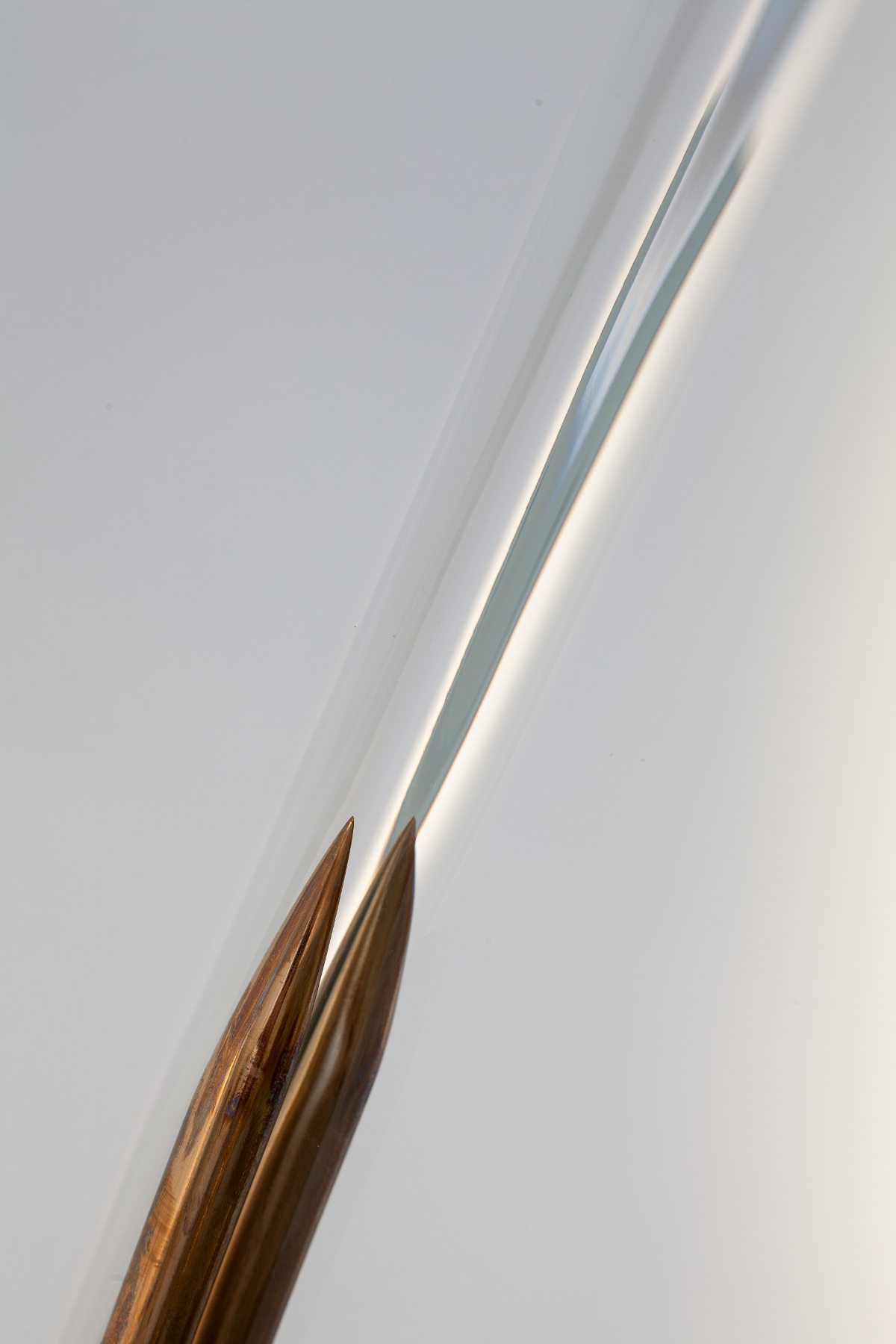 Alicja Kwade was born in 1979 in Katowice, Poland, and lives and works in Berlin. Her installations play and work with the mental perception of objects, space, time, repetitions and the physical experience of the body in space.

In 2005, she graduated in Sculpture at the Universität der Künste in Berlin. Starting with common materials, such as glass, copper, bicycles and metal tubes, the artist shapes each object to create new meanings and connections related to space and time. Every proposal creates in the viewer a sense of disorientation, questions and thoughts on topics that enter the realms of astrophysics and philosophy. In Hypothetisches Gebilde (2015), Kwade draws inspiration from space-time wormholes to involve the universe, visible and invisible, the connection of parallel worlds and the movement of shapes of different sizes and states of being, all this is shown by Kwade through a stone positioned in different angles in a sculpture composed of copper pipes. Overlaying common concepts, the artist recreates different levels of reality and creates a complex installation connected to themes of the absurd, ironic and magical, and matter. Her works are in major international institutions, including TRAFO Centre for Contemporary Art, Szczecin; Public Art Fund, New York; Kunsthalle Mannheim; Arsenals Exhibition Hall, Riga; and the Contemporary Jewish Museum, San Francisco. She has exhibited in important galleries, including Hamburger Bahnhof (2008), Berlin; Kestnergesellschaft (2010), Hannover; Schirn Kunsthalle (2010), Frankfurt; Galerie Kamel Mennour (2013), Paris; Metropolitan Art Society (2014), Beirut; Kunsthalle Nürnberg (2015); Fondazione Berengo (2015), Venice; 303 Gallery (2016), New York; and Whitechapel Gallery (2016), London. She received the Piepenbrock Förderpreis (2008) and Robert Jacobsen Prize (2010).