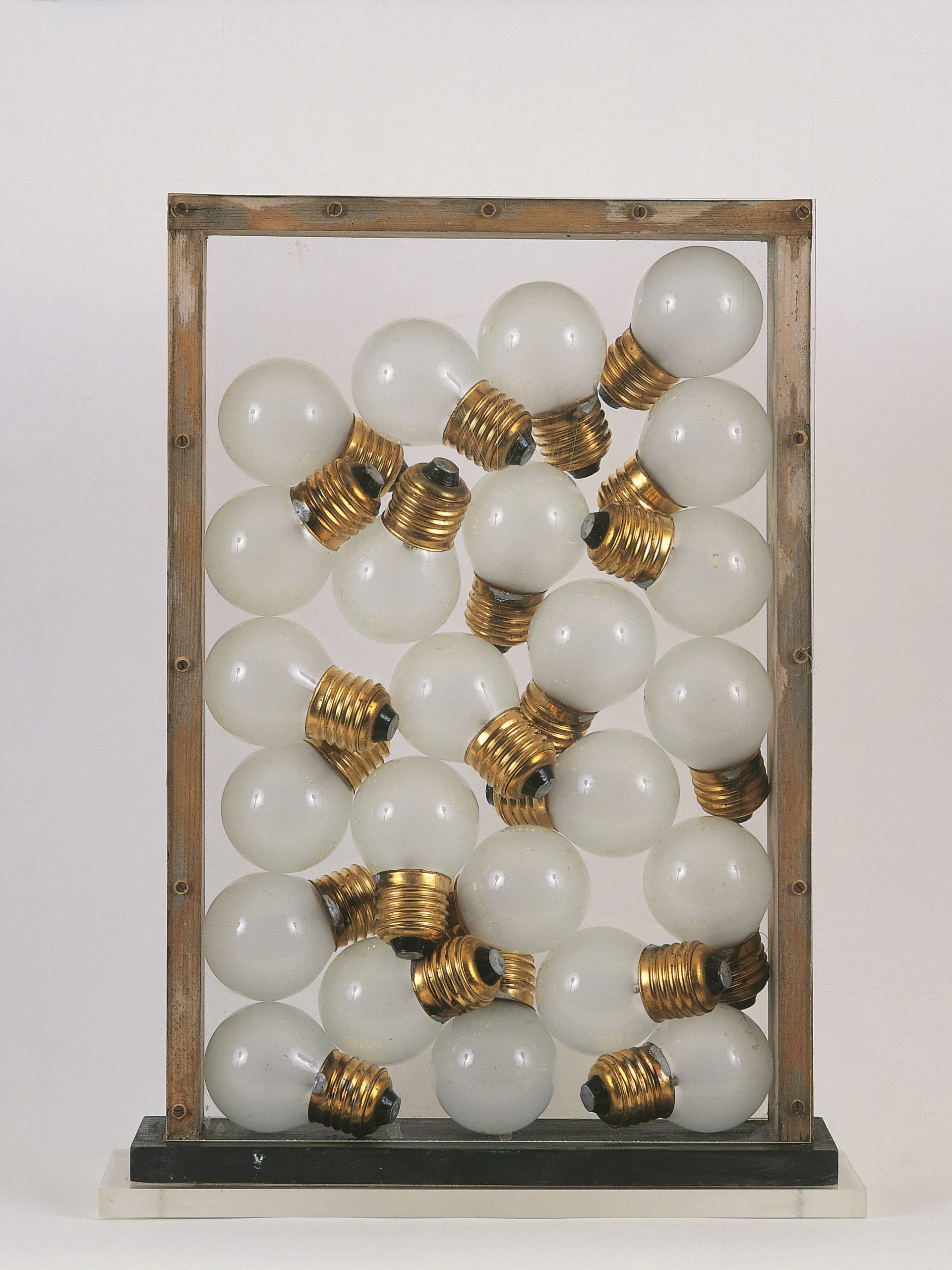 Arman (1928-2005) was a French-born American artist. His oeuvre was strongly influenced by Duchamp’s ready-mades; Kurt Schwitters’s Merzbild; and, in turn, became an important influence on Pop Art. A globally renowned artist, he is best-known for his “Accumulations” series and the destruction or re-composition of objects.

Arman studied at the École Nationale des Arts Décoratifs in Nice, where he completed his studies in 1949, followed by the École du Louvre in Paris. Inspired by an exhibition of German Dadaist Kurt Schwitters, he displayed his first major artistic project, the “Cachets” which were assemblages of stamps and fabric, in 1954; in 1957 the “Allures”, imprints made with objects dipped in paint; followed by the “Coupés”, cut-up objects, and the “Colères” objects that were smashed and then mounted as acts of artistic creation through destruction that compelled the viewers to re-evaluate their preexisting ideas on beauty. In 1960 he signed art critic Pierre Restany’s Manifesto of Nouveau Réalisme, supporting “new, sensitive, perceptive approaches to the real”, and started producing the “Poubelles”, garbage cast in resin into Plexiglas cases, later developed into “Accumulations”, arrangements of everyday objects in showcases, or welded objects, with which the artist ironically questions the wasteful characteristics of mass production. He participated in Documenta 3 (1964) and Documenta 6 (1977), Kassel; in the 36th Venice Biennale (1976); and received major retrospective exhibitions at the Houston Museum of Fine Art (1991); the Galerie Nationale du Jeu de Paume (1998), Paris; and at the Museum of Modern and Contemporary Art (2002), Nice. Posthumous exhibitions of his work have been held at the Centre Georges Pompidou (2010), Paris; Museé Tinguely (2010-2011), Basel; Paul Kasmin Gallery (2013-2014), New York; Allan Stone Projects (2015), New York; and Galerie Templon (2016), Paris, to mention a few examples.