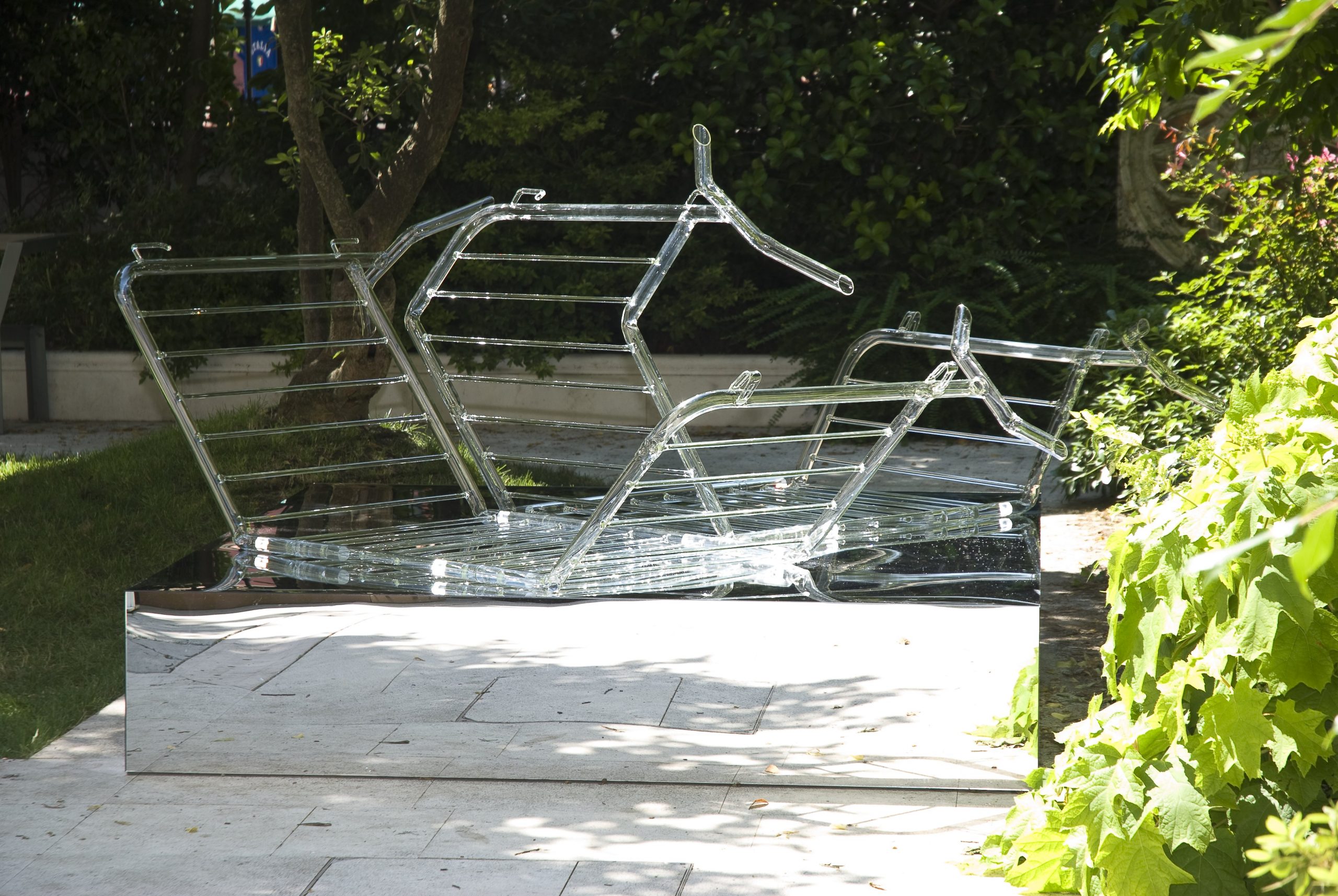 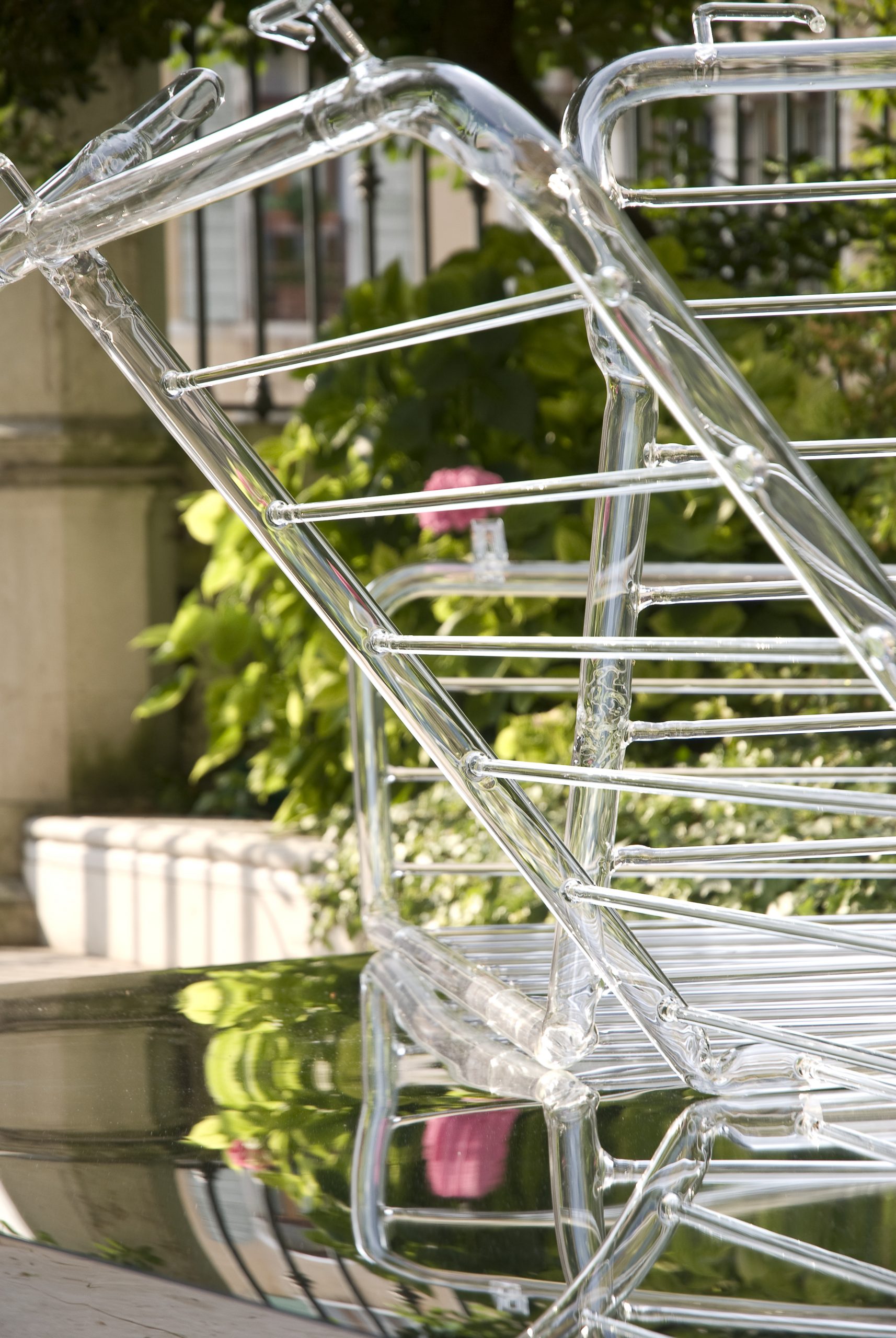 Bettina Pousttchi was born in 1971 in Mainz, Germany, and lives and works in Berlin. She often explores time and space systems through photography, video, sculpture and site-specific architectural interventions.

She studied at the Université Paris VIII (1990-1992); the University of Cologne and the Ruhr University Bochum (1992-1997); the Kunstakademie Düsseldorf (1995-1999); and the Whitney Independent Study Program in New York (1999-2000).  Since the beginning of her career, she has worked with a wide variety of media, continually addressing social and political issues. Her photographic shots of everyday life express her social inquiry, both conceptual and intuitive. In her video work, the soundtrack and close-ups guide the observer to tiny details and confront the artist’s view. She also works with the interim space between moving and still image; blurring the boundaries between cinematic experience and the photographic moment. The intersections between media, form, and content interest the artist because it questions the representation and relativity of the visible, thus undermining established orders of gazing, and raises the problem of the definition, depiction, and perception of reality. She travelled the world from 2008 to 2016 to take photographs of clocks in public spaces at the exact same time–five minutes before two o’clock in the afternoon–for her project, World Time Clock (2016), a series of 24 photographs in 24 different time zones, to create what the artist calls an “imaginary global synchronism”. She participated in the Venice Biennale (2003) and has shown her work in group and solo exhibitions including at the Museum Domus Artium (2007), Salamanca; TENT Centre of Visual Arts (2009), Rotterdam; Kunsthalle Basel (2011); Städtische Galerie (2014), Wolfsburg; Nasher Sculpture Centre (2014), Dallas; The Phillips Collection (2016) and the Hirshhorn Museum and Sculpture Garden (2016-2017), both Washington D.C. She received the Wolfsburg Art Prize (2014).