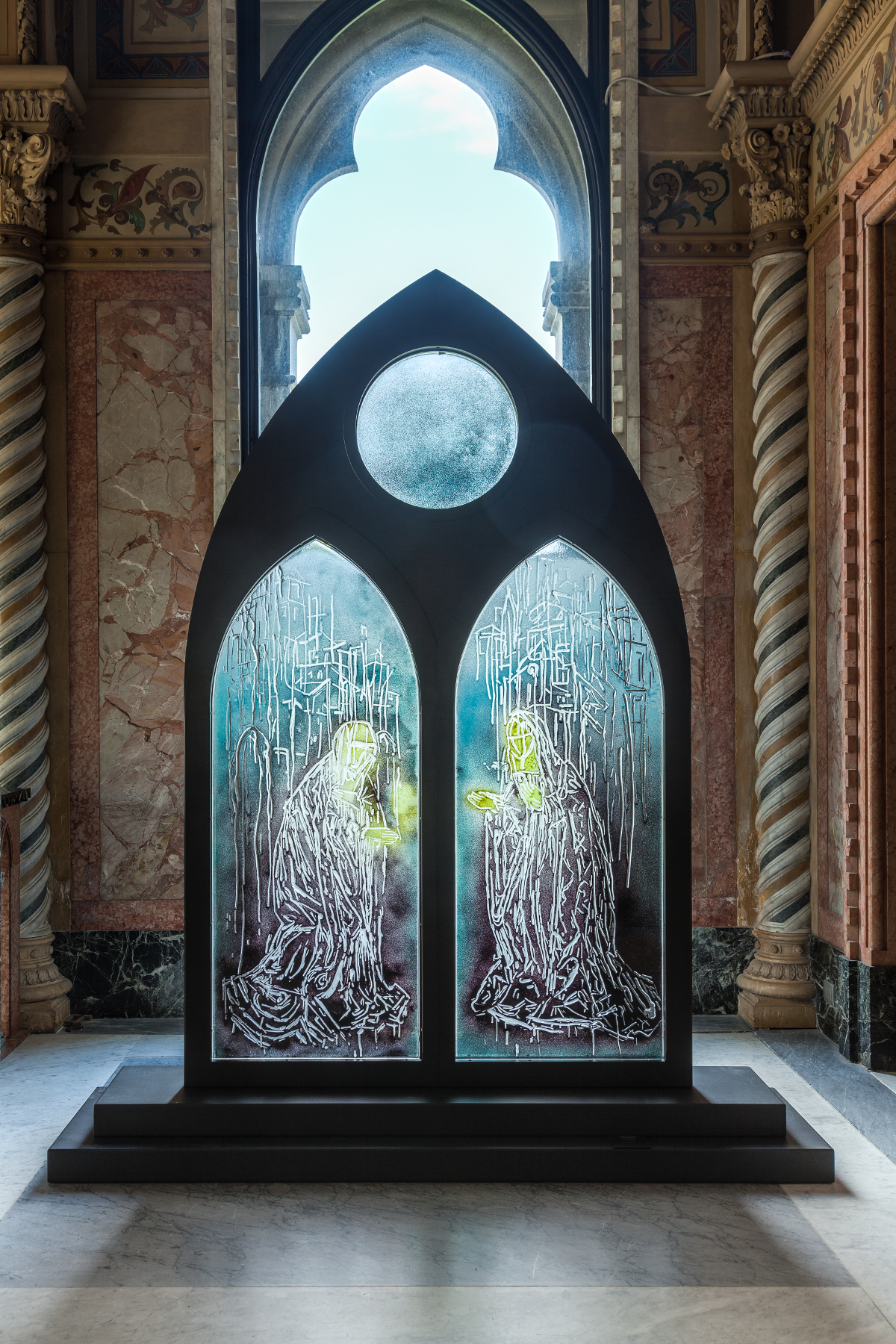 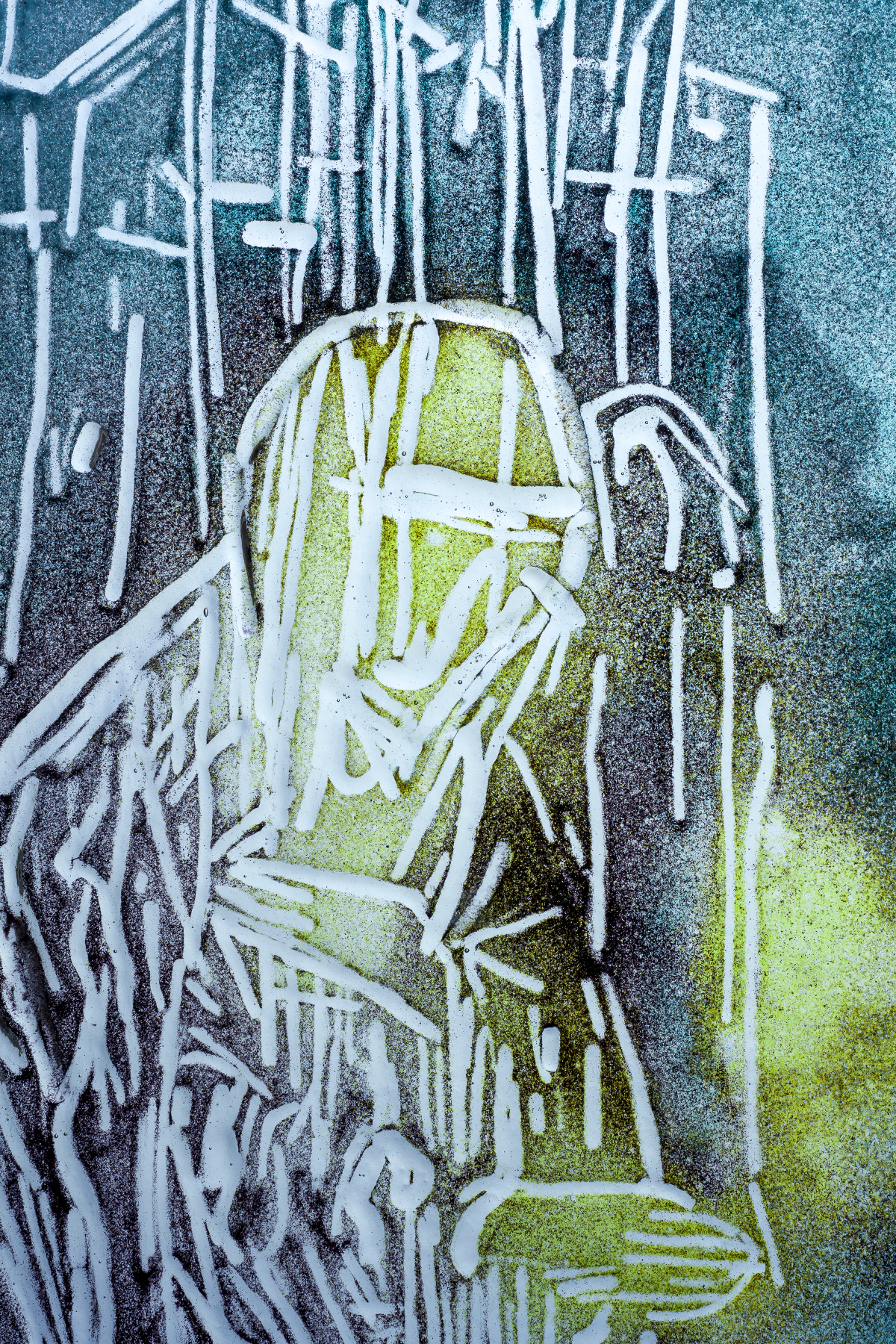 Diana Al-Hadid was born in 1981 in Aleppo, Syria, and lives and works in Brooklyn. Her works are defined by “impossible architecture”: plaster, gold leaf, wood, fiberglass and steel are used by the artist to create monochromatic sculptures that seem to dissolve into space.

In 2003, she received a BA in History of Art and a BFA in Sculpture from Kent State University, Ohio; in 2005, she received an MFA in Sculpture from Virginia Commonwealth University, Richmond; and, in 2007, graduated from the Skowhegan School of Painting and Sculpture. Her work is complex and draws on various fields of art. The creation of her artworks is a meticulous additive process where the artist methodically adds the amount of pigment necessary, a technique that is not dissimilar to fresco. With the work The Tower of Infinite Problems (2008), the artist focuses on the etymological and historical significance of the Tower of Babel; the symbols and meanings that are derived from this term refer to the issues of the meeting of different cultures. This theme becomes central not only as historical reasoning but especially as it continues to reflect a very delicate issue today. Her works are held in many museums, including the Virginia Museum of Fine Arts, Richmond; The Museum of Fine Arts, Houston; The Whitney Museum of American Art; and The Judith Rothschild Foundation, New York. In recent years she has been involved in various residency programs and the most important include: The Joan Mitchell Foundation (2001), Pollock-Krasner Foundation (2007), Louis Comfort Tiffany Foundation (2009) and USF Institute for Research in Art (2010). Her most recent exhibitions include shows at the Secession Building (2014), Vienna; OHWOW Gallery (2015), Los Angeles; Fondazione Berengo (2015), Venice; and the NYUAD Gallery (2016), Abu Dhabi.