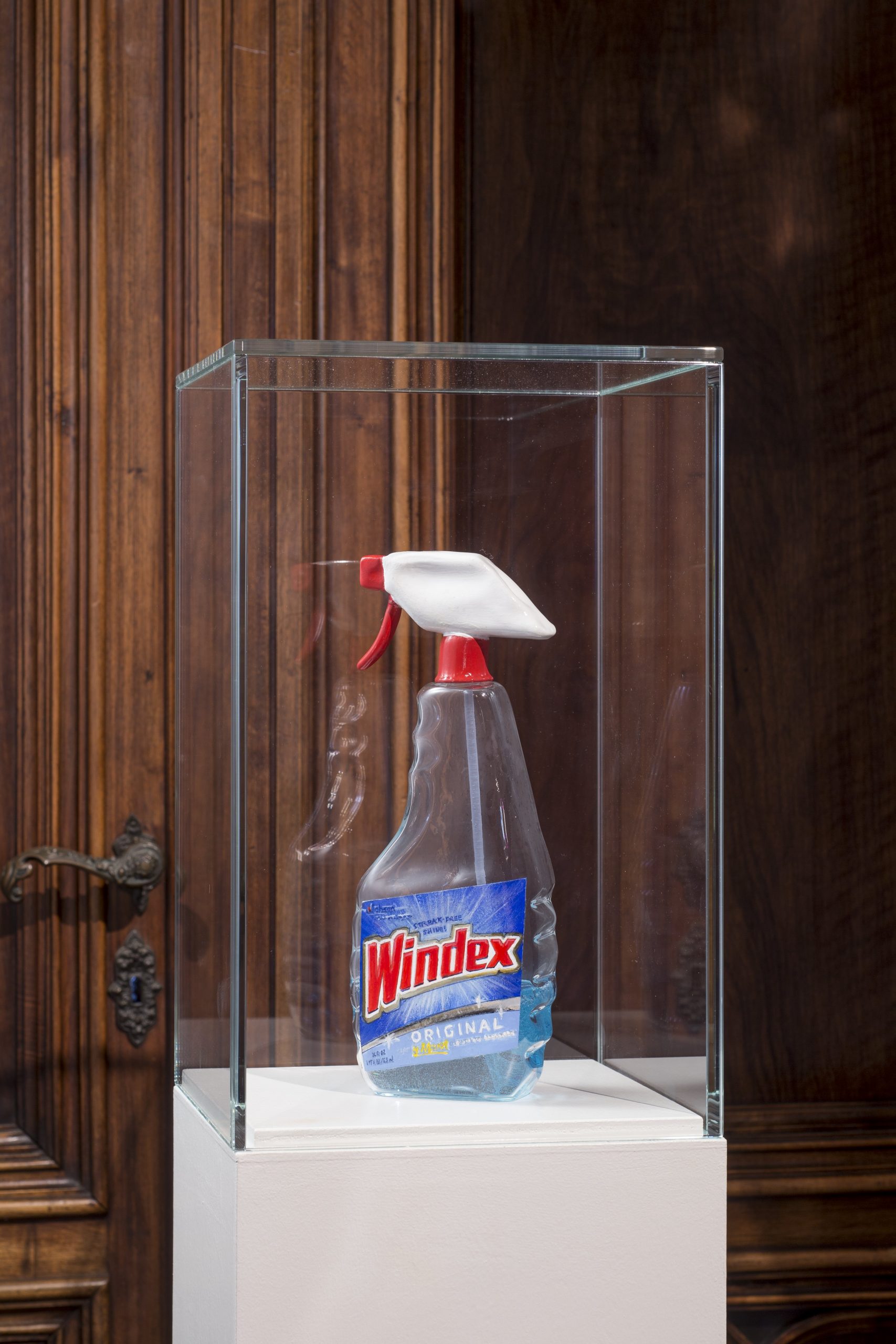 Dike Blair was born in 1952 in New Castle, Pennsylvania, and lives and works in New York. Exploring the relationship between painting and sculpture through mixed-media installations, he creates gouache paintings of scenes of daily life that are in sharp contrast to his minimal, industrial and abstract sculptures.

He studied at the University of Colorado (1971-75), Boulder; the Skowhegan School of Painting and Sculpture (1974), Maine; completed a Whitney Independent Study Program (1976) in New York, and received his M.F.A. from The Art Institute of Chicago in 1777. Since the mid-1980s, Dike has observed the immediate world around him to create photorealist still-life’s and landscapes on paper that are based on his own snapshots, sometimes manipulating the photograph to extract mundane details and expand them, and replicating objects such as different drinks on bar napkins, women’s eyes, plants, or cigarettes on ashtrays. In contrast to his always representational gouaches, his sculptural output is largely post-minimal and abstract, often using industrial elements such as lamps, power cords, carpets, or window panes, door-frames and most recently, shipping crates. The juxtaposition of his contrasting works often highlights thematic pairs and dualities such as interior and exterior, nature and architecture, center and periphery. He has exhibited extensively in group and solo shows including at the: Whitney Biennale (2004), New York; Mary Goldman Gallery (2005, 2008), Los Angeles; Blondeau Fine Art Services (2007), Geneva; Weatherspoon Art Museum, University of North Carolina (2009), Greensboro; D’Amelio Terras (2007), Gagosian Gallery (2010) and Feature Inc. (2013), all New York; Linn Lühn (2014, 2016), Düsseldorf; Independent Brussels (2016); and The Vienna Secession (2016). He won the Gagosian Fellowship (2009) and the Rome Prize (2010). Since 1997, he has been an Adjunct Professor in Painting at the Rhode Island School of Design.