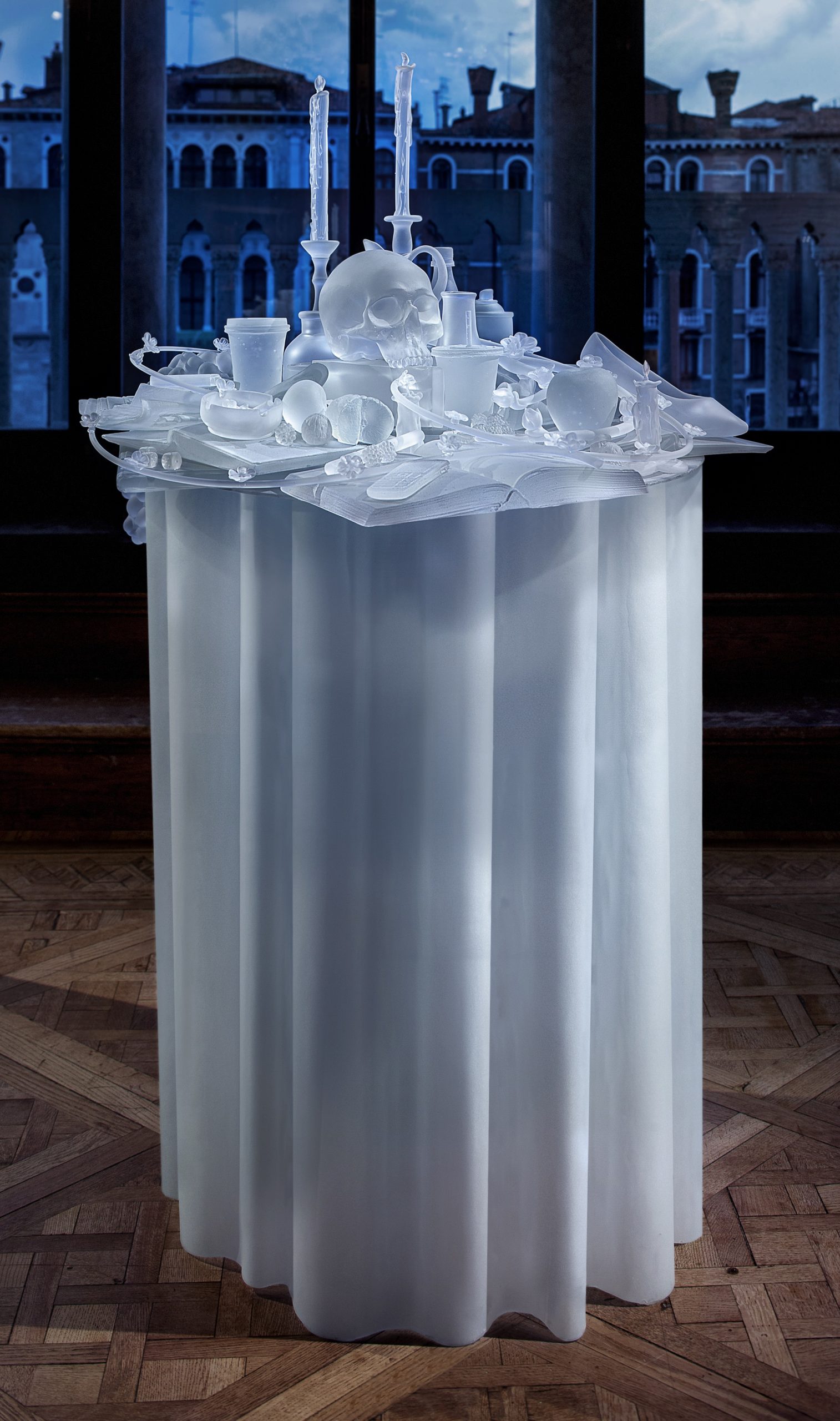 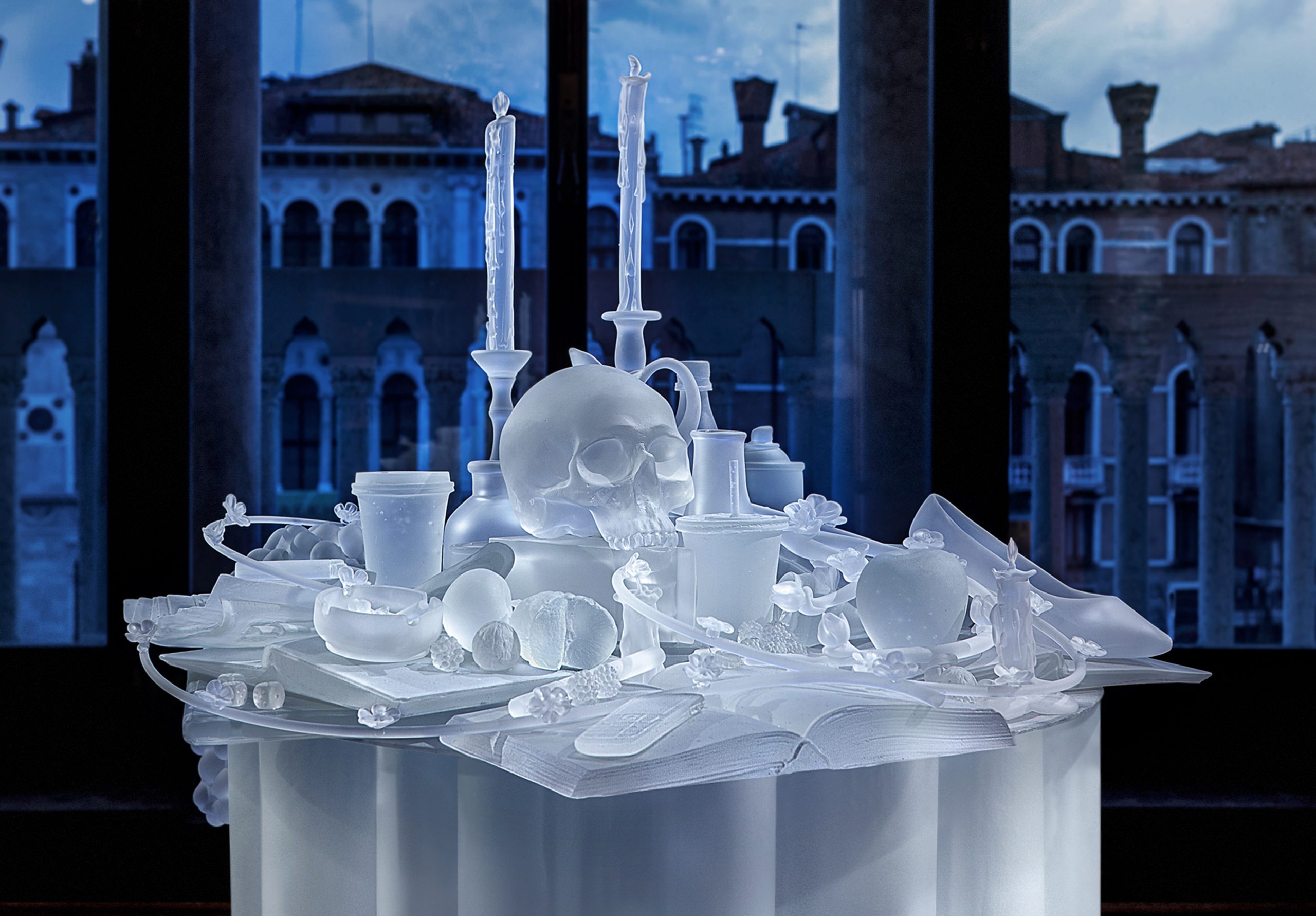 Hans Op de Beeck was born in 1969 in Turnhout, Belgium, and lives and works in Brussels and Gooik. He proposes themes dear to the history of art, such as landscapes, to re-examine the motifs of melancholy and the Sublime.

In 1996, he received a MA in Visual Arts from the Hogeschool Sint-Lukas in Brussels. Between 1996 and 1997, he participated in a post-MA course at the Higher Institute for Fine Arts-Flanders in Antwerp and, between 1998 and 1999, he completed another post-MA course at the Rijksakademie in Amsterdam. His works are a reflection of the contemporary world and explore issues related to the abstraction of space and time; these themes are then analyzed in relation to important social changes. His artistic practice is fueled by his interest in the study of the social dynamics and the contrast between reality and representation. He also aims to stimulate the viewer’s sensory experience by creating visual games. In the recent series Vanitas variations (2015), the artist created several compositions in wood and synthetic gypsum, which recall the genre of still life. The piece is monochrome-shades of gray-and a glass variation was realized for the artist’s participation in Glasstress Gotika (2015), Fondazione Berengo, Venice. His works are present in numerous collections such as the Galerie Krinzinger, Vienna; Marianne Boesky Gallery, New York; and Galerie Ron Mandos, Amsterdam. Since 2000 the artist has participated in numerous group and solo exhibitions, most recently in Prague (2015), New York (2015), Vienna (2015–2016), Paris (2016), Toulouse (2016), Basel (2016), Dordrecht (2016), and Amsterdam (2016). He won the Prix Jeune Peinture Belge (2001), Brussels, and participated in a residency at MoMA PS1 in New York (2002-2003).