THE DRESS OF GLASS AND FLAME 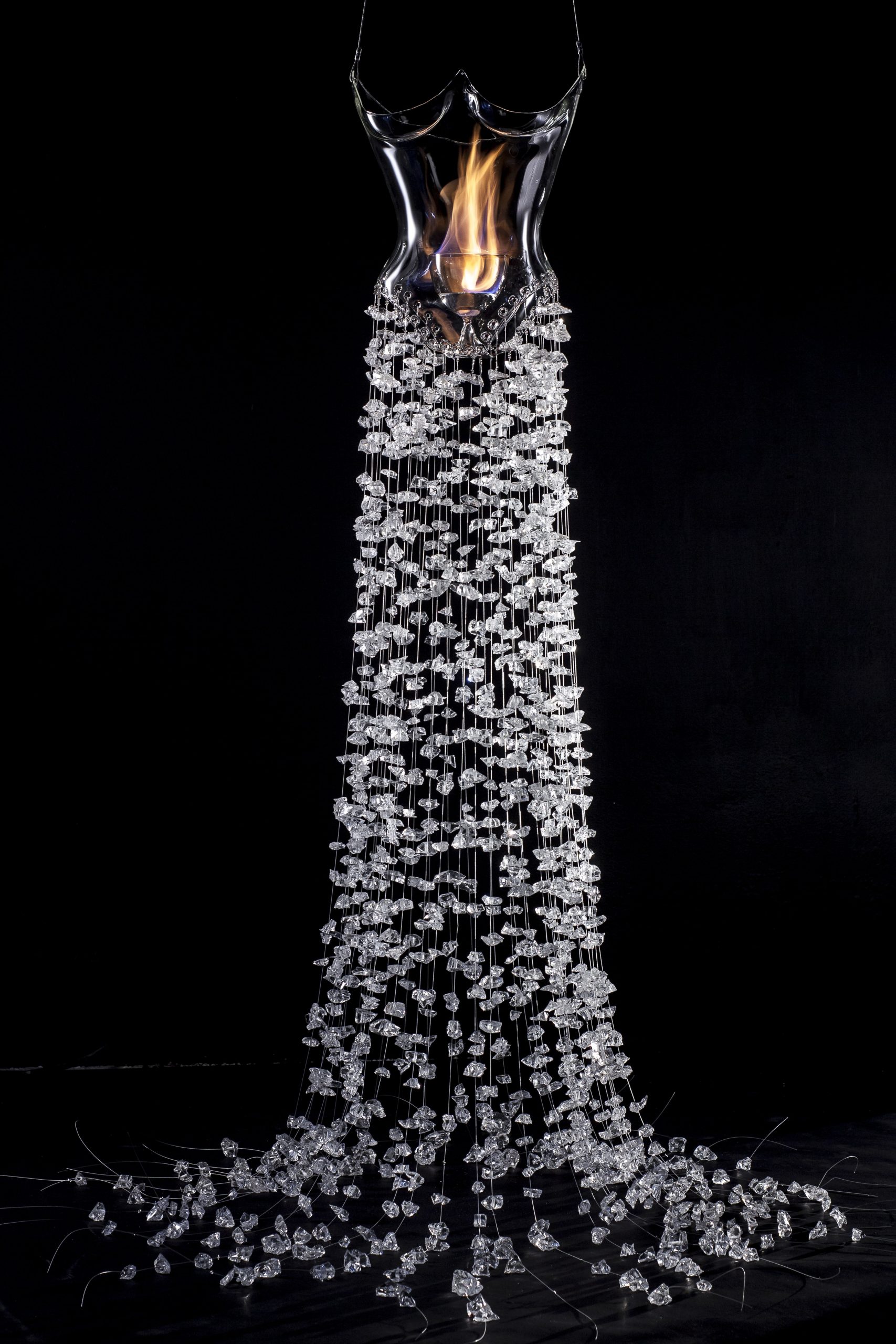 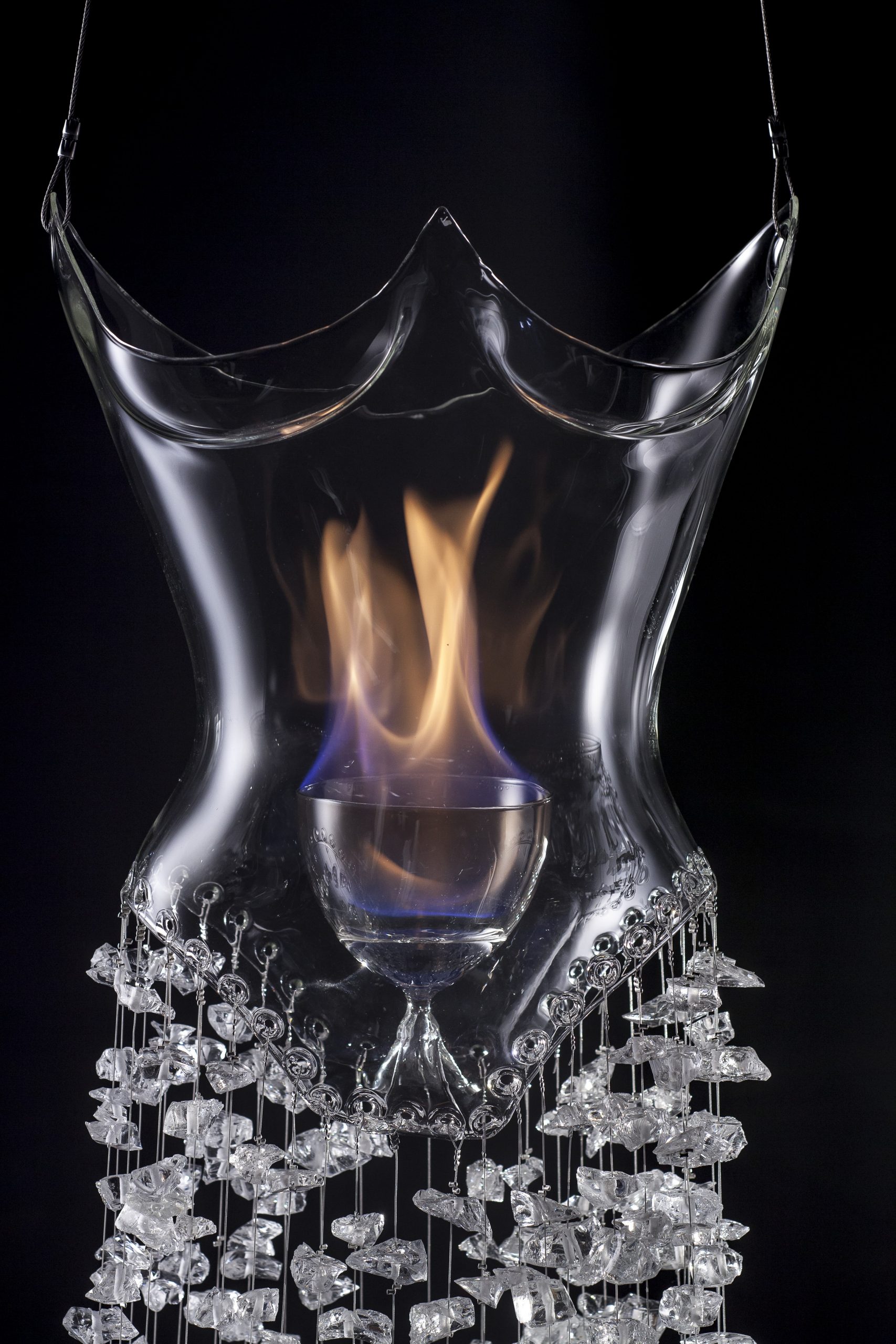 Helen Storey was born in 1959 in London, where she lives and works. She is an award-winning fashion designer and artist, known for her innovative design that combines the worlds of fashion, art, technology and science.

She graduated in Fashion from Kingston Polytechnic in 1981 and began her career as a fashion designer, studying in Milan alongside Valentino and Lancetti during the early 1980s before launching her own label in 1984. In 1997, she collaborated with her biologist sister, Kate Storey, for Primitive Streak: a Wellcome Trust funded project that imagined eleven key moments in human embryo development, brought to life in textiles; it made its debut at the Institute of Contemporary Arts (1997). Since then, she has continued to create trailblazing hybrid projects in an attempt to make challenging scientific concepts more accessible to the public. Her current research, developed in collaboration with scientist Tony Ryan, is Catalytic Clothing: an exploration into how the surface of clothing can be used to purify air. Her works have been exhibited world-wide including most recently at the Wellcome Collection (2015) and Science Museum (2016), both London; and the National Museum of Scotland (2016), Edinburgh. Among her numerous prizes and accolades, she was nominated for British Designer of the Year (1990, 1991); has won Most Innovative Designer (1990); Best Designer Exporter (1990); British Condé Nast Traveler Award for Best Design & Innovation for the Catalytic Clothing Project (Sustainability category) (2012); and Royal Designer for Industry, Royal Society of the Arts (2015). She was awarded Member of the Order of the Most Excellent Order of the British Empire (2009), an Honorary Doctorate of Science at University of Sheffield and Honorary Professor of Craft and Design at University of Dundee (2012). She is a Professor of Fashion Science at the University of the Arts, London, and Co-Director of The Helen Storey Foundation.