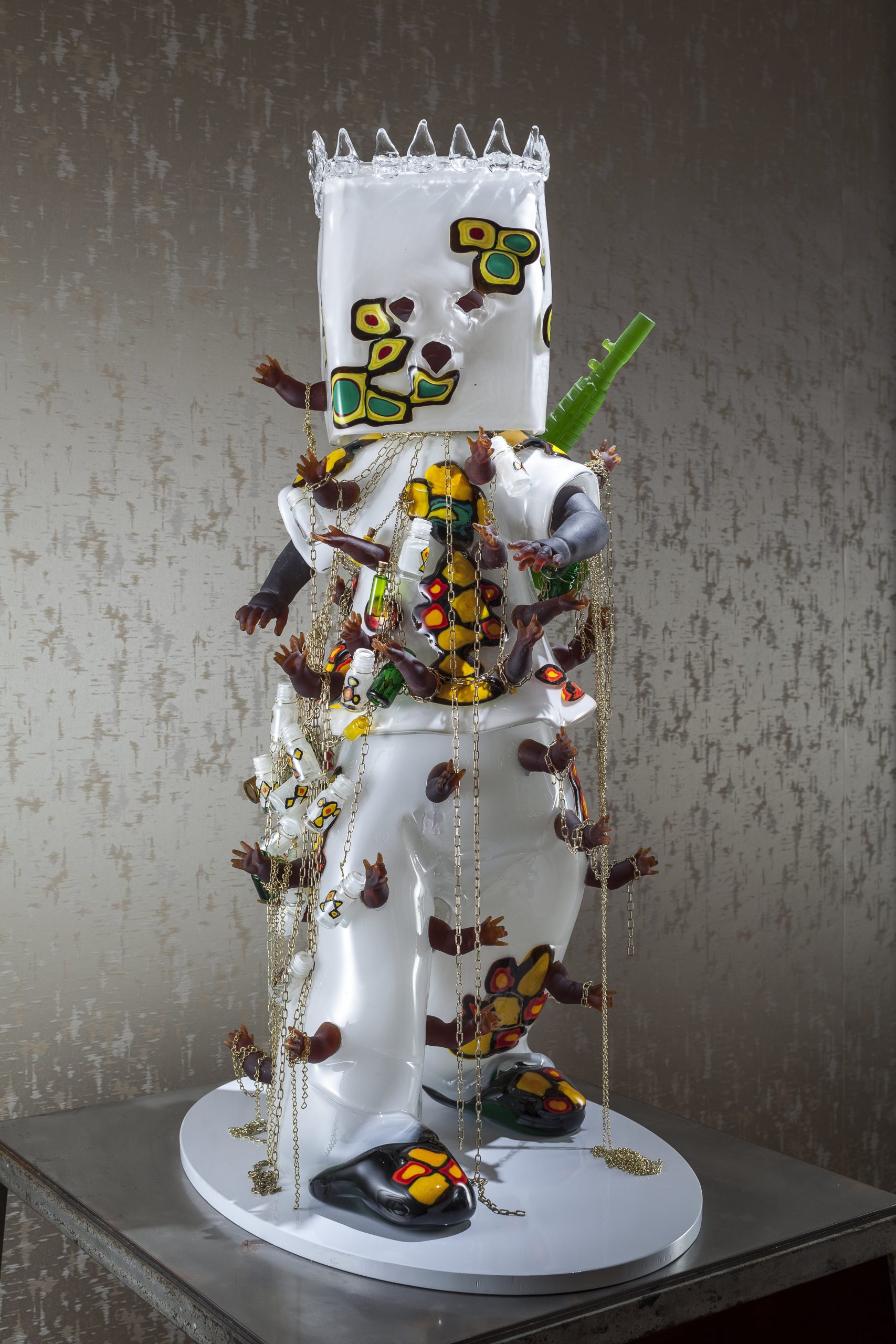 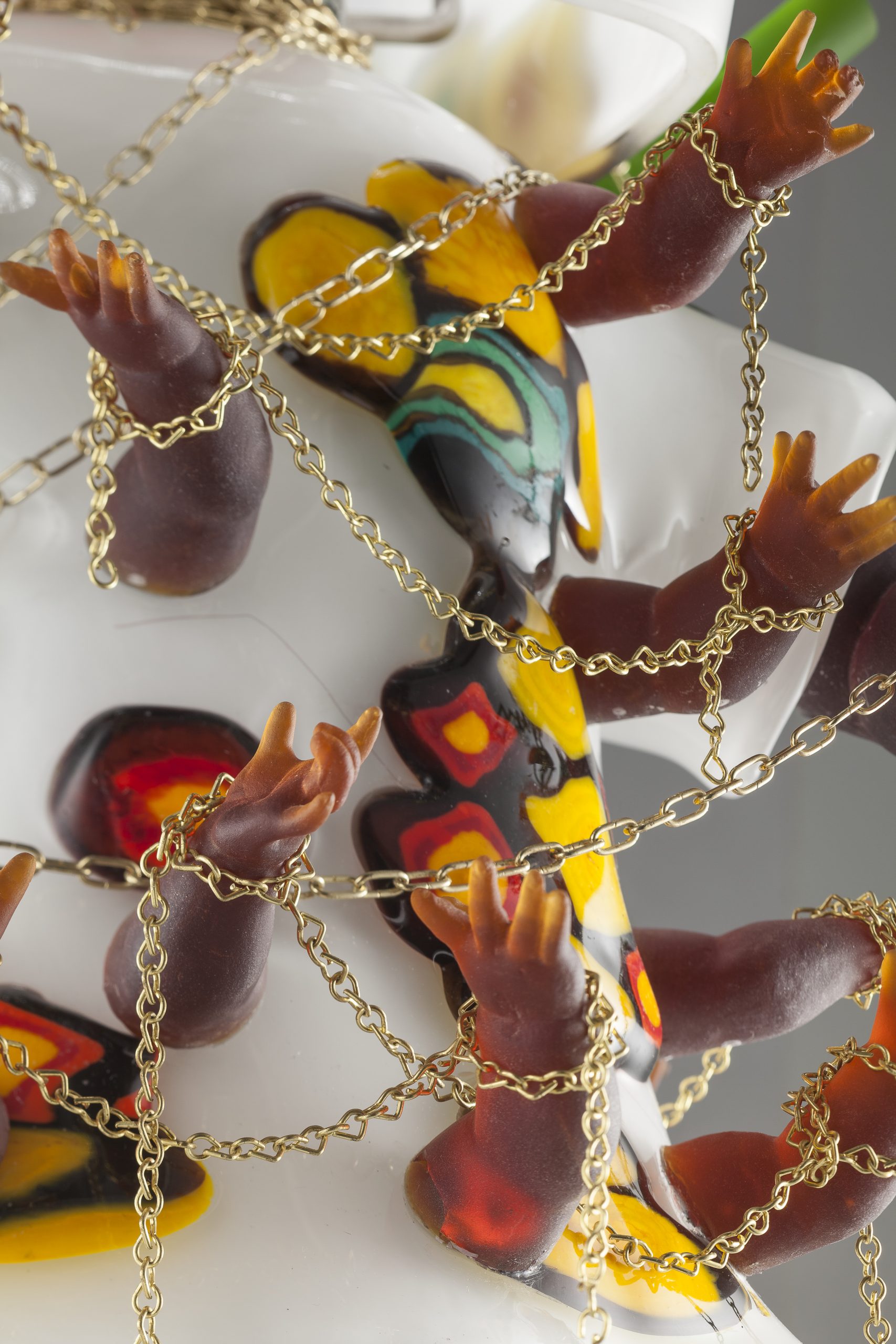 Hew Locke was born in 1959 in Edinburgh, United Kingdom, and between 1966 and 1980 he lived in Georgetown, Guyana. He lives and works in London. This visual artist creates innovative projects that combine past and present by fusing, juxtaposing, or reworking existing objects with historical sources.

In 1988, he graduated in Fine Arts at Falmouth University and, in 1994, in Sculpture from the Royal College of Art in London. Locke analyzes the language of colonial and post-colonial powers and the formation of different cultures born as a result of authoritarian governments; furthermore, he analyzes how these realities have changed over time. He often takes a cue from art-historical periods, such as the Baroque and Victorian eras, which he interprets in a contemporary way and uses numerous media including painting, drawing, photography, and textiles. In the series Queen (2004–2005), realized in three versions-El Dorado, Black Queen, and Koh-i-noor-the artist created a sculpture of Queen Elizabeth II composed of weapons, plastic objects, and insects. These pieces, which recall Warhol’s screen prints as well as the images reproduced on British postage stamps, address the delicate issue of globalization. As the artist stated in an interview with The Guardian (2015): “If I wasn’t an artist, I’d be a historian.” His works are in numerous collections including the Tate Gallery, the British Museum, and the Victoria & Albert Museum, London; The Arts Council of England; The National Trust; The Brooklyn Museum, New York; and The Henry Moore Institute, Leeds. He participated in Glasstress (2013), Venice, and exhibited his works in Runnymede (2015) and the HMS Belfast (2015), London; and at Edward Tyler Nahem Fine Art (2016), New York. He received the Paul Hamlyn Award (2000) and the East International Award (2000).