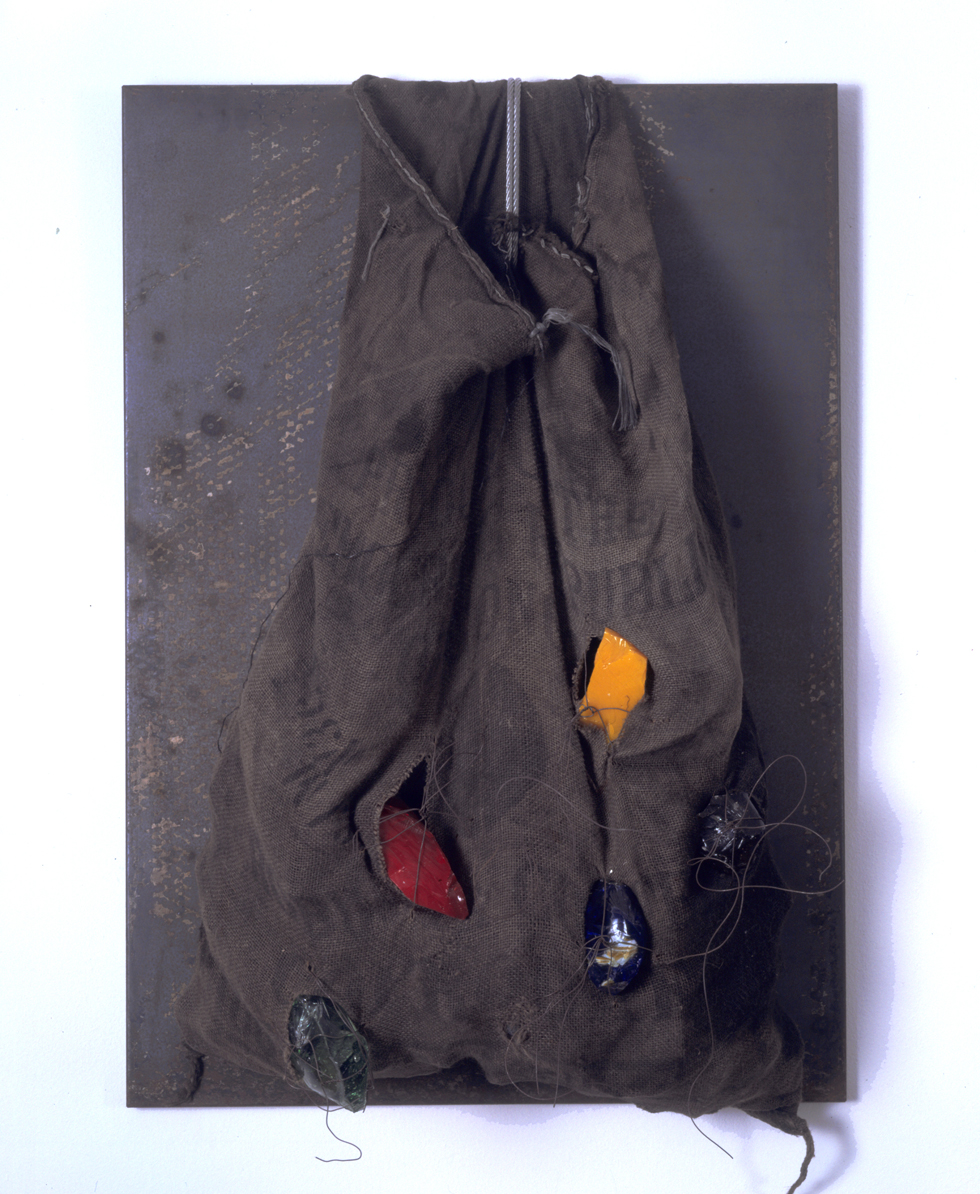 Jannis Kounellis was born in 1936 in Piraeus, Greece, and lives and works in Rome. A key figure of Arte Povera he explores the inherent alienation in contemporary society in painting, sculpture, installation and performance.

He emigrated to Italy in 1956 and enrolled at the Accademia di Belle Arti in Rome. As a student, in 1960, he had his first solo show, L’alfabeto di Kounellis, at the Galleria La Tartaruga, Rome. Originally emerging as a painter, in the 1960s, he introduced humble materials and objects into his paintings such as wool, earth, fire, and the canvas was replaced by doorways, bed frames, or windows shifting his focus to installations and sculpture. In 1967, he joined Germano Celant’s Arte Povera movement and exhibited live horses at the Galleria Attico in Rome in 1969. In the 1970s Kounellis continued to build his vocabulary of materials, introducing smoke, shelving units, trolleys, coffee grinds, and coal as societal indicators of commerce, transportation, and economics. From the 1980s onwards, he has continuously experimented with combinations of odd materials and diverse to transform the immediate environment and confront established norms of culture, industry and government. His work is included in prestigious institutions, including the Tate Gallery, London; the Guggenheim Museum, Bilbao and New York; The Museum of Modern Art, New York; and Centre Georges Pompidou, Paris. He has participated in numerous international events such as Biennale de Paris (1967, 1969); Documenta (1972, 1977, 1982), Kassel; the Istanbul Biennale (1993); The Biennale of Sydney (2008); 3rd Thessaloniki Biennale of Contemporary Art (2011); and many editions of the Venice Biennale (1972, 1976, 1978, 1980, 1984, 1988, 1993, 2015). Most recently, his work has been shown in solo and group exhibitions at the Tate Modern (2009), London; Museum of Cycladic Art (2012), Athens; Kunstmuseum Basel (2012); Gallerie dell’Accademia (2012), Florence; Giacomo Guidi Arte Contemporanea (2013), Rome; Fondazione Cini (2013), Venice; and Musée d’Art Moderne de Saint Etienne (2015).