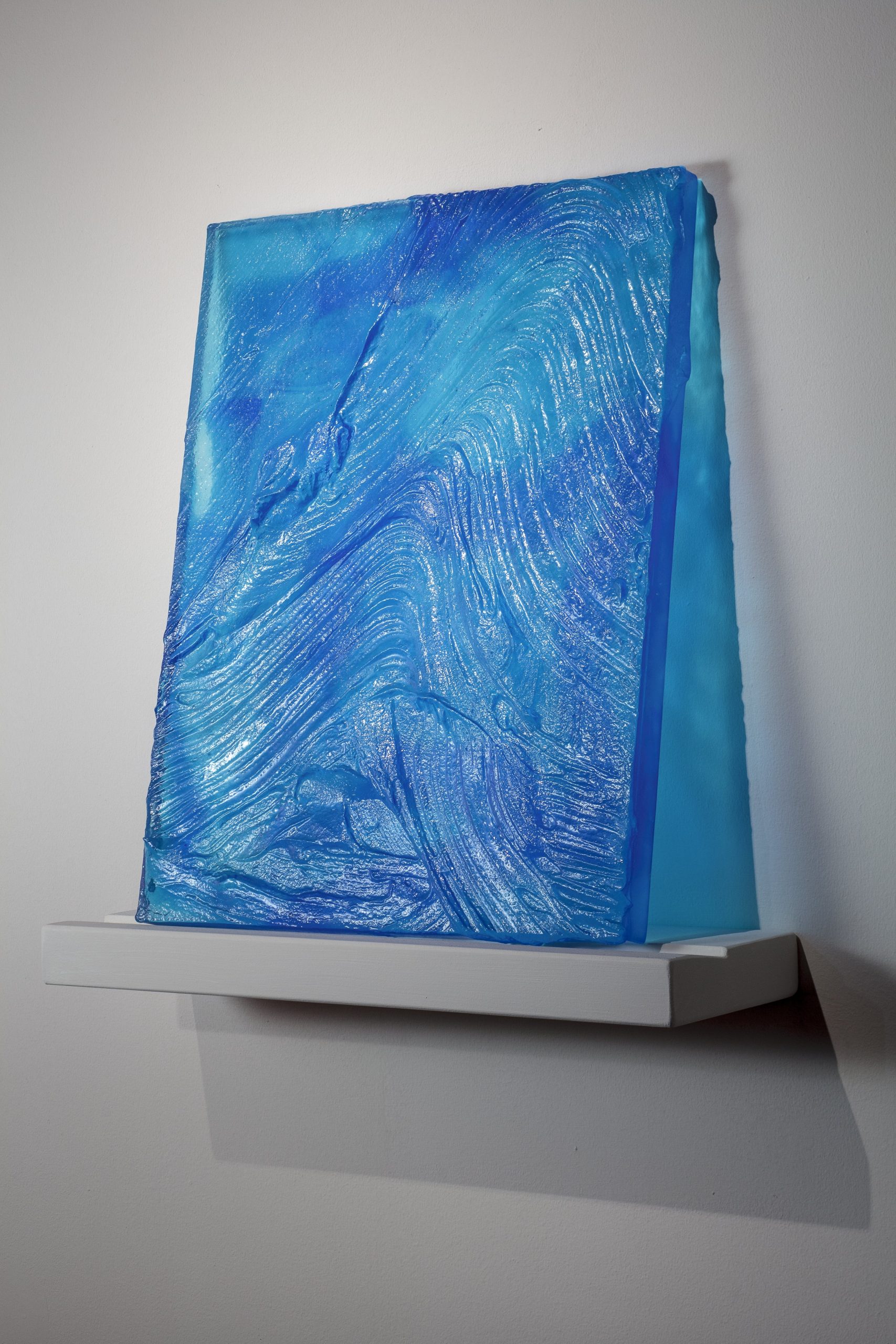 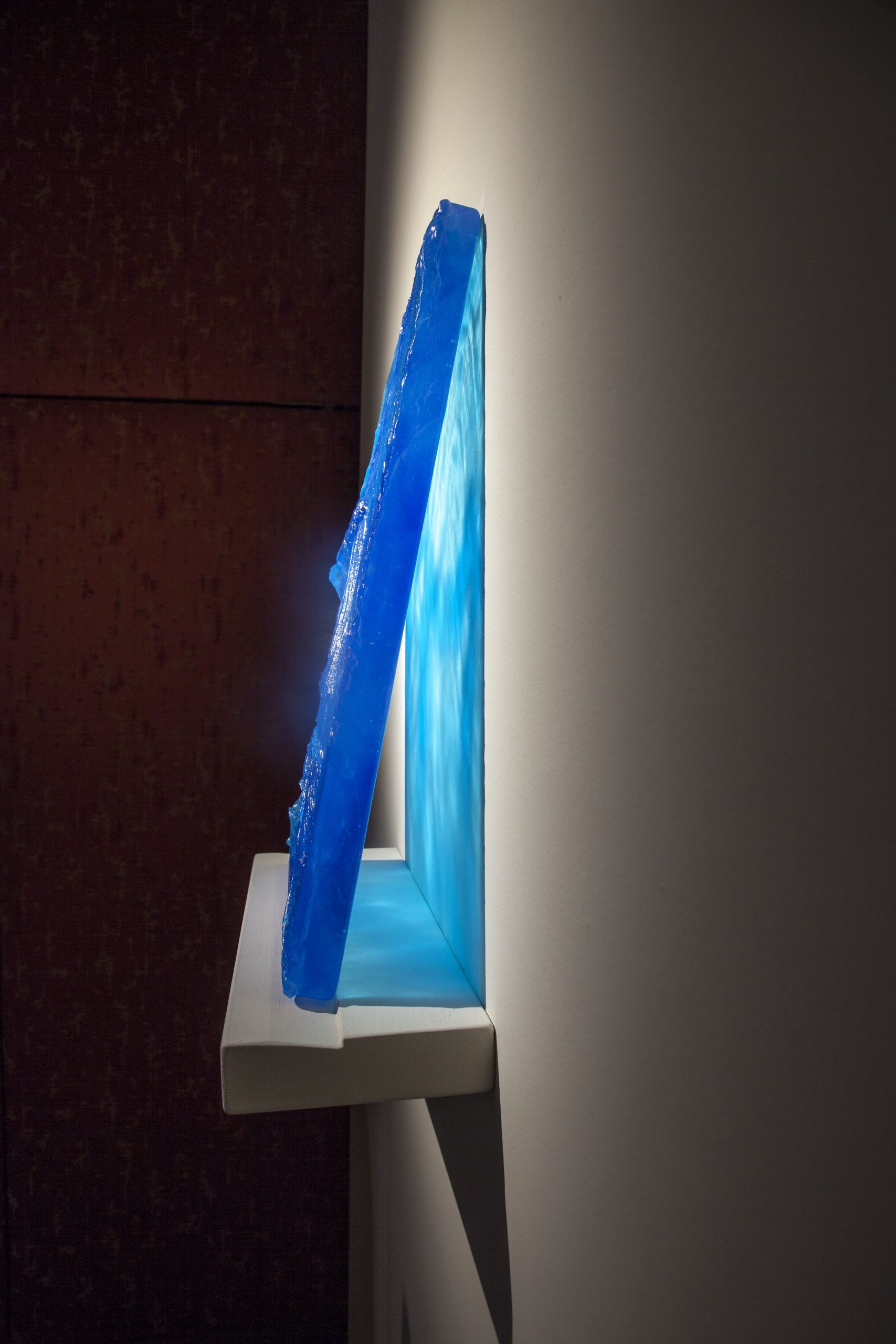 Jason Martin was born in 1970 in Jersey, Channel Islands, and lives and works in London and Lisbon. His work is fundamentally concerned with the action of painting and paint itself, its material quality and sculptural potential.

In 1993, he received his BA with Honors from Goldsmiths, University of London. In the 90s, he gained attention through his association with other Young British Artists at Charles Saatchi’s iconic Sensation exhibition in 1997 at the Royal Academy of Art. Known for his pure-pigment paintings, he infuses energy into each stroke calling to mind the action of abstract expressionism, as well as minimalist paintings. Light plays across the sculpted surface of his thick overlaid brushstrokes echoing the dynamism and vigor of its creation. Most recently, he made a radical departure from his monochrome paintings on an aluminum or Plexiglas support, through his sculptural piece Behemoth (2012) which presents a monumental block of undulating raw cork, dyed with pure black pigment. Pushing the limits of paint as a medium is at the heart of Martin’s artistic language. He has exhibited extensively internationally and has had recent solo exhibitions at Pearl Lam Galleries (2013), Hong Kong; Galerie Thaddaeus Ropac (2014), Paris; L.A. Louver Gallery (2008, 2011, 2016), Los Angeles; Museum Gegenstandsfreier Kunst (2016), Otterndorf, Germany; and numerous times at Lisson Gallery (1996, 1997, 1999, 2004, 2012, 2013, 2016), London. He is the prizewinner of the John Moores 21, Liverpool Biennial of Contemporary Art (1999), and of the Golfo della Spezia, European Biennial of the Visual Arts (2000), La Spezia, Italy.