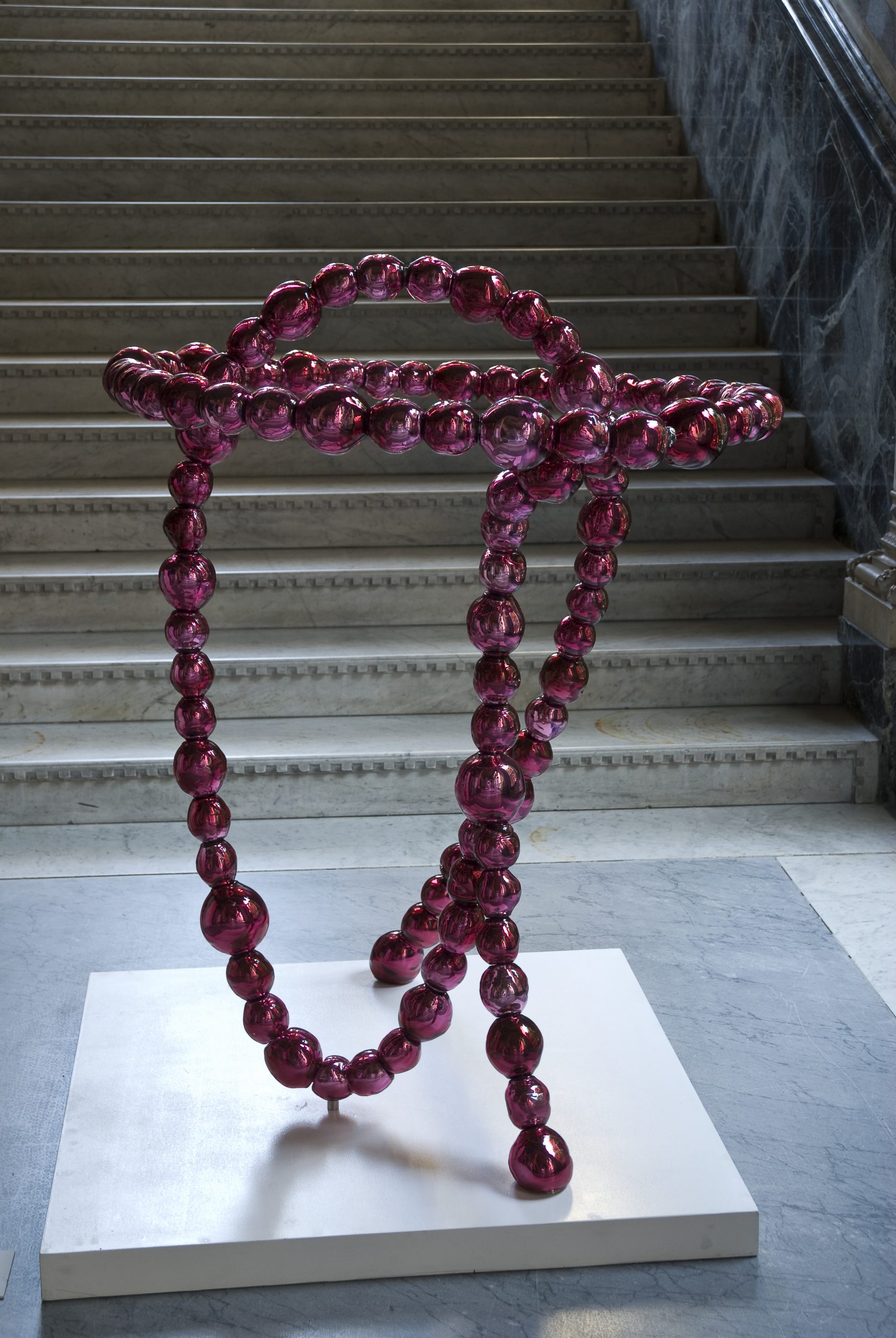 Jean-Michel Othoniel was born in 1964 in Saint-Étienne, France, and lives and works in Paris. Fond of metamorphoses and materials with reversible properties, he is best-known for his large-scale glass sculptures.

In 1988, he graduated from the École Nationale Supérieure d’Arts in Cergy-Pontoise. In 1992, established himself on the international scene when he displayed his sulfur sculptures at Documenta IX in Kassel and the following year he introduced glass into his practice and began to explore its properties. His transformations, mutations of materials, and rites of passage from one state to another explore themes of fragility, ephemerality, and memory. In 2000, he created his first public commission Le Kiosque des Noctambules for the Palais-Royal-Musée du Louvre station of the Paris metro. He realized Crystal Palace (2003) for the Cartier Foundation in Paris and MOCA in Miami, asking glassblowers in Venice and Marseille to help him create enigmatic sculptures incorporating jewelry, architecture, and erotic objects. His current practice has adopted an architectural dimension, creating site-specific installations in gardens, museums and historical sites worldwide, such as Les Belles Danses (The Beautiful Dances) (2015) in the gardens of the Château de Versailles. He has participated in the most prestigious exhibitions of contemporary art, such as Documenta 9 (1992), Kassel; Centre Georges Pompidou (1994), Paris; Tate Liverpool (1999); The Kwangju Biennale (2000), Korea; The Istanbul Biennale (2007); and Glasstress (2009), Venice. He has had solo shows at the Peggy Guggenheim Collection (2008), Venice; Centre Georges Pompidou (2011), Paris; Brooklyn Museum (2012), New York; Hara Museum of Contemporary Art (2012) and Mori Art Museum (2013), both Tokyo; Atelier Cézanne (2014), Aix-en-Provence; Isabella Stewart Gardner Museum (2015), Boston; and Kukje Gallery (2016), Seoul. He was granted a residency at the Villa Medici (1996), Rome.