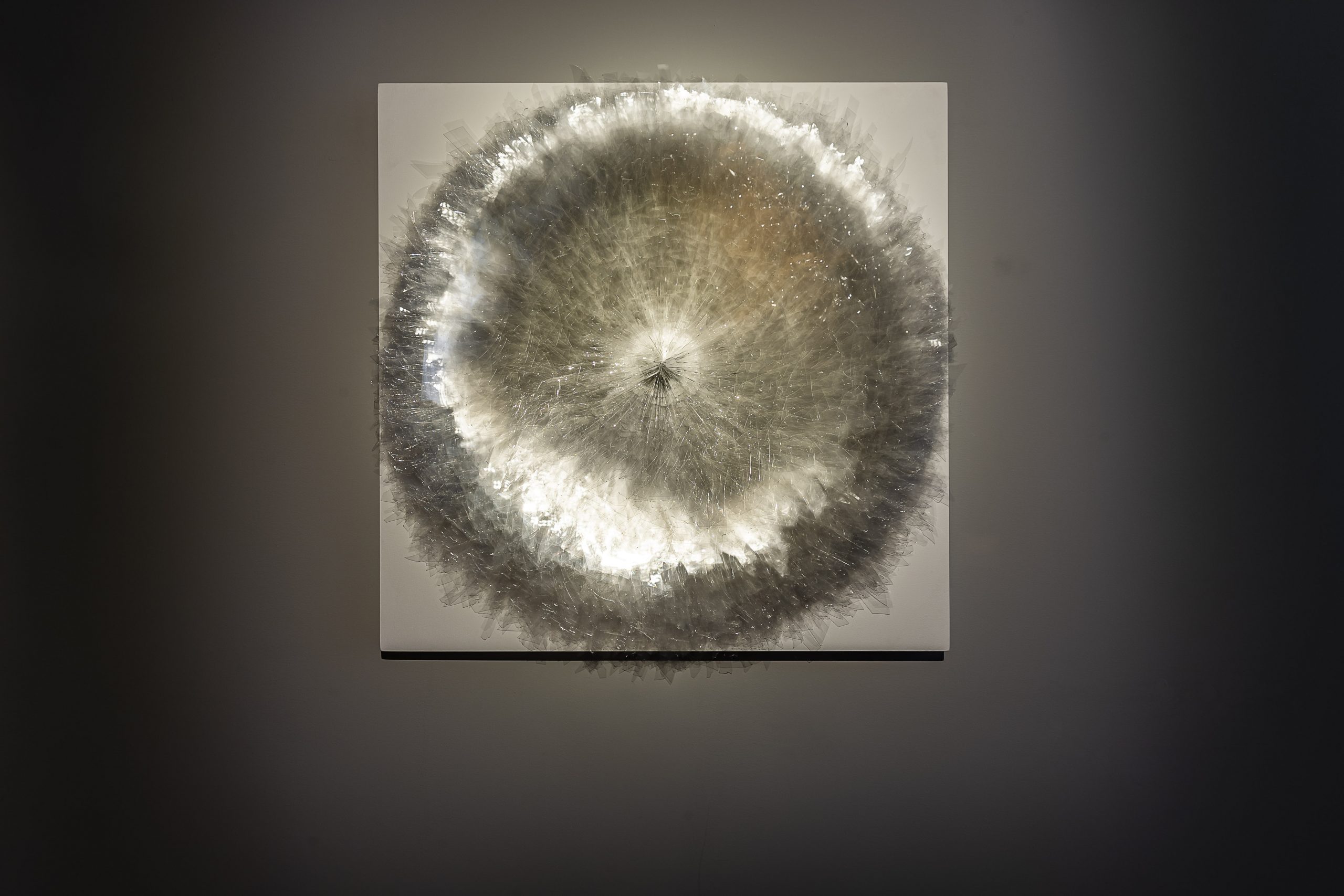 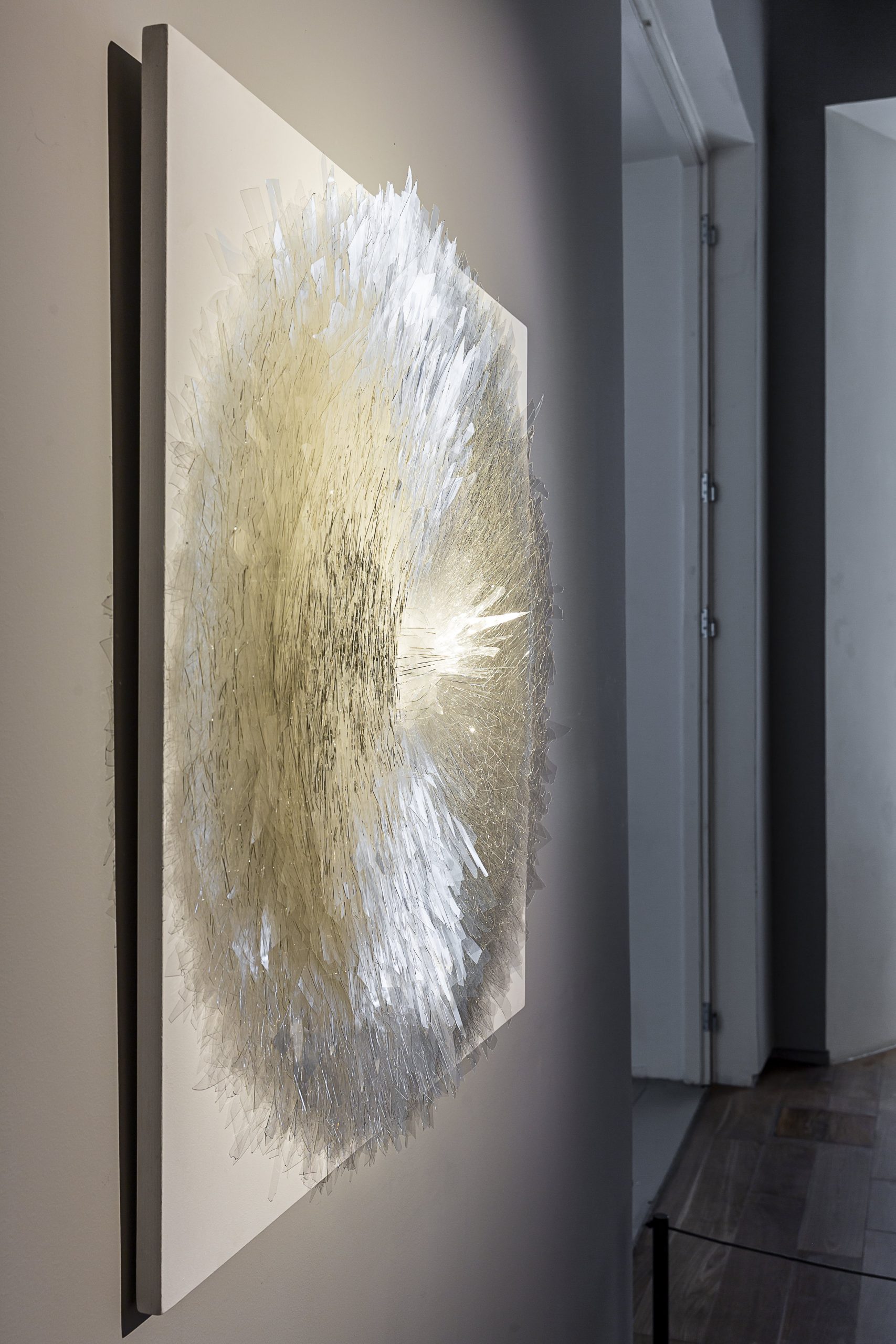 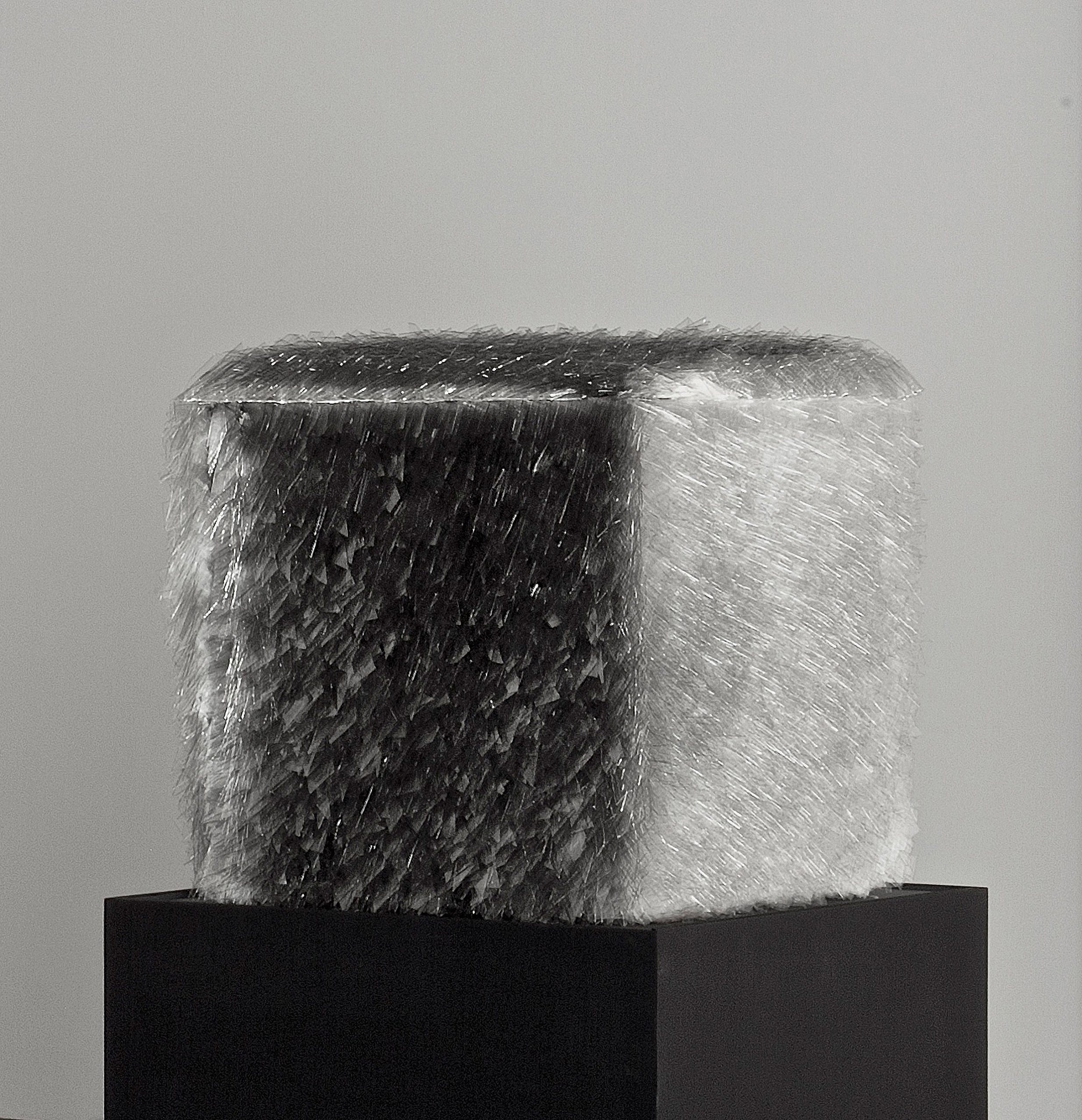 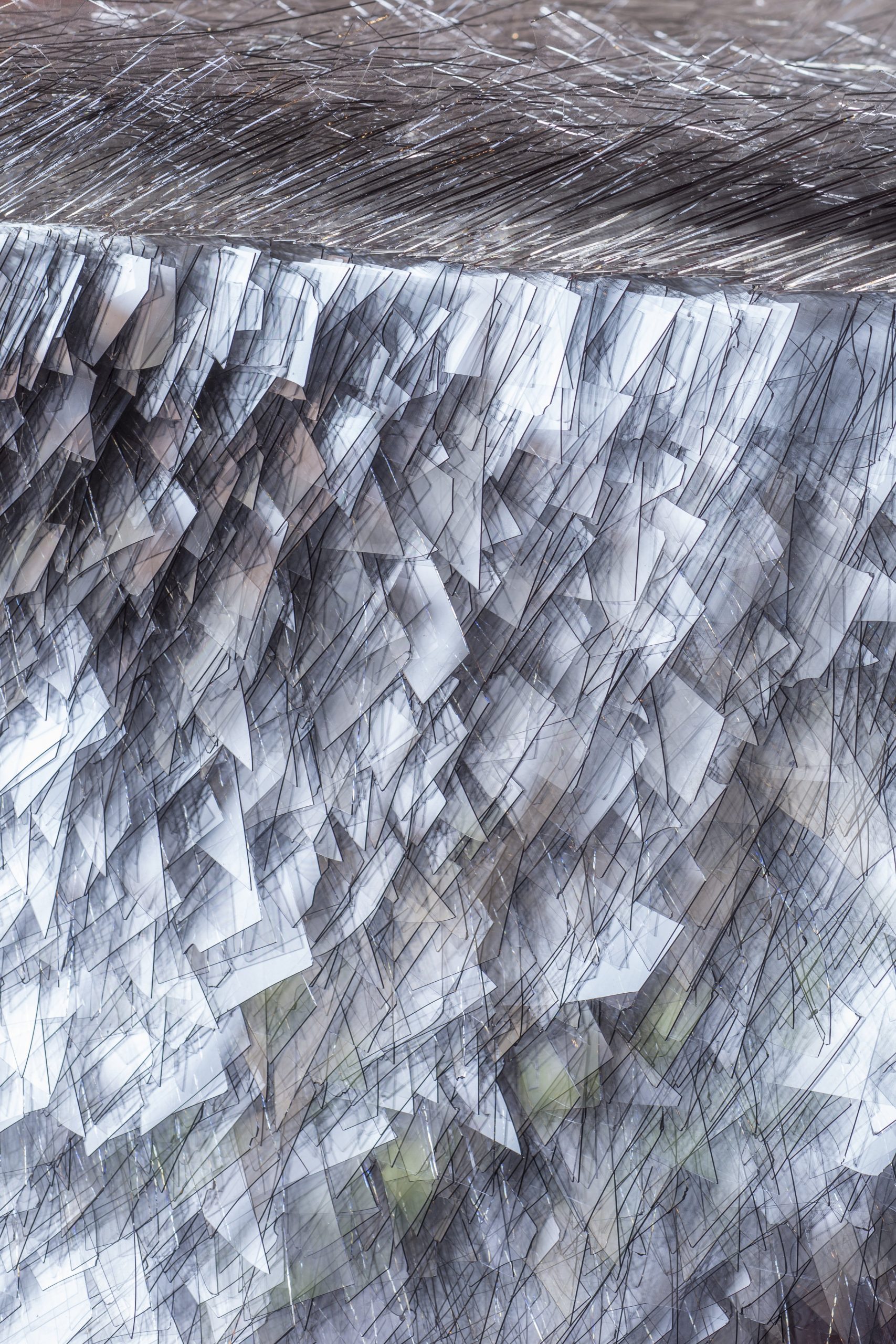 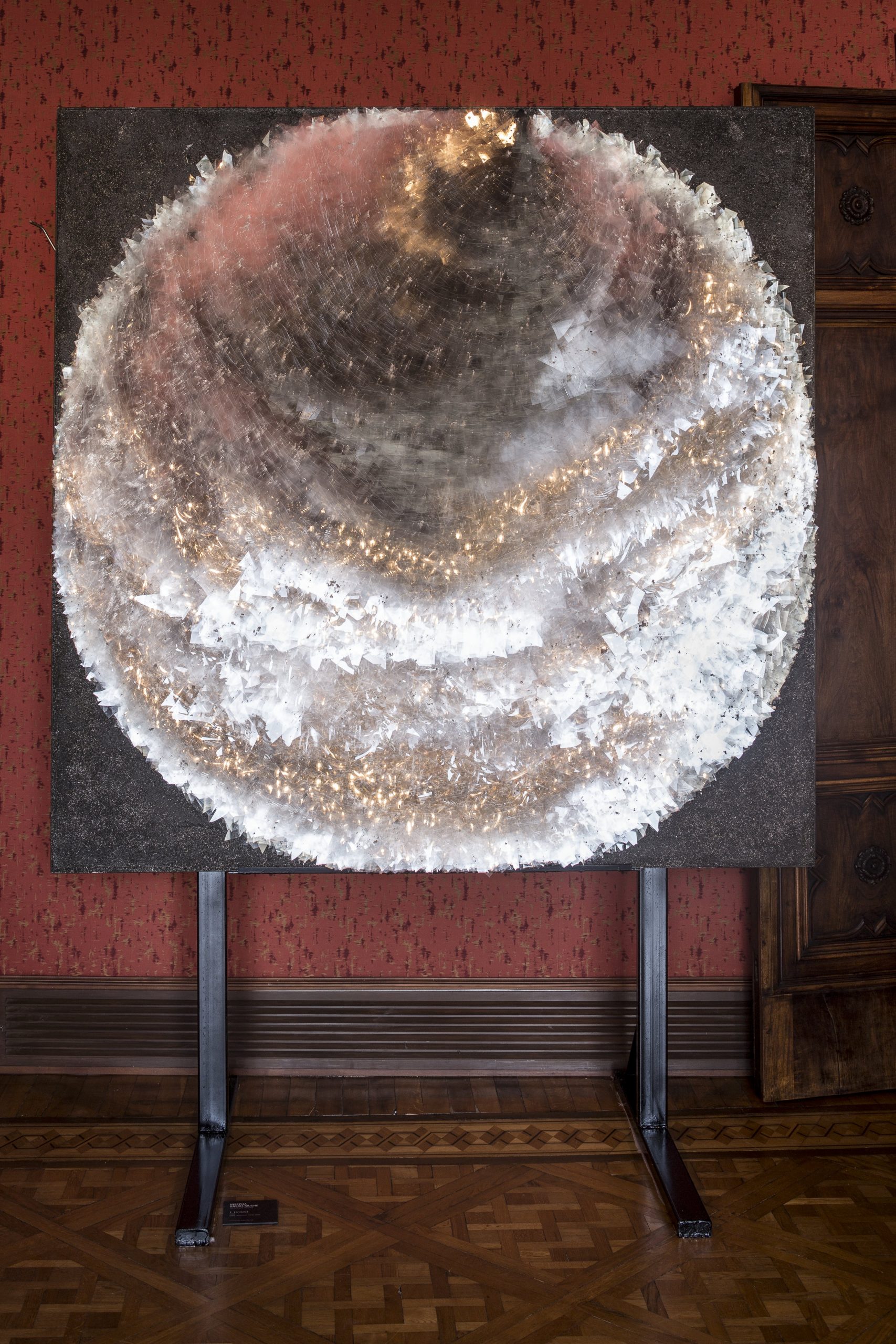 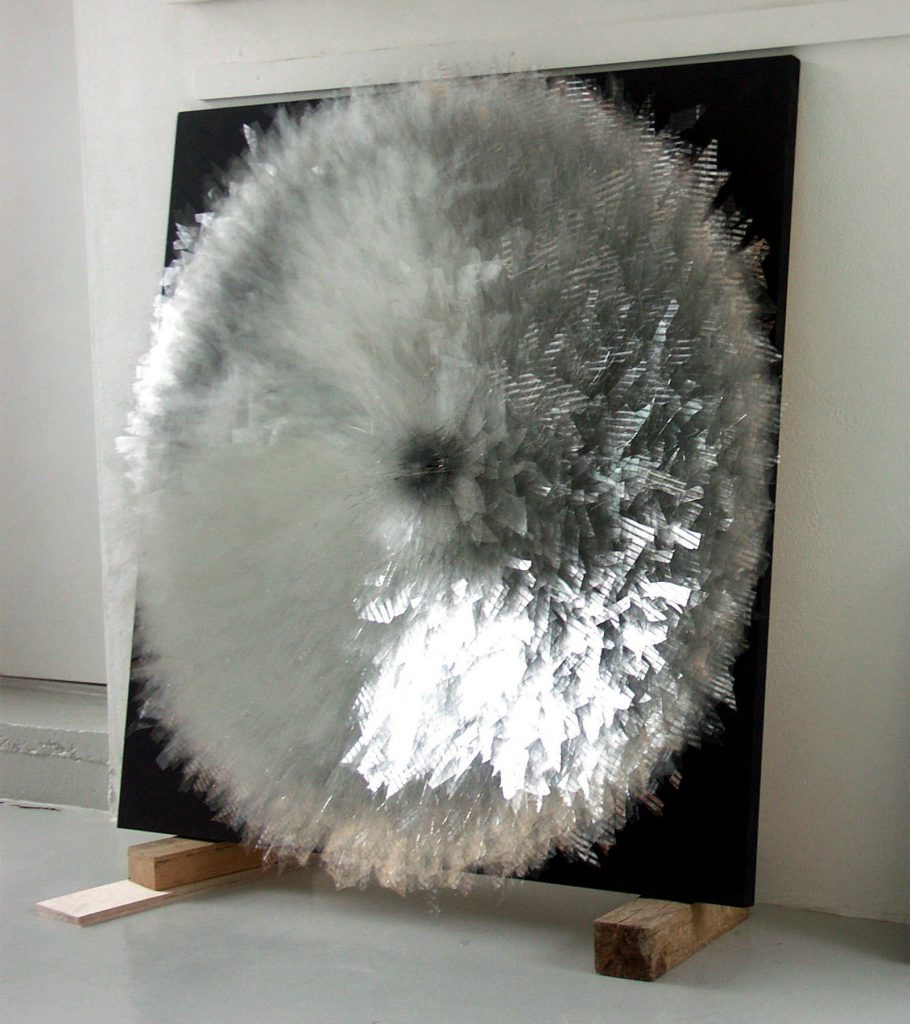 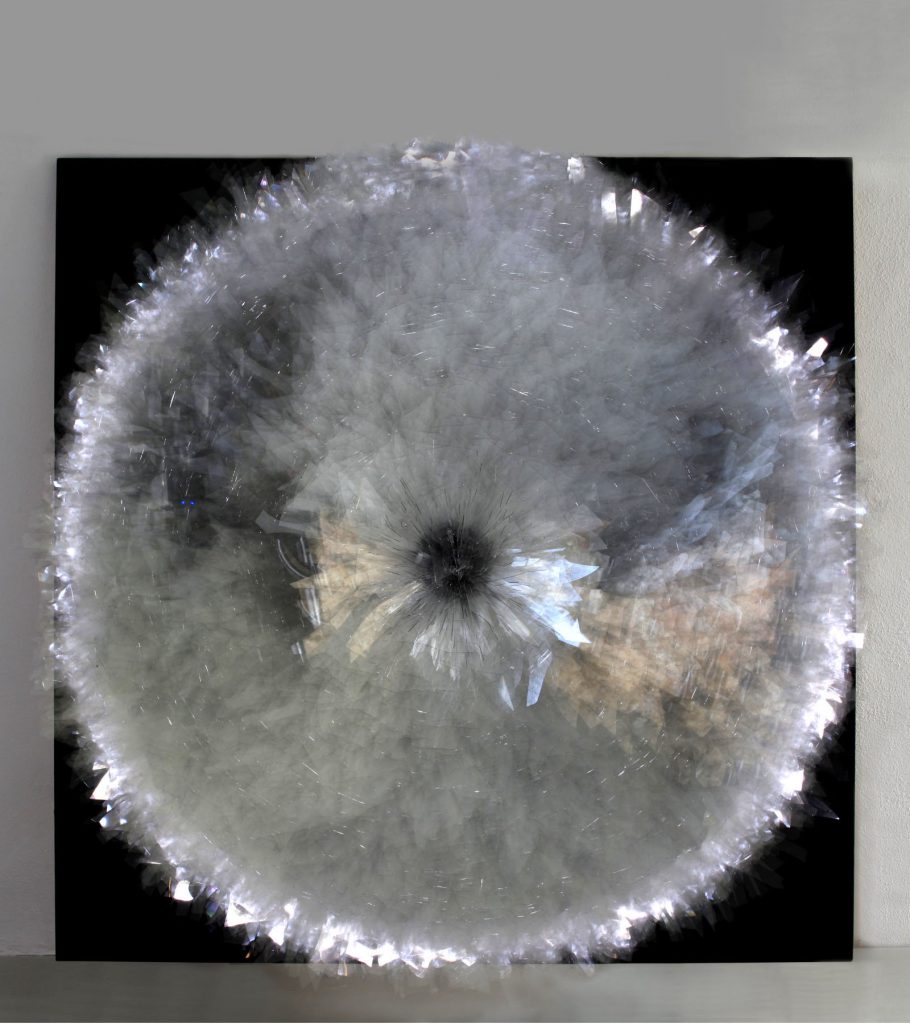 Josepha Gasch-Muche was born in 1944 in Saarland, Germany, and lives and works in Hannover. She uses ultra-thin, splintered glass surfaces on canvas or solid materials to create dynamic geometric sculptures.

She studied painting and drawing at the Academy of Fine Arts in Trier, Germany, in 1982.  Early in her career, she was influenced by the teaching of her professor and Bauhaus member, Boris Kleint. The Bauhaus explorations of the essential “materiality” of substances have had a clear influence on the artist’s work: she originally experimented with other mediums, focusing on drawings and etchings, but in 1998, after experimenting with other materials, she began working with very thin, industrial liquid crystal display glass such as those used for cellphone displays. She breaks the glass into shards and then meticulously arranges them, by the thousands, into simple geometric forms, which simultaneously refract and absorb light. At first glance, an area appears uniform and static because of the similarity and sameness of the individual pieces but when they are struck by light the sculptures come to life. Her sculptures emit a lightness akin to immateriality as in “Untitled I” (2012) or “T.05.03.15” (2015). Her works can be found in renowned collections including: The Museum Kunst Palast, Dusseldorf; Corning Museum of Glass, New York; Ernsting Foundation, Coesfeld-Lette, Germany; Alexander Tutsek Foundation, Munich; Musée-Atelier du Verre, Sars-Poteries; the Chrysler Museum of Art; Toledo Museum of Art; and the Shanghai Museum of Glass. She has exhibited her work in numerous solo and group shows, such as at the Galerie Filser & Graf (2010), Munich; Heller Gallery (2011), New York; Roemer und Pelizaeus Museum (2014), Hildesheim, Germany; Gallery B (2010, 2015), Baden Baden. She is the recipient of several art awards, including The Coburger Glas Pries (2006), Kunstsammlungen der Veste Coburg; The Silver Prize at the International Exhibition of Glass (2007) in Kanazawa, Japan; and The Bombay Sapphire Prize (2006), London; and the Bayerischen Staatspreis (2008).