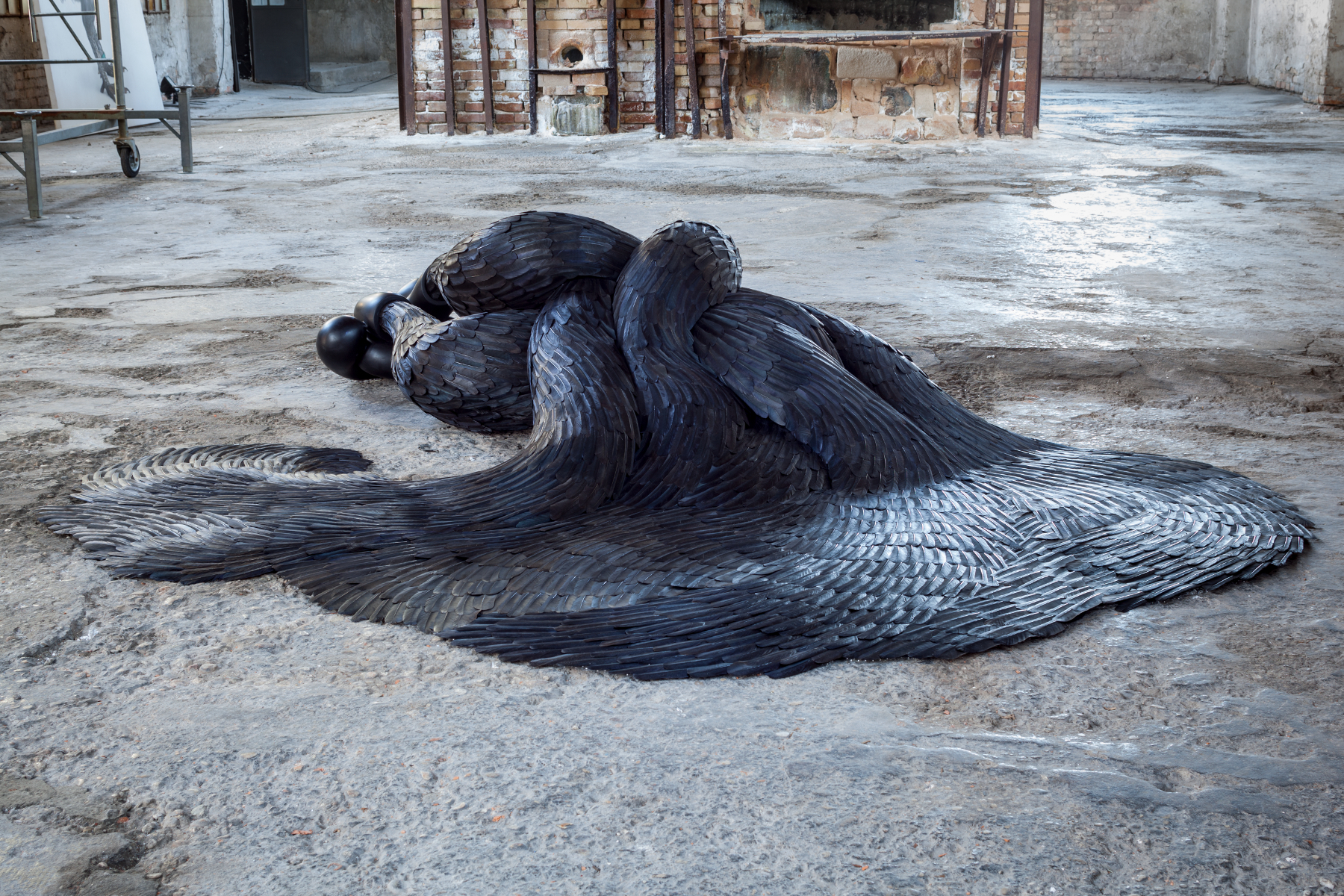 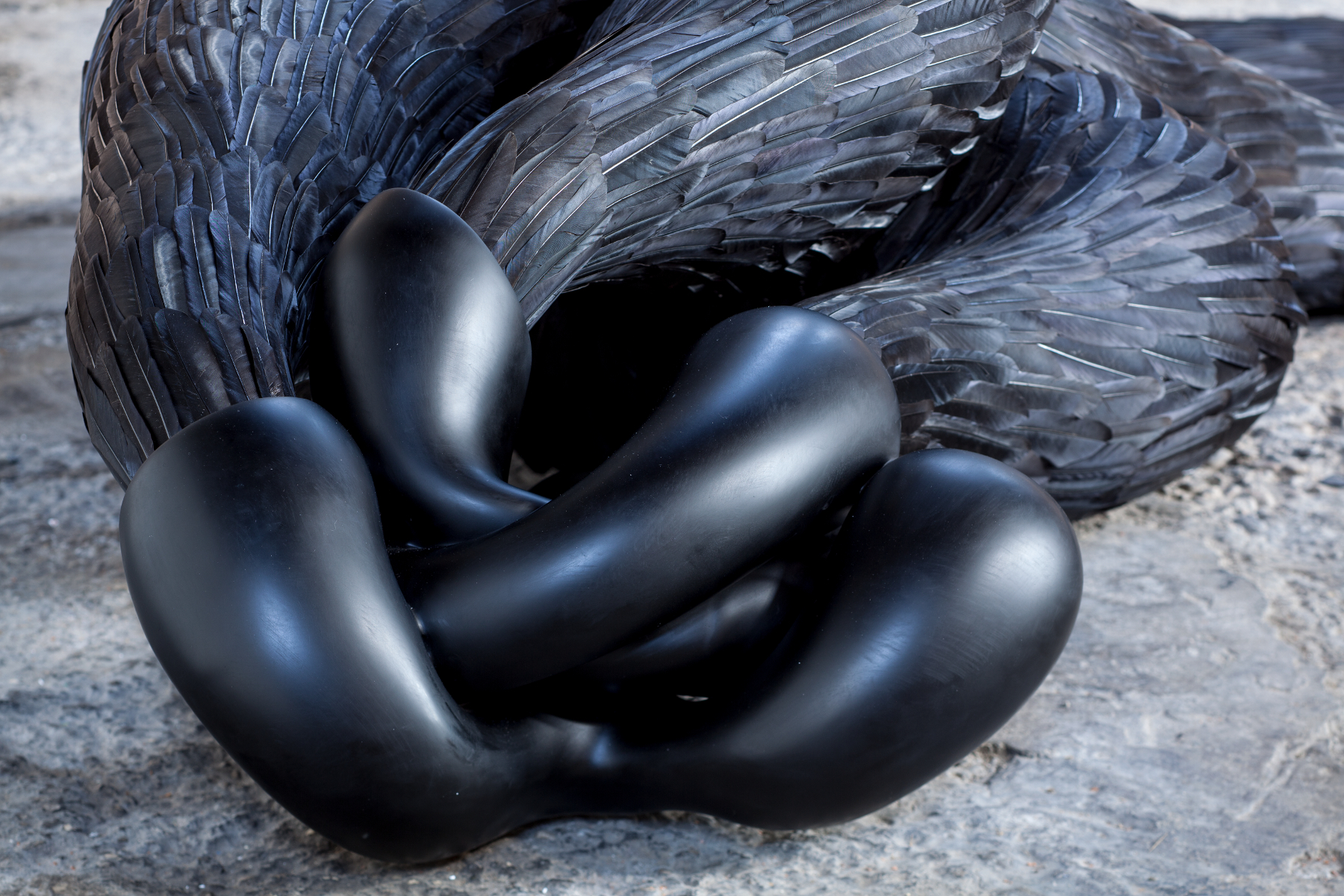 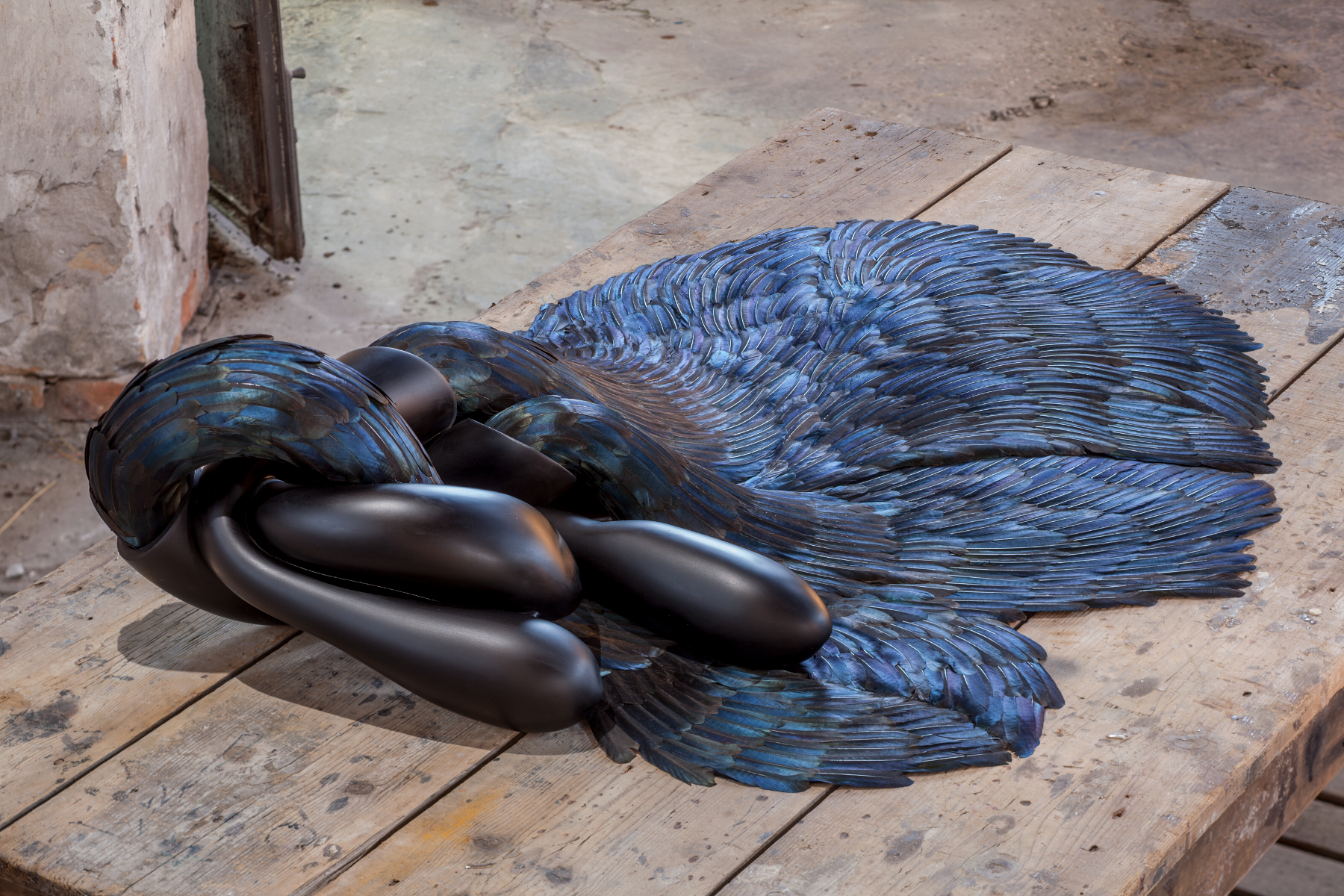 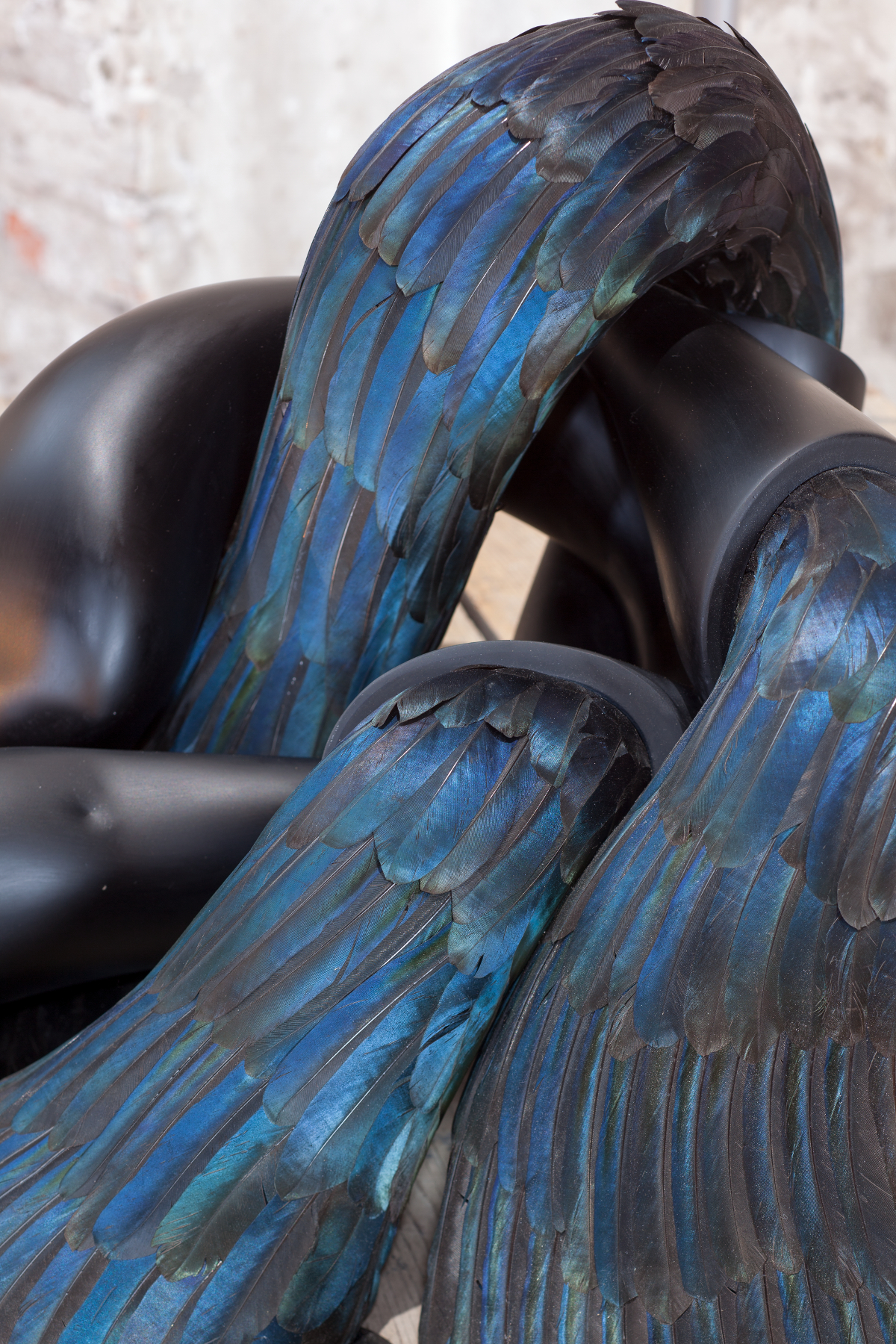 Kate MccGwire was born in 1964 in Norwich, United Kingdom, and lives and works in London. She is a sculptor renowned for the creation of organic sculptures that follow her passion for nature, in particular, feathers.

In 2001, she graduated with a BFA from the University College for Creative Arts in Farnham and, in 2004, she received an MA in Sculpture from the Royal College of Art in London. In her sculpture, she uses a language that is based on opposites: beauty and disgust, attraction and repulsion, fascination and danger, familiarity and strangeness. By combining layers of feathers from various birds to create sinuous and writhing forms, her sculptures seem to give life to hybrid creatures. Playing with common and easily identifiable materials, the artist recalls the Freudian concept of “Unheimliche” (literally, inhospitable or uncanny), referring to the idea that a space that is familiar can somehow stir sinister feelings or fear. The shape and the assembled materials arouse in the spectator’ mind a great visual effect that invites the viewer to stop and look more closely at the work. Her sculptures are in numerous galleries, institutions, and private collections-including that of the Saatchi Gallery, Thomas Olbricht and Reydan Weiss-in Great Britain, the United States, and the Middle East. She completed a residency program at the Shenghua Art Centre (2006), Nanjing, and in the Art Omi International Artists Residency (2008), New York. Her pieces have been exhibited at the Galerie Particulière (2012, 2013) and at the Musée de la Chasse et de la Nature (2014), both in Paris; Fondazione Berengo (2015), Venice; the Galerie Huit (2016), Hong Kong; and participated in the temporary exhibition Glassfever (2016), Dordrecht.