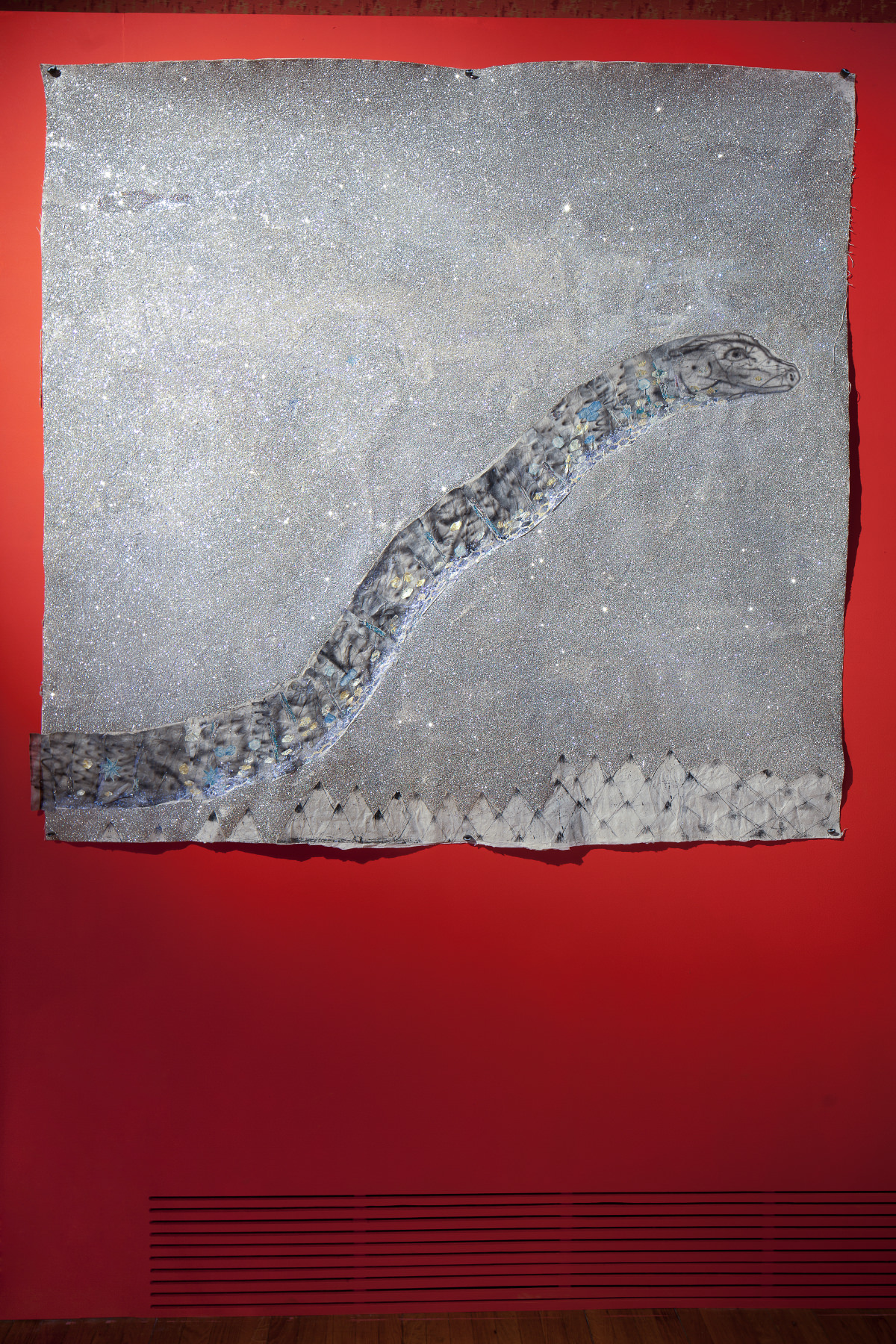 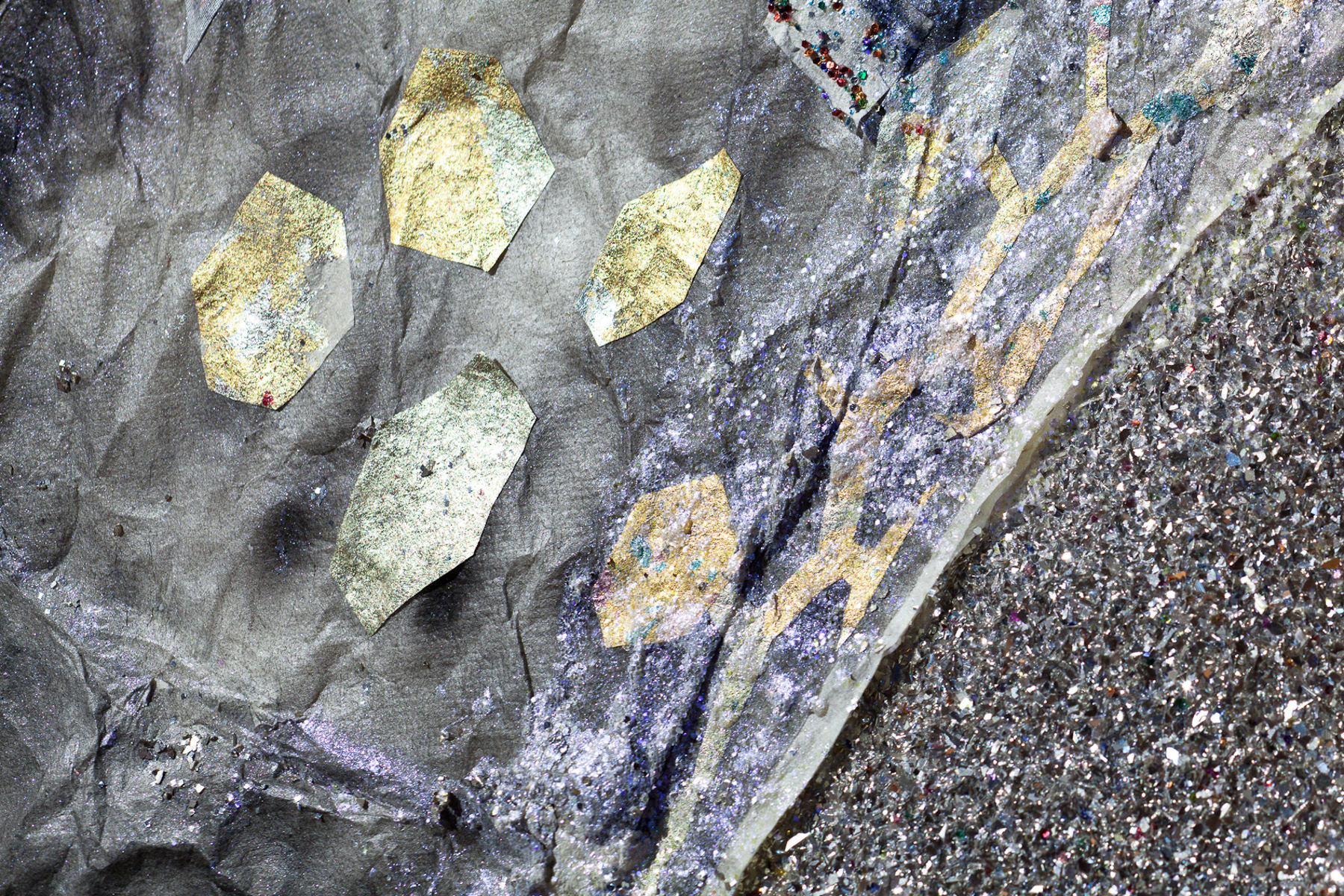 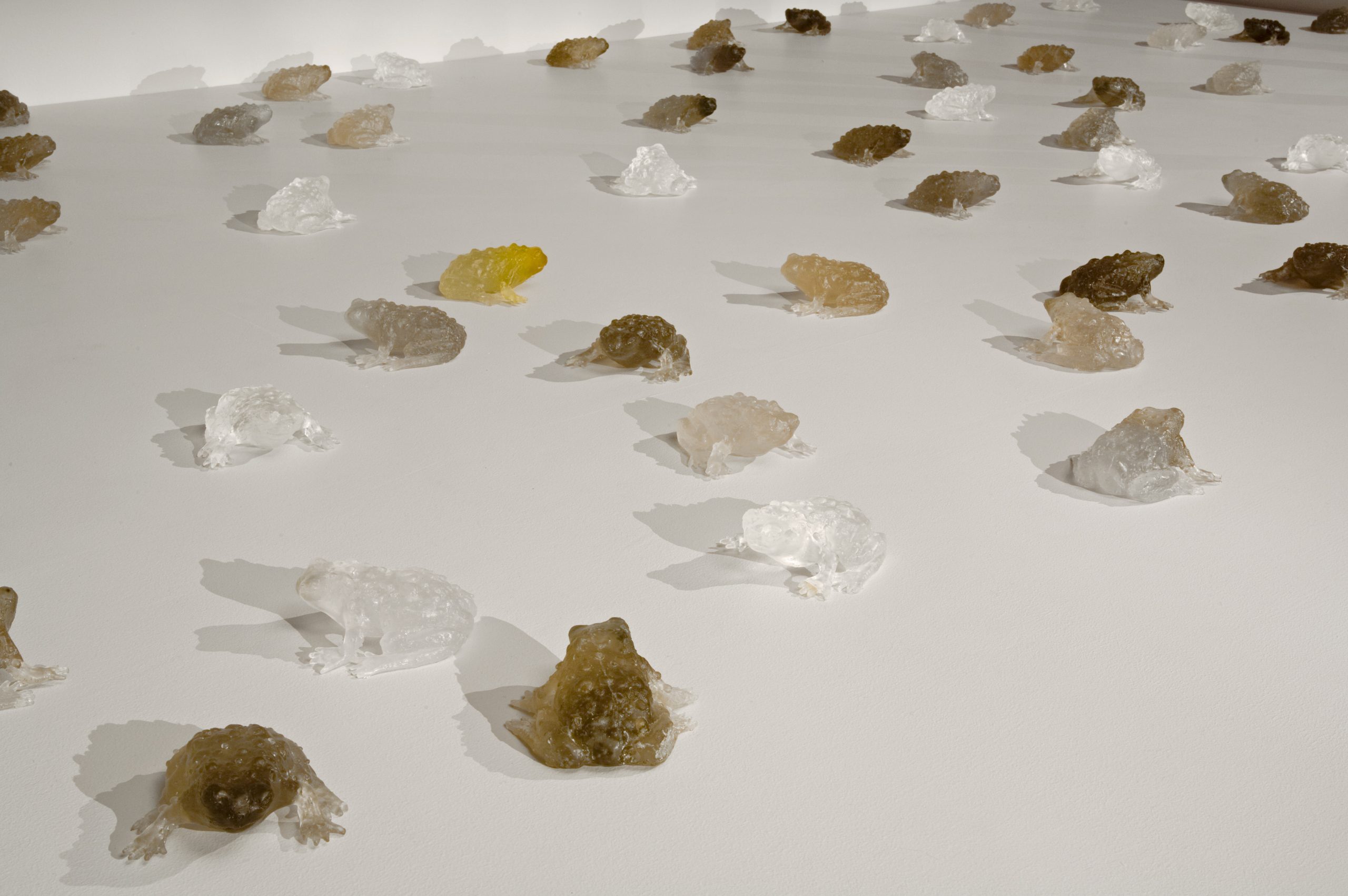 Kiki Smith was born in 1954 in Nuremberg, Germany, and lives and works in New York. She has been a prominent figure on the international stage since the 1980s for her multidisciplinary practice relating to the human condition and the natural world.

The daughter of sculptor Tony Smith, a pioneer of American Minimalist sculpture, she began helping her father as a child make cardboard models for his sculptures. She attended the Hartford Art School, Connecticut, in 1974 and 1975; then moved to New York in 1976. In the 1980s, she abandoned the figurative tradition and began to produce objects and drawings based on organs, cells, and the human nervous system. Soon her work included animals, domestic objects, elements from folk tales and classical mythology. She uses a variety of materials to continuously expand her practice that includes sculpture, printmaking, photography, drawing, glass and textile. In Lying with the Wolf (2001) she represents St. Genevieve along with a wolf, thus investigating the symbolic relationships between humans and animals, a recurring motif in many of her works. Her work can be found in prestigious international museum collections such as the Metropolitan Museum of Art and MoMA, both New York; The Art Institute of Chicago; the Tate Modern and the Victoria and Albert Museum, London; and the Museum of Fine Arts, Boston. Retrospective exhibitions have been held at MoMA (2003) New York; Fondazione Querini Stampalia (2005), Venice; San Francisco Museum of Modern Art (2006); the Whitney Museum of American Art (2007); and the National Gallery of Canada (2016), Ottawa. She is a member of the American Academy of Arts and Letters and is the recipient of numerous awards including the Skowhegan Medal for Sculpture (2005), the Brooklyn Museum Women In The Arts Award (2009); the National Medal of Arts (2012); and the Lifetime Achievement Award awarded by the International Sculpture Centre (2016). She was recognized by TIME Magazine as one of the ‘TIME 100: The People Who Shape Our World’ (2006). She is an adjunct professor at New York University and Columbia University.