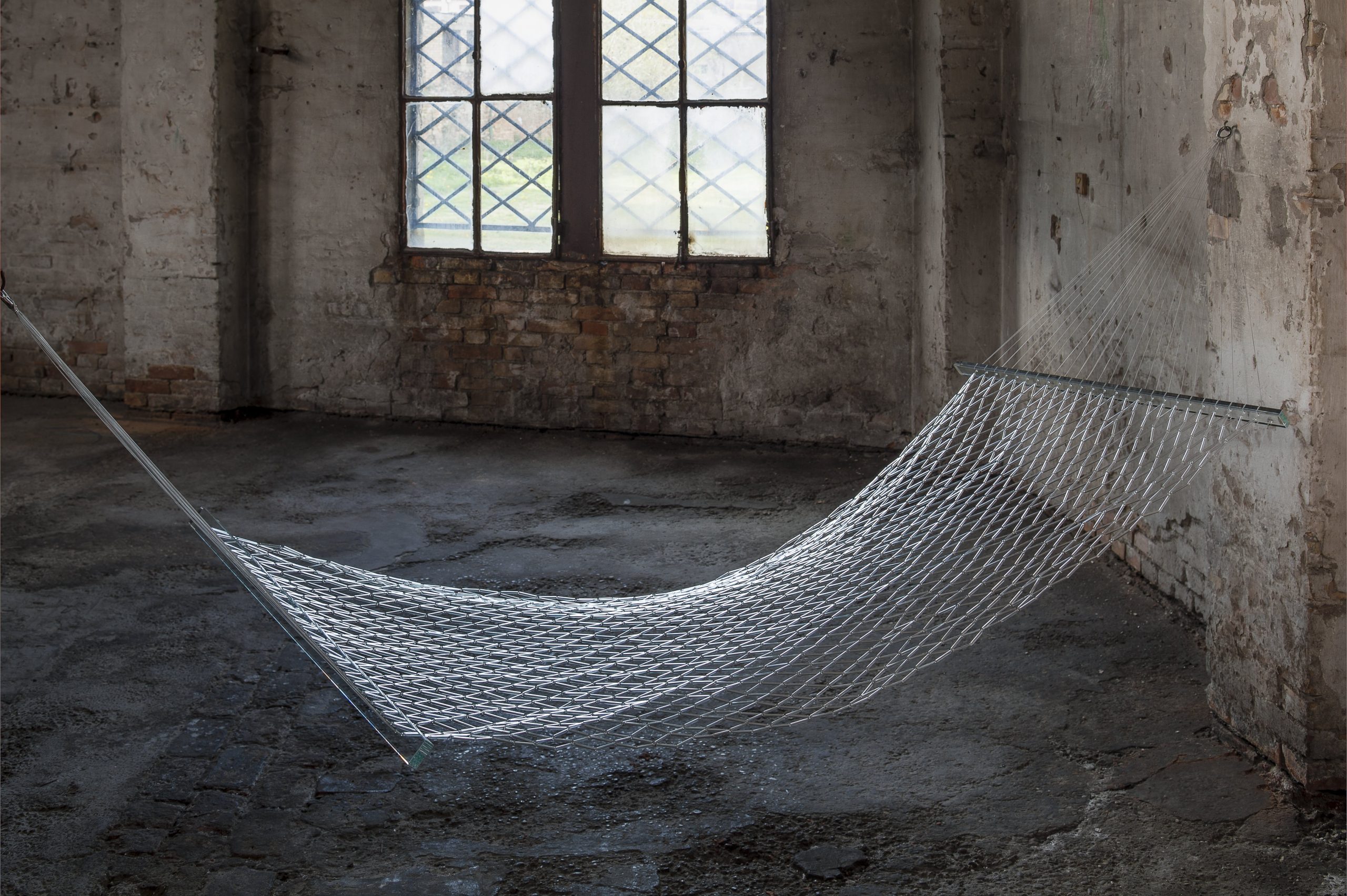 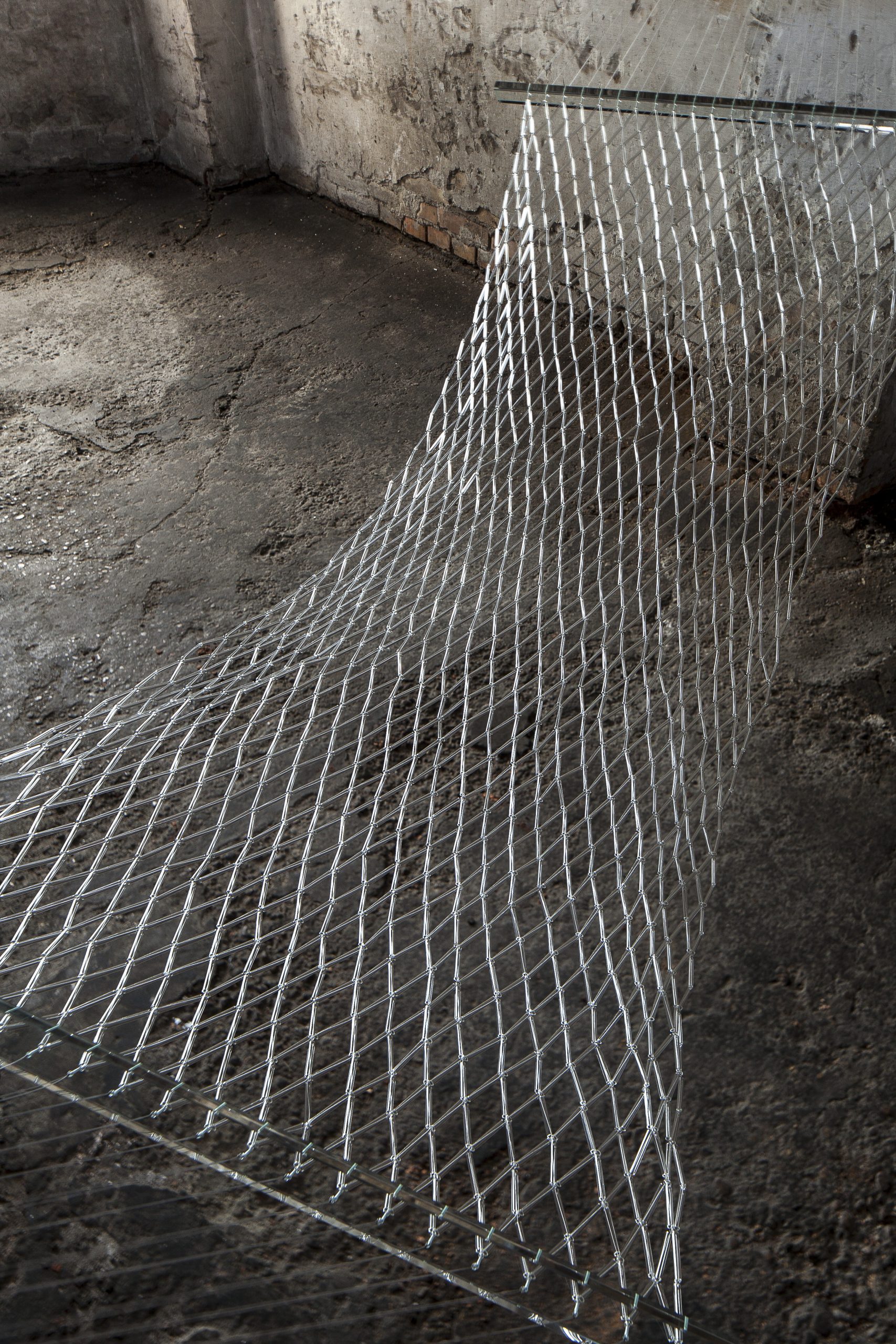 Loris Cecchini was born in 1969 in Milan and lives and works in Prato and Berlin. His artistic practice includes photography, sculpture, drawing, and installation that often merge into unified poetics and involve the external environment.

In 1991, he graduated from the Academy of Fine Arts in Florence and, in 1994, from the Brera Academy in Milan. His art explores the meeting of nature and manmade materials, resulting in works that are often delicately made, yet awesome in size. His most recent projects focus on the transformations that occur everyday in nature. He often translates natural systems into algorithms in order to recognize intangible and invisible processes. In Monologue Patterns (Reading Books in the Park) (2004), Cecchini placed a capsule on a tree in the garden of the Galleria Civica d’Arte Moderna in Gallarate, Italy, on which the public could climb and stop to read books about art and architecture, selected by the artist himself. Space is suspended but simultaneously anchored to the ground thanks to the overpowering presence of the tree branches that support the structure. With this installation, he invites the visitor to enter the realm of dream and desire. His creations are in the permanent collections of the Arts & Medicine Institute at the Cleveland Clinic Foundation, the Caldic Collection, Rotterdam, and the MAXXI, Rome. Cecchini has consistently held solo exhibitions for over fifteen years. He participated in the Venice Biennale (2001, 2005, 2015), in Glasstress (2013), Venice, at Leila Heller Gallery (2015), New York, the Galleria Continua (2013, 2016), Beijing and Les Moulins, and Villa Pacchiani Exhibition Centre (2016), Santa Croce sull’Arno. He won the Agenore Fabbri Prize (2005), the VAF Foundation Prize (2005), the Francesca Alinovi Prize (2006), the Moroso Award (2011), and the Arnaldo Pomodoro Prize for Sculpture (2014).