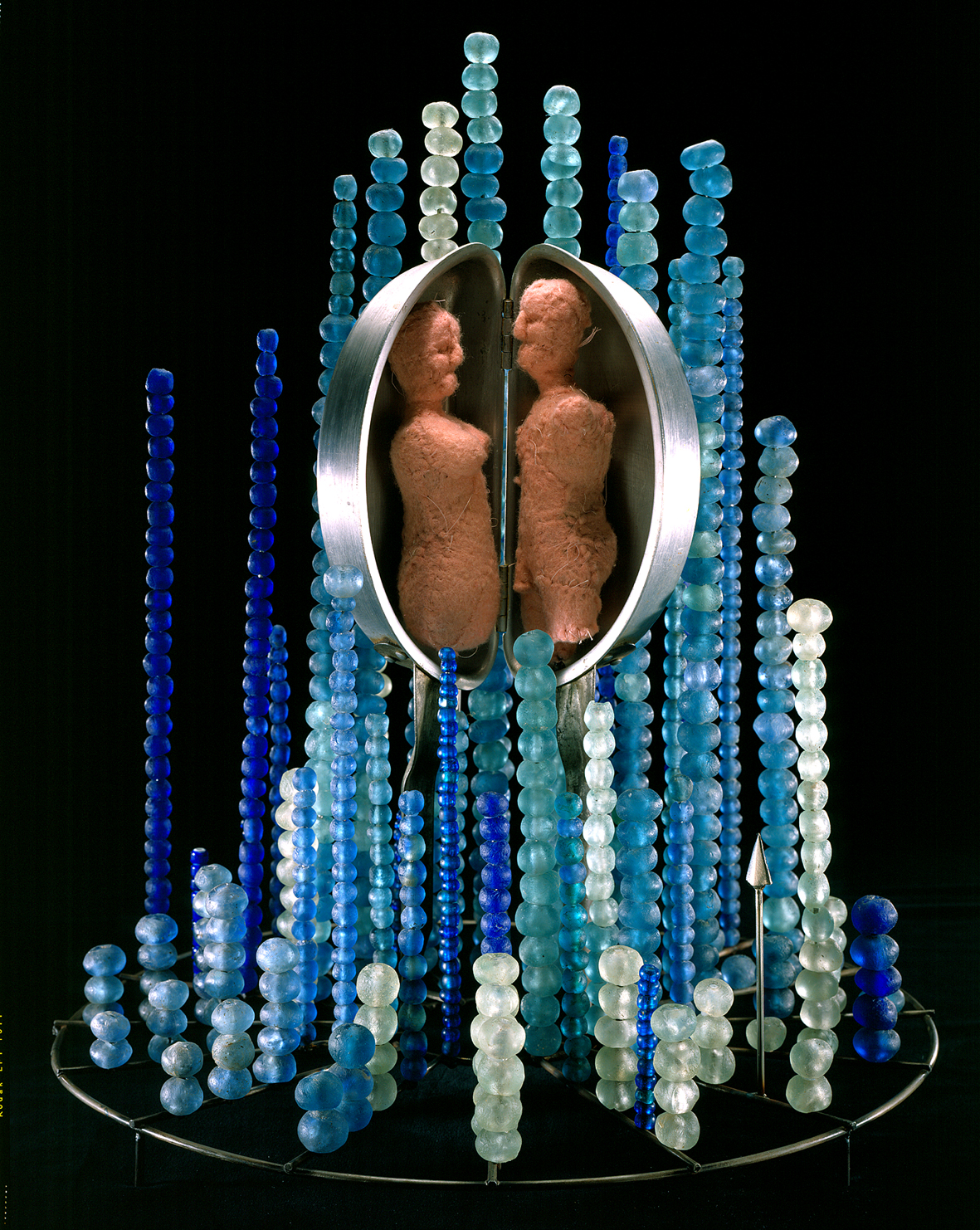 Louise Bourgeois (1911-2010) was born in Paris. A preeminent figure in twentieth-century art, she was renowned globally for the confrontation of themes such as domesticity, the family, sexuality, and death through her autobiographical paintings, prints, sculptures and installations.

In 1932, she entered the Sorbonne to study mathematics, but soon decided to focus on her artistic practice by attending the École des Beaux-Arts at the École du Louvre and frequented Fernand Léger’s atelier. She moved to New York City in 1938. Though her beginnings were as an engraver and painter, by the 1940s she had turned her attention to sculptural work and she had her first sculptural exhibition at Peridot Gallery in New York in 1949 with works from the series Personage, influenced by European surrealism, composed of wooden groupings of abstract and organic shapes. In the 1960s she began to realize monumental and sexually explicit works in rubber, bronze, and stone, exploring relationships between men and women and the emotional trauma of her childhood. However, her work was largely undiscovered until 1982 when she had a retrospective at the Museum of Modern Art, New York, which saw her popularity soar. In her later career, she was globally known for her large-scale spider sculpture series entitled Maman, a tribute to her mother, the first of which was shown at the opening of the Tate Modern, London, in 2000. Throughout her over seventy-year career, she exhibited extensively including at the Whitney Museum of American Art (2003), New York; Centre Georges Pompidou (2003), Paris; Kunstmuseum Bern (2007); Tate Modern (2000, 2008), London; Solomon R. Guggenheim Museum (2008) and Museum of Contemporary Art (2008), both Los Angeles. She participated in Documenta IX (1992), Kassel, and represented the United States at the 45th Venice Biennale (1993). Major posthumous retrospectives have been held at the National Gallery of Canada (2011), Ottawa; Hamburger Kunsthalle (2012); Scottish National Gallery of Modern Art (2013), Edinburgh; Garage Museum of Contemporary Art (2015), Moscow; Guggenheim Bilbao (2016); and Tate Modern (2016), London. Among her numerous awards she received an Honorary Doctorate from Yale University (1977); the National Medal of Honors (1997); the Golden Lion at the Venice Biennale (1999); the Praemium Imperiale in sculpture, (1999), Japan Art Association; the National Order of the Legion of Honor (2008); and was honored by the National Women’s Hall of Fame (2009).