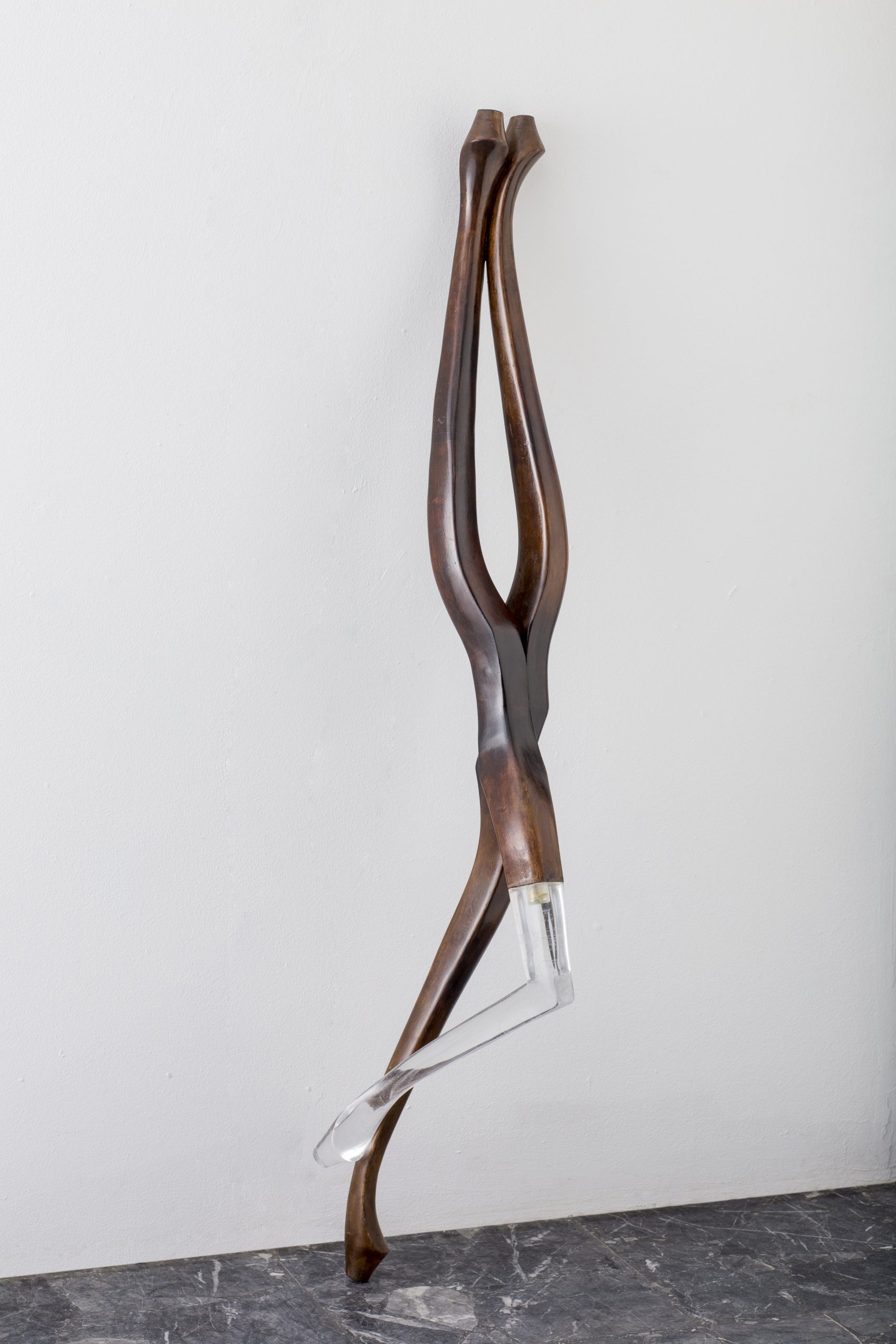 Markus Schinwald was born in 1973 in Salzburg, Austria, and lives and works in Vienna and Los Angeles. A visual artist, passionate about psychoanalysis and history, Schinwald shows a strong interest in the Biedermeier style of decoration, that he analyzes and revisits to create works of great emotional impact.

He studied at the Hochschule für Gestaltung in Linz and at the Humboldt University in Berlin. Due to his interdisciplinary training, his imagination is as an aesthetic web based on the use of parallel or simultaneous drawing and painting, video, photography and sculpture. Through historical, artistic and philosophical his works explore the boundaries between public and private dimension and the cognitive and behavioral dynamics, with particular reference to body gestures. The results obtained in the field of painting are to be considered undoubtedly among the most famous results of his artistic path. By purchasing minor 19th-century portraits, in particular from the Biedermeier era (1815-1848) at auction, Schinwald delicately alters the images by inserting incongruous objects such as, straightjackets, neck braces,  surgical masks, nose piercings, or even orthodontic instruments. His works are to be found in numerous international collections, including at Tate Modern, London; Musée d’Art Moderne, Paris; Kunsthaus Zürich; Israel Museum, Jerusalem; and the MUMOK-Museum Moderner Kunst, Vienna. In 2011, he represented Austria at the 54th Venice Biennale and he presented a sprawling, hanging labyrinth that interrupted the harmony and symmetry of Josef Hoffman’s pavilion that was built in 1934. He has had numerous solo shows, including at the Kunsthaus Bregenz (2009); Palais de Tokyo (2013), Paris; Musée d’Art Contemporain de Bordeaux (2013); CCA Wattis Institute for contemporary arts (2014), San Francisco; La Triennale di Milano (2014); Magasin III (2015), Stockholm; Galerie Thaddaeus Ropac (2016), Paris; and Giò Marconi (2005, 2008, 2012, 2017), Milan.