DNA HAS NO COLOR 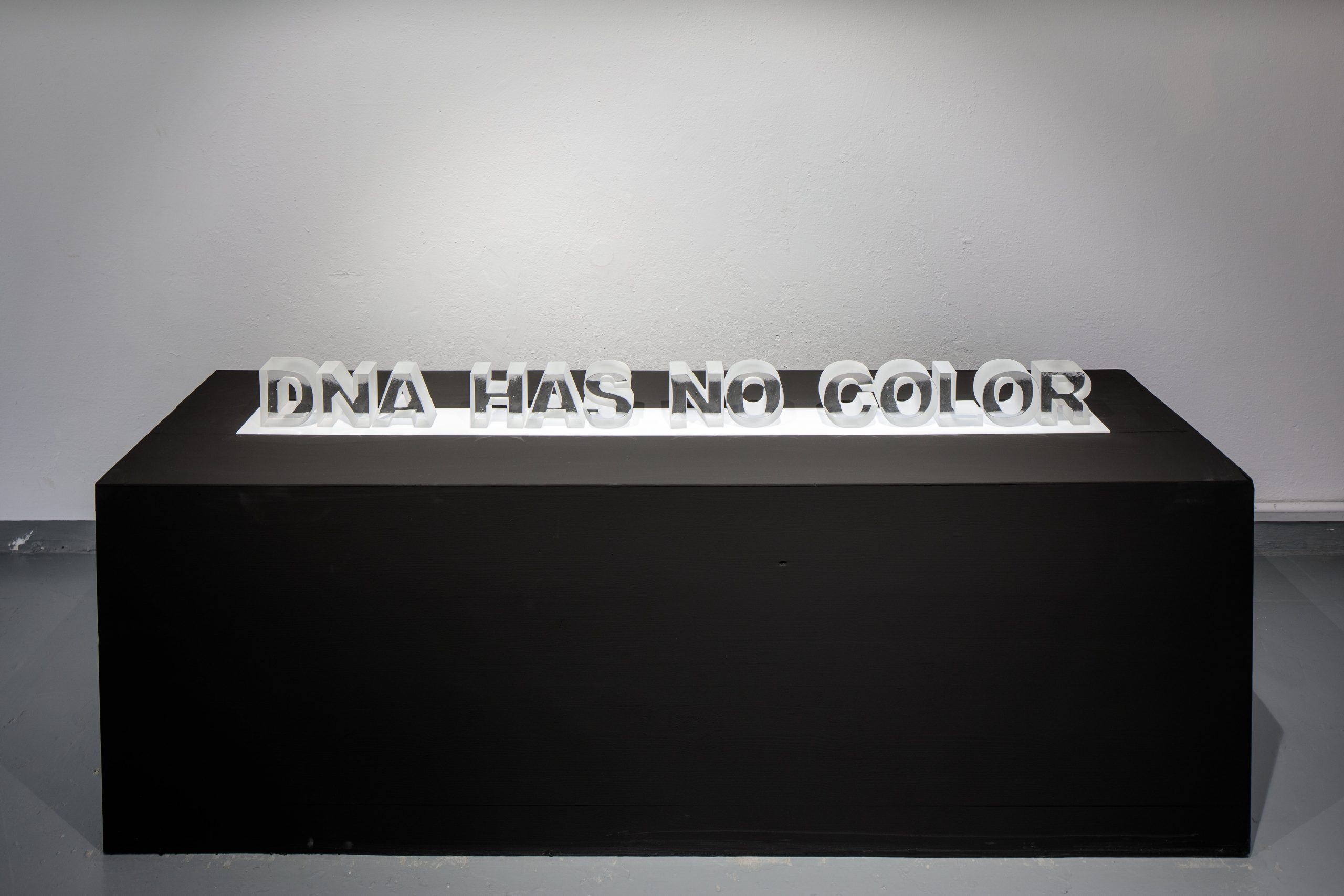 Acclaimed artist/photographer Nancy Burson’s work is shown in museums and galleries internationally. “Seeing and Believing”, her traveling 2002 retrospective originating at the Grey Art Gallery, was nominated for Best Solo Museum Show of the Year in New York City by the International Association of Art Critics. She has served as a visiting professor at Harvard and was a member of the adjunct photography faculty at New York University’s Tisch School of the Arts for five years. Burson currently books events and reviews portfolios for the Photography Department at the New York Film Academy in NYC.

Nancy Burson combined art and innovation in a way that challenged photographic truth at the birth of digital manipulation. She is best known for her pioneering work in morphing technologies which age enhance the human face and still enable law enforcement officials to locate missing children and adults. Her Human Race Machine, commissioned by Zaha Hadid for the London Millennium Dome, was used for over a decade as a diversity tool providing viewers with the visual experience of being another race.
Her work is included in museums worldwide including the MoMA, Metropolitan Museum, and the Whitney Museum in New York City, as well as the Victoria and Albert Museum in London, the Center Georges Pompidou in Paris, the LA County Museum of Art and the Getty Museum, MoMA (San Francisco), the Museum of Fine Arts in Houston, and the Smithsonian Museum in Washington DC, as well as many others. She has collaborated with Creative Time, the Lower Manhattan Cultural Council, and Deutsche Bank in completing several important public art projects in NYC. These projects include the poster project, “Visualize This” (Creative Time, 1991), the billboard, ‘There’s No Gene For Race” (2000), the poster/postcard project “Focus on Peace”, commissioned for the first anniversary of 9/11, and “Looking Up” and “Truth”, at the 60 Wall St. Atrium, 2005. In the last few years, Burson’s public artworks have been displayed as works projected in light in both the Berlin Festival of Light and the New York Festival of Light.
One of Burson’s images was chosen for Time Magazine’s book: 100 Photographs, The Most Influential Images of All Time and her Time Magazine cover of Trump and Putin combined went viral in July, 2018. Her work has been featured in all forms of media including segments on Oprah, Good Morning America, CBS Evening News, CNN, National Public Radio, PBS, and Fuji TV News, as well as countless local TV segments in the USA, Canada and Europe. Prominent articles featuring her work have appeared in The New York Times Magazine, The New York Times, The Baltimore Sun, The Houston Chronicle, and Scientific American Magazine to name a few. There are four monographs of her work and reproductions of it appear in hundreds of art catalogs. It is also widely featured in textbooks on the history of photography published in all languages. Burson has been awarded grants from the NEA, the National Science Foundation, Anonymous Was A Woman, The Peter Reed Foundation, and CAST (Collaborations in Art, Science and Technology).
Burson’s new TogetherAllOne concepts and designs promote the concept of global unity and encompass everything from interactive children’s books to projected lighting installations and public sculptures. Her fine art photography is available through Paci Contemporary Gallery in Brescia, Italy, ClampArt Gallery in NYC, and Rose Gallery in LA.