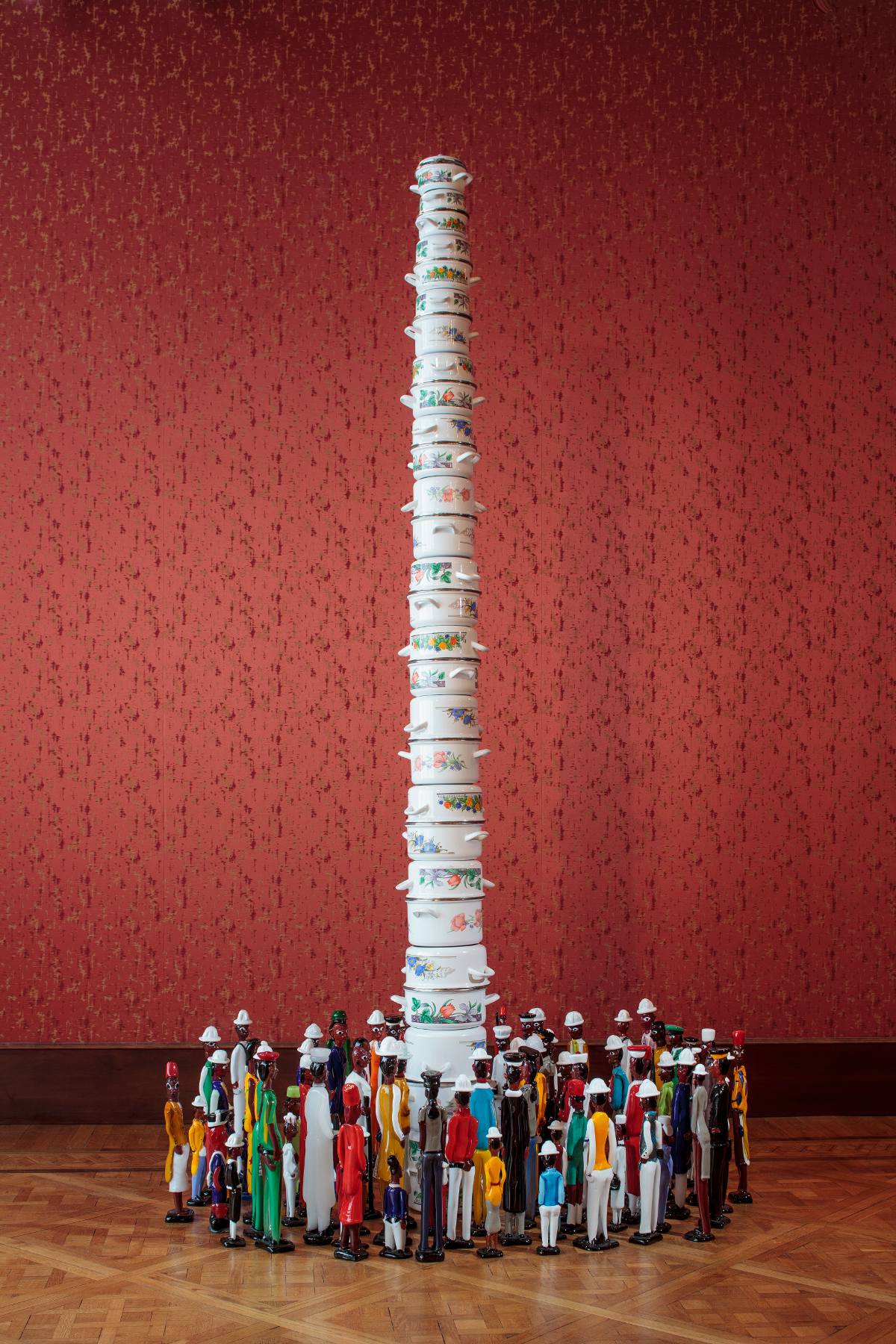 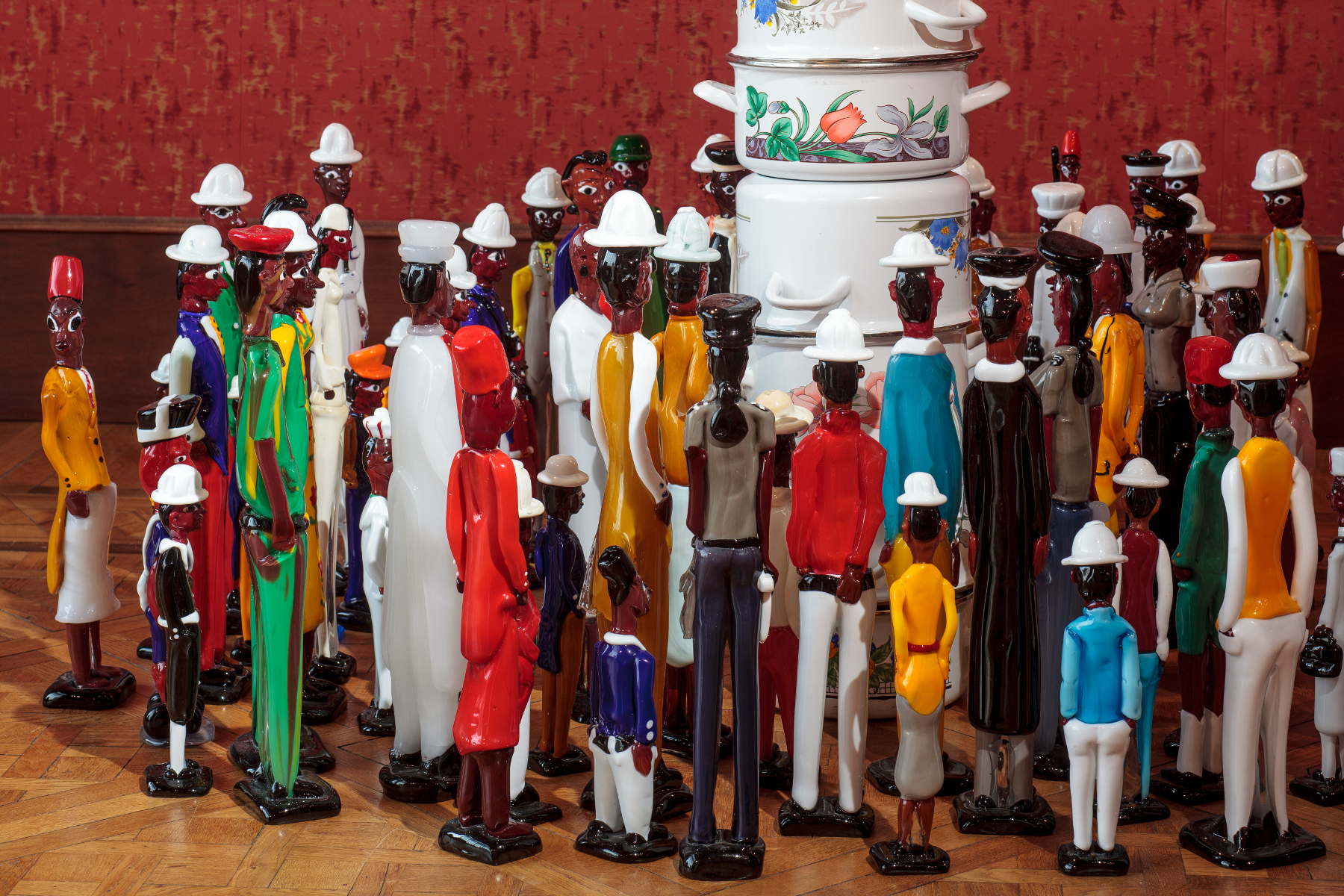 Pascale Marthine Tayou was born in 1967 in Yaounde, Cameroon, and lives and works in Ghent. His artistic career focuses on the problems of post-colonial Africa and involves the use of different media.

In the early 1990s, he graduated in Law from the University of Douala although soon after he began to devote himself to art as an autodidact. In 1994, he started exhibiting his works in the cultural centers of Yaounde and Douala. He emerged on the national and international scene through drawings, sculptures, and installations that focus on the theme of AIDS. Following this initial phase, the sculptures and installations he realizes incessantly revolve around the theme of Africa’s post-colonial political and social conditions. Tayou raises important issues such as exile, migration, nationalism, and power, using simple materials or waste such as plastic bags, condoms, flags, and debris. In Who Knows Tomorrow (2010), an installation created with the flags of the fifty-four African nations, the artist proposes a reflection on the formation of today’s geopolitical African continent, including the role that Europe has played in the creation of national boundaries. This work intends to initiate a reflection on the meaning of identity and citizenship. He has exhibited at the Espace Doul’Art (1994, 1997), Douala; in the Johannesburg Biennale (1997); Documenta (2002), Kassel; at the Istanbul Biennale (2003); the Galleria Continua, (2004, 2007, 2008), in both Beijing and San Gimignano locations; MACRO (2004), Rome; at the Triennale in Hasselt (2005); at the Serpentine Galleries (2015), London; in Glasstress Gotika (2015), Fondazione Berengo, Venice; and in Glassfever (2016), Dordrecht. He also won the ARKEN Prize (2011).