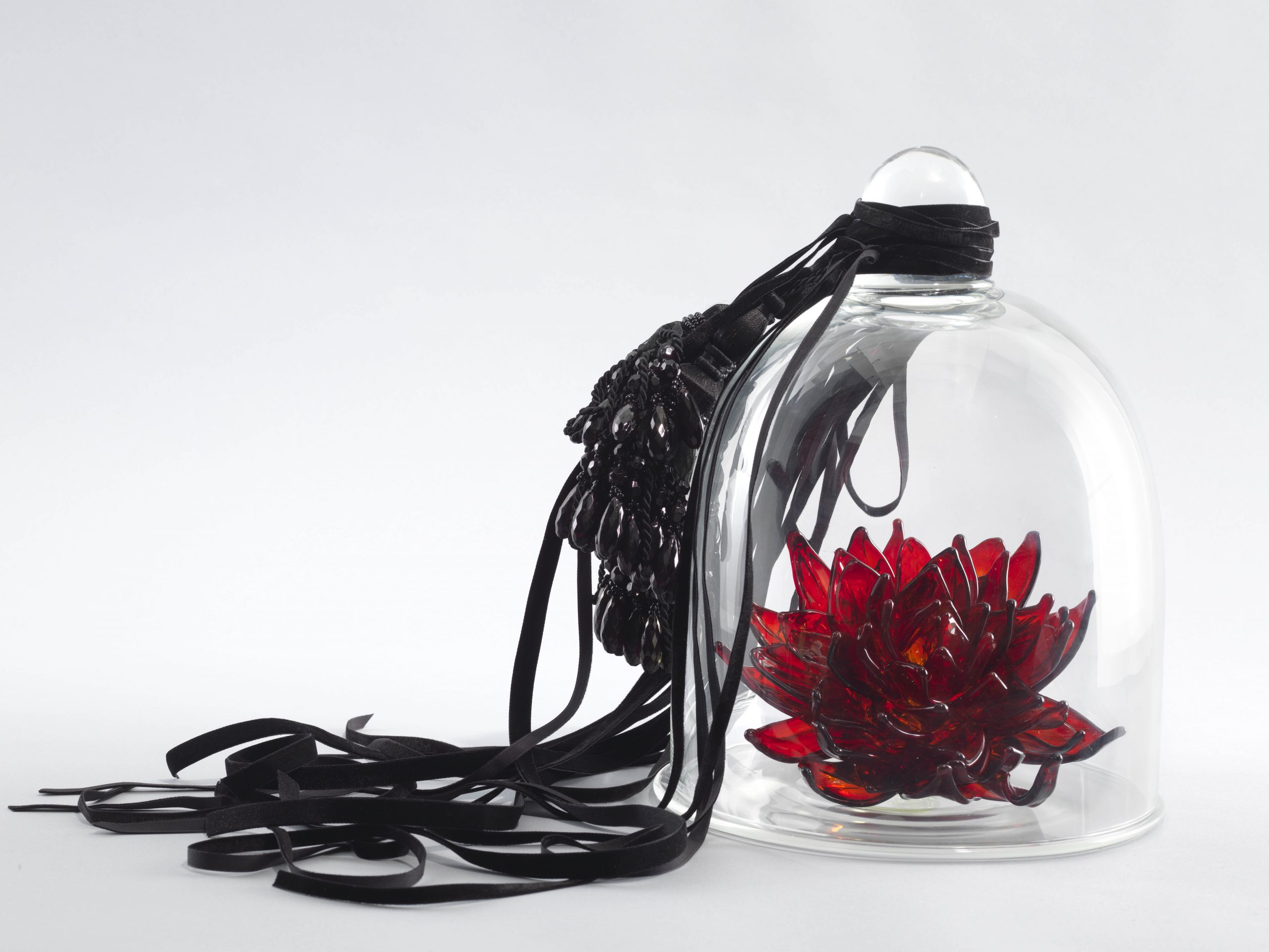 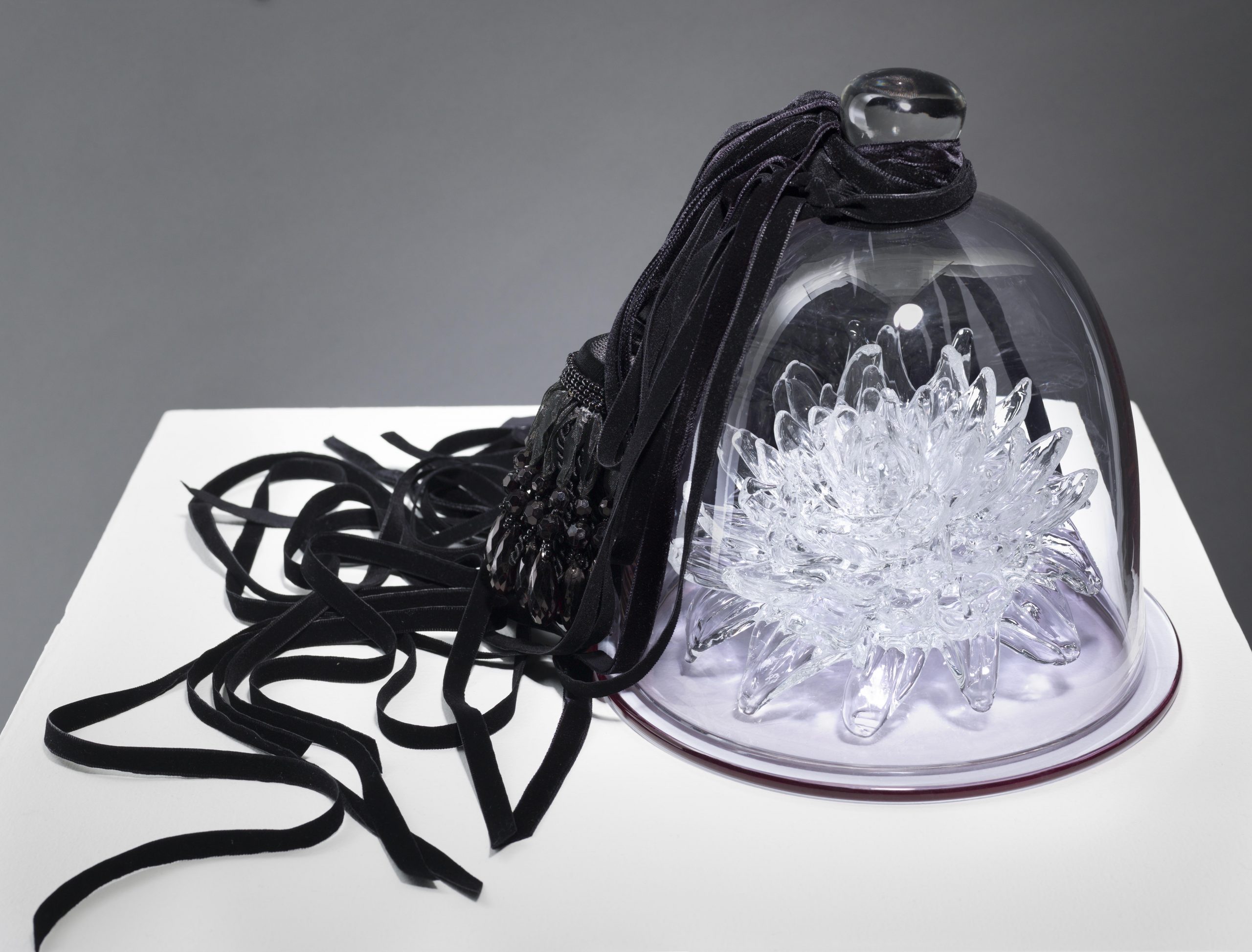 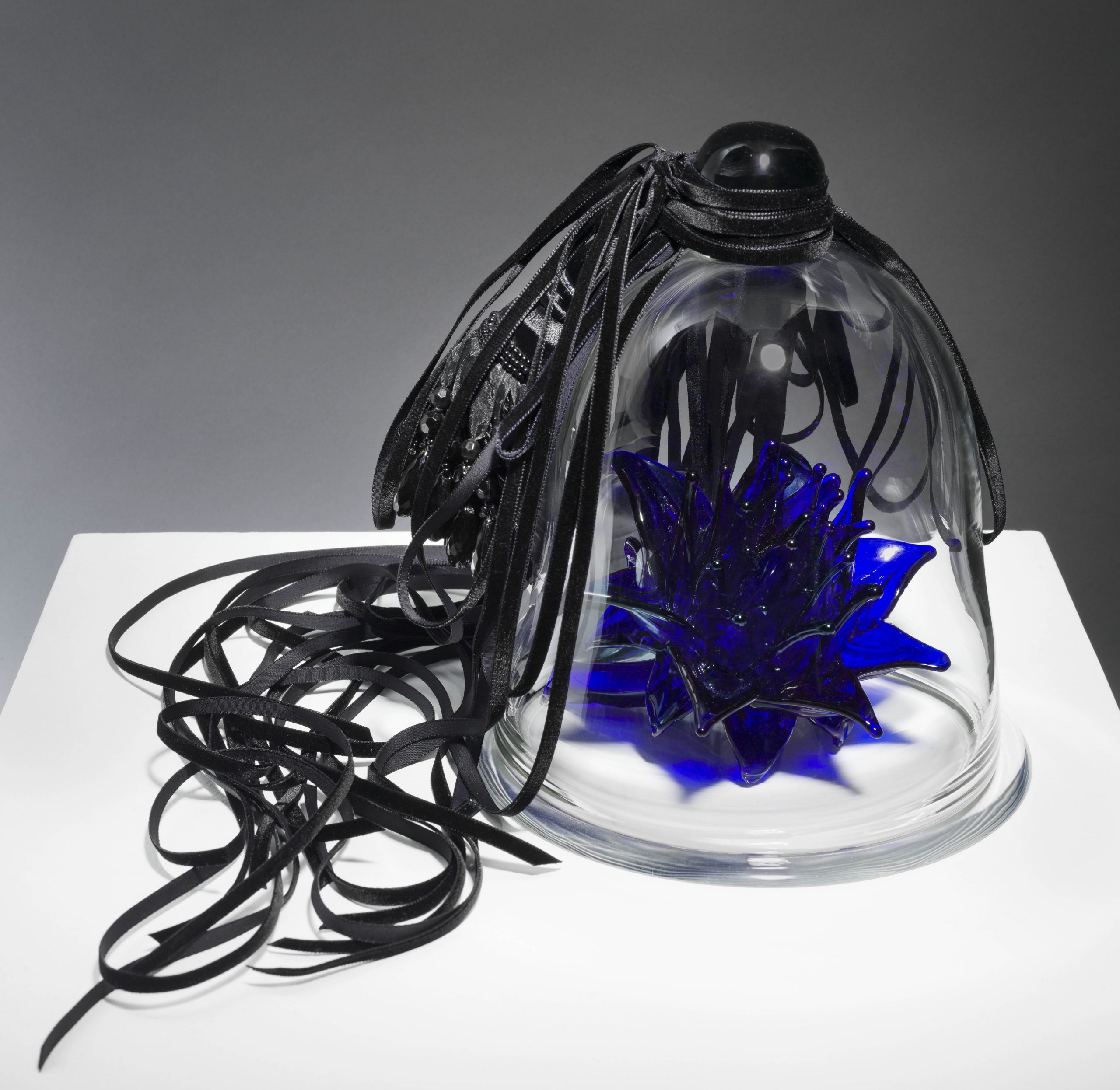 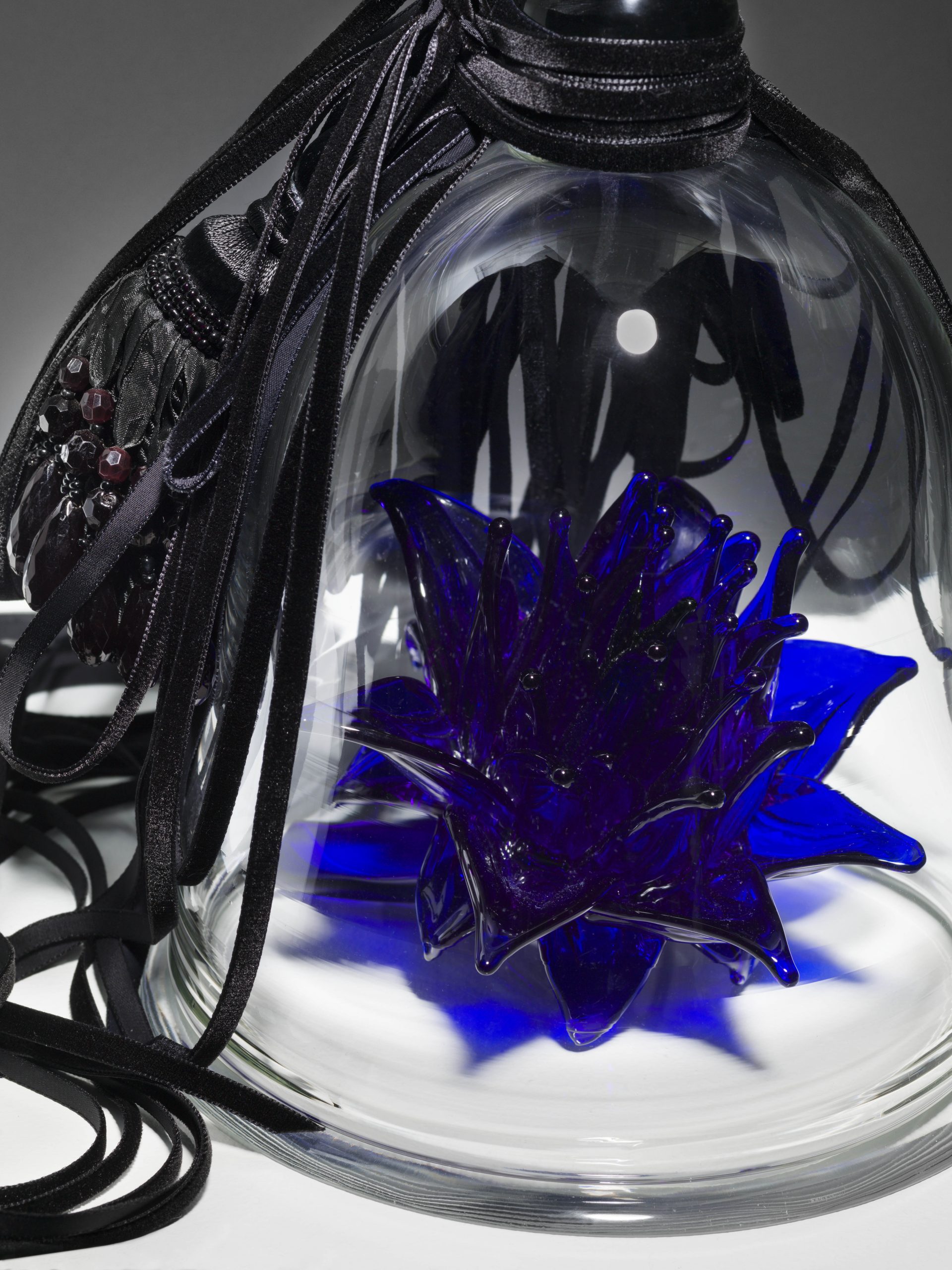 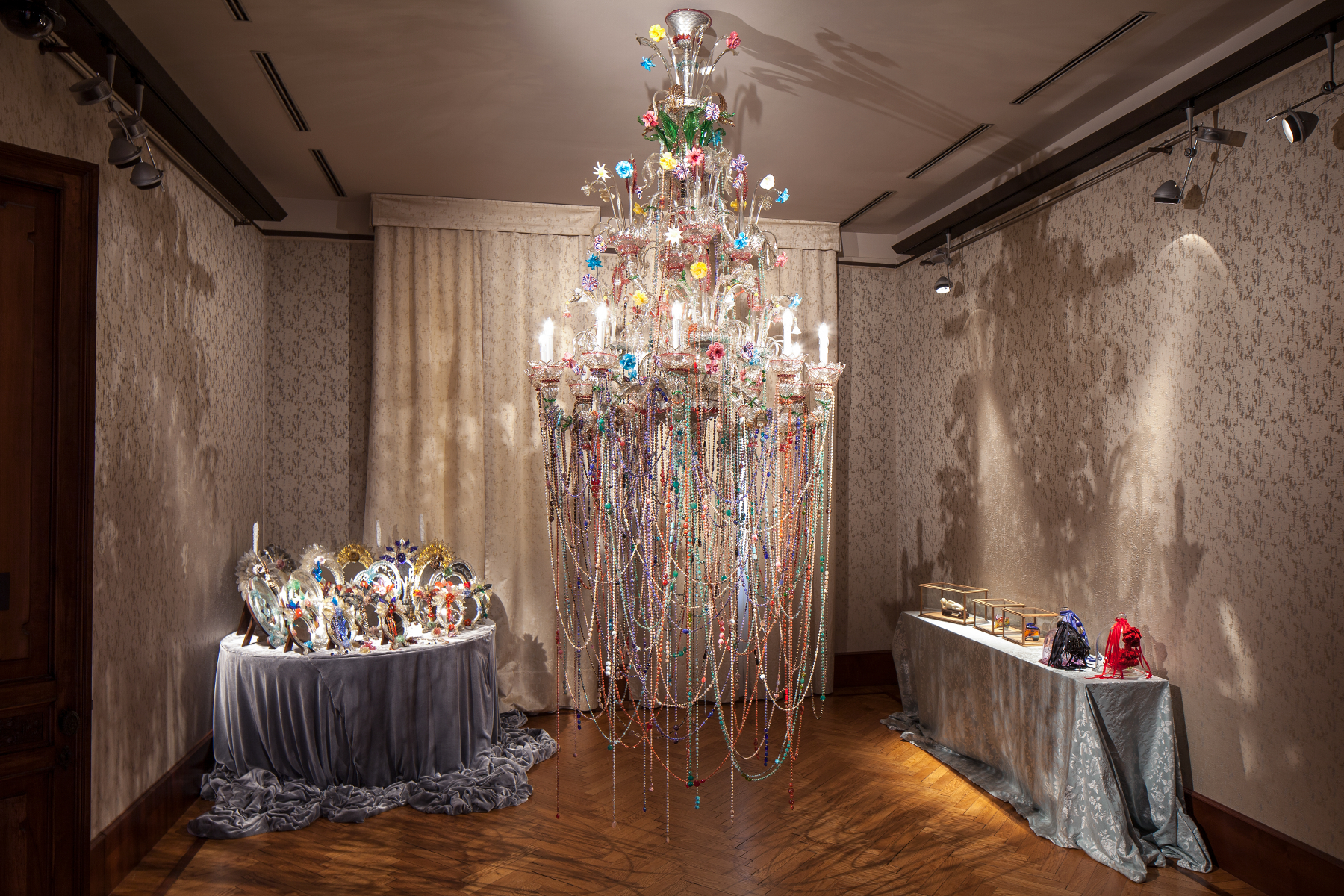 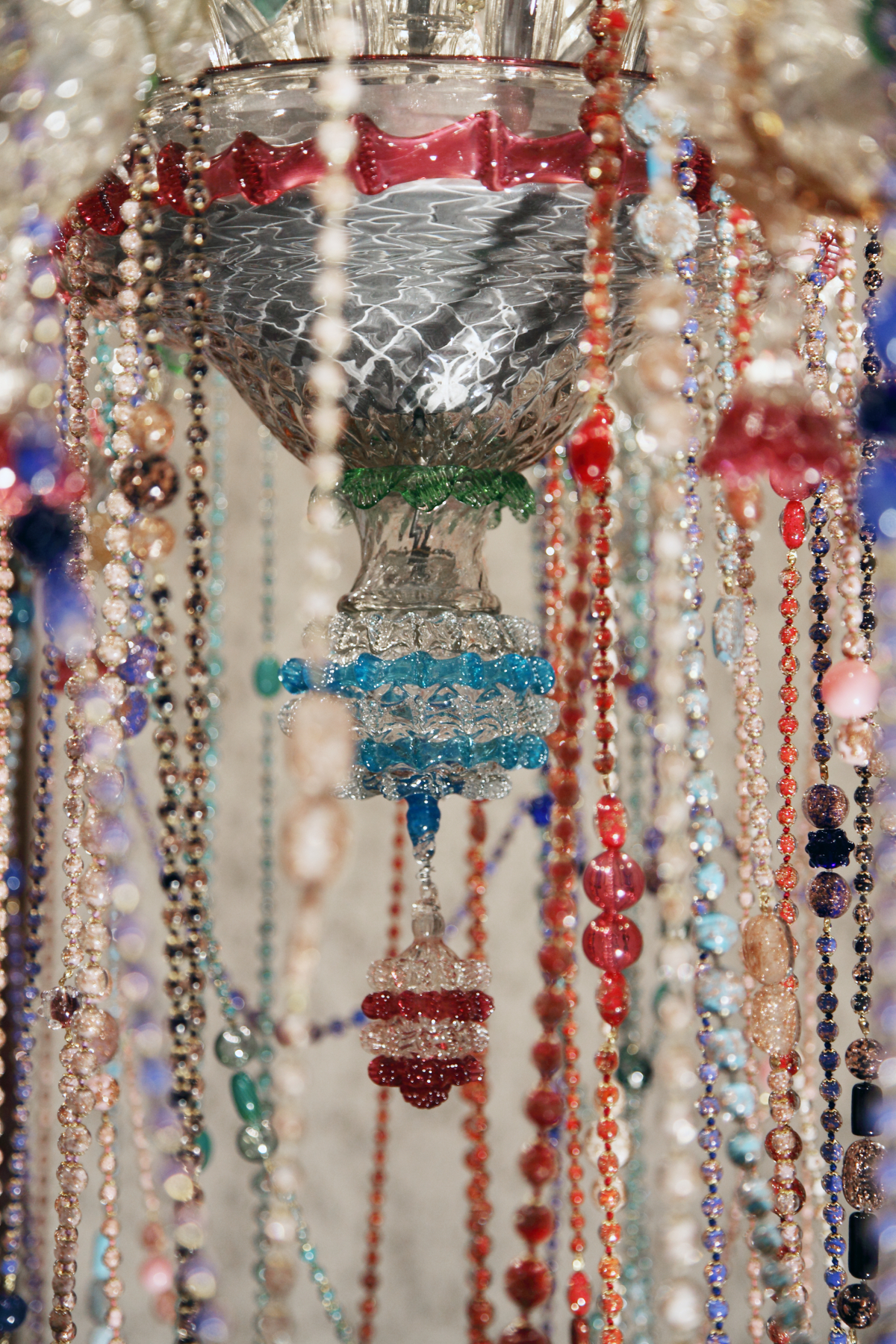 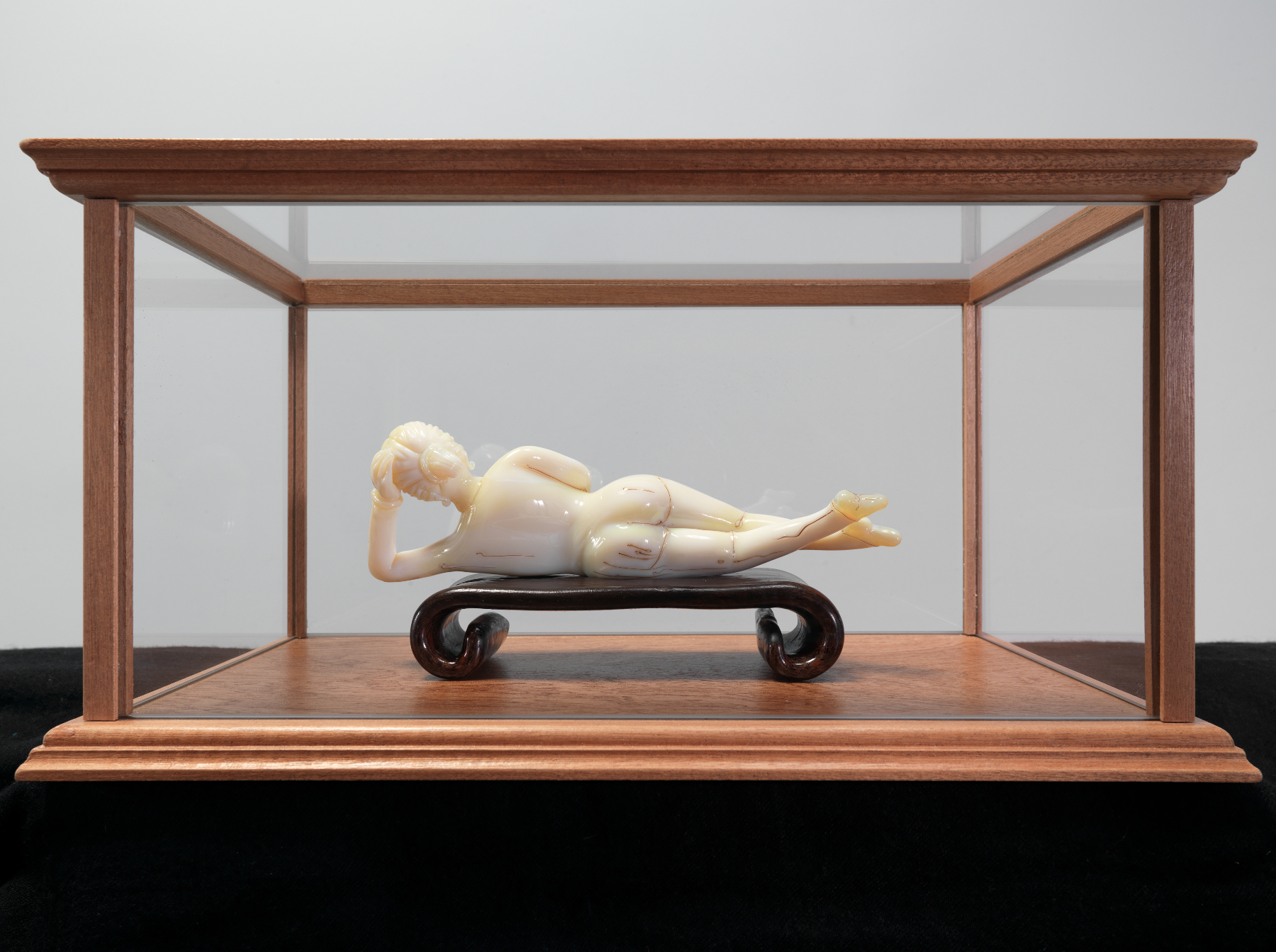 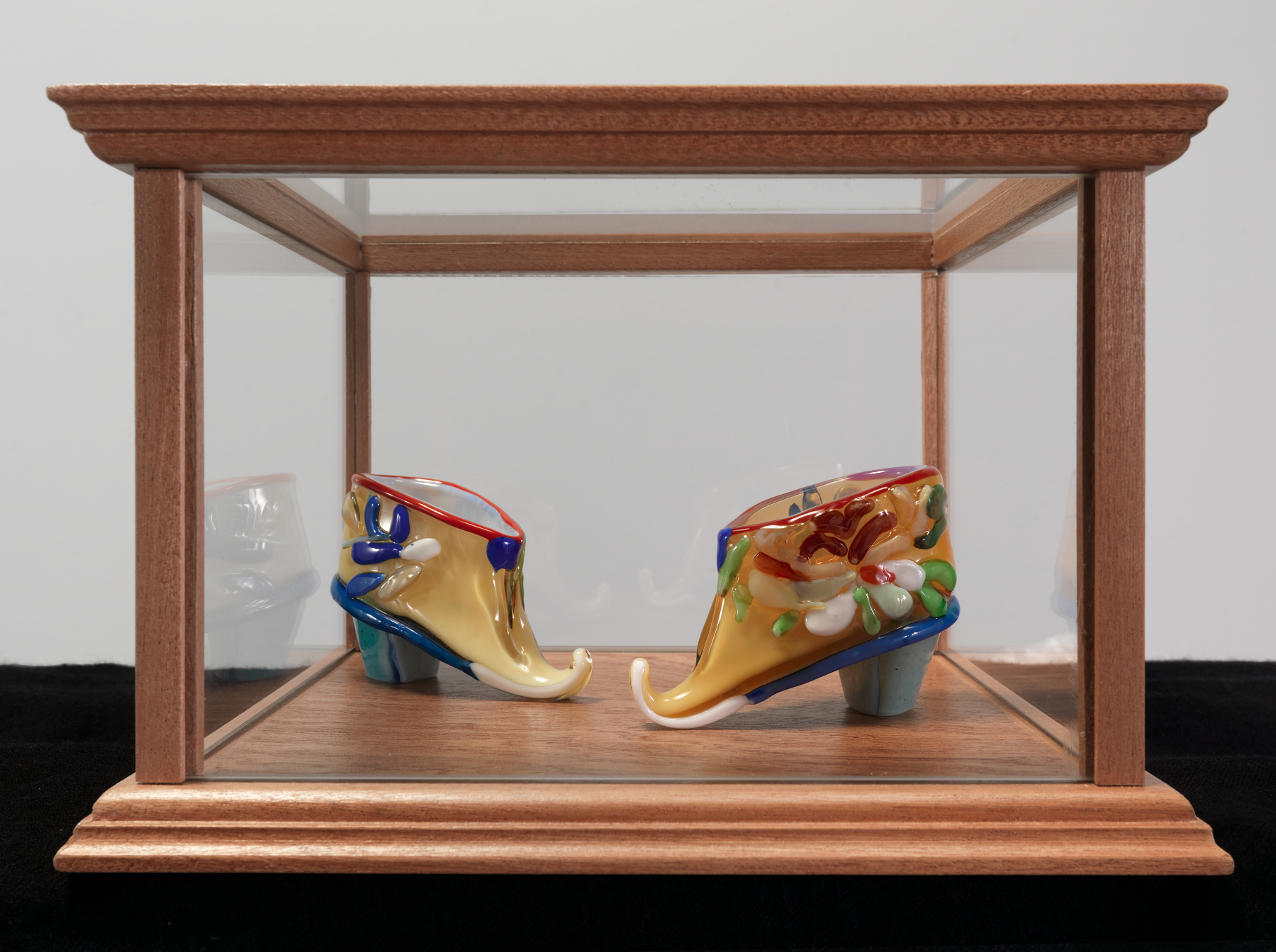 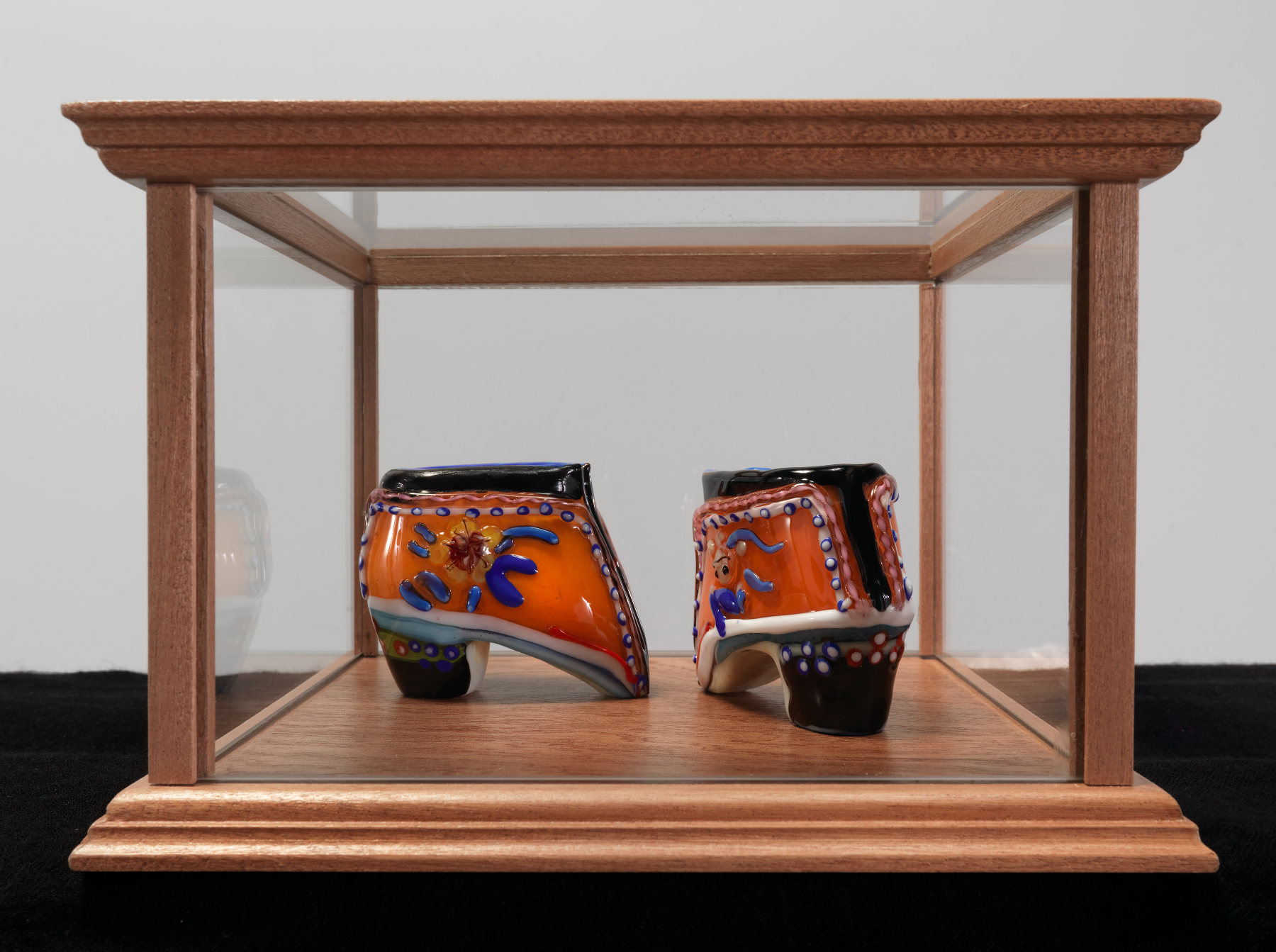 Petah Coyne was born in 1953 in Oklahoma City and lives and works in New York. She is a sculptor and photographer, attracted by the use of organic materials. She established a reputation in the 1980s and is now known worldwide.

In 1977, she graduated from the Art Academy of Cincinnati. Her monumental sculptures are made with the combination of different materials, including wax, rubber, artificial flowers and birds, dead fish, sand, horsehair, and spare parts for old cars. Intending to always use new approaches, she changes the materials with which she produces works from time to time and other sculptors, such as Eva Hesse and Louise Bourgeois, who influence her innovative artistic development. She combines binaries such as innocence and seduction, beauty and transience, life and death. Untitled #1180 (Beatrice) (2003–2008) is part of a series of sculptures inspired by the Divine Comedy of Dante Alighieri: the artist creates the figure of Beatrice as a tall woman covered with a purple and black velvet cloth, adorned with a variety of flowers and branches. This sculpture portrays the contrast between man and spirit, matter and essence. Her works are present in many collections including: the Guggenheim Museum and Metropolitan Museum of Art, both in New York; KIASMA, Helsinki; Museum of Fine Arts, Boston; and the Toledo Museum of Art. She has exhibited in numerous public and private institutions such as the Chicago Cultural Centre (2006); Galerie Lelong (2008), New York; MASS MoCA (2010–2011), North Adams; Fondazione Berengo (2015), Venice; and Nunu Fine Art (2016), Taipei. Among her numerous awards, she received a scholarship from the John Simon Guggenheim Memorial Foundation (1989), New York, and the Sculpture prize (1998) by the Joan Mitchell Foundation.