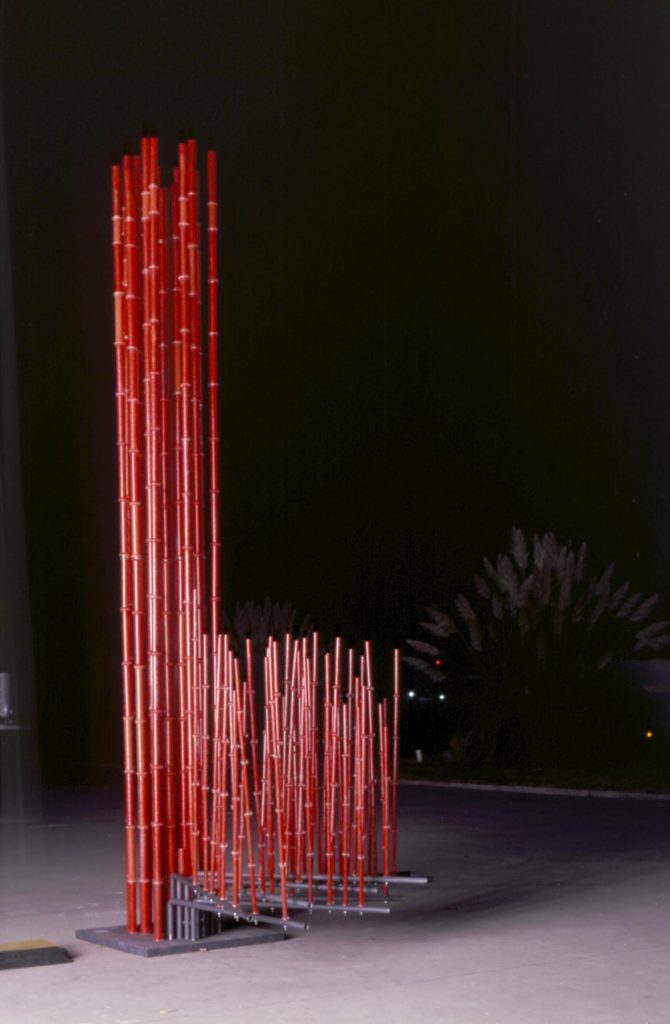 Pino Castagna was born in 1932 in Castelgomberto, in the province of Vicenza, Italy. He creates imposing works that are often placed in especially spectacular natural spaces, creating a continual dialogue-exchange with the surrounding space.

He completed his academic studies in Verona and Venice. Over the years, he acquired and improved the various skills and his knowledge of working with materials like ceramic, glass, marble, wood, bronze, aluminum, cast iron, cement and steel. His artistic research, in fact, is characterized by his experimentation in the use of the medium, or rather by continually going beyond the extreme limits of the resistance of the materials. Castagna’s models are Brancusi, Derain, Modigliani, Wotruba, and Guerrini for their anti-classicism.  The artist’s sculptures are obvious transpositions of a subjective idea completely in tune with the environment in which they are placed. The artist’s most important one-man shows have found, moreover, their ideal, open-air locations in the main historical centers of cities in Italy and Europe. With his retrospective at Trento’s Palazzo delle Albere and the survey exhibition in the rooms of Mantua’s Palazzo Te in 1985, Castagna’s importance in the international art world was recognized. His success was confirmed the following year with his participation in the 42nd Venice Biennale, with the memorable cast iron installation of Sails (1981) on the bank of the basin of San Marco. The architectonic and environmental ambition of Castagna’s sculptures is revealed in a series of urban-scale initiatives including Cascade (1991-1992), a work placed in the countryside along a French motorway near Lyons; the open-air church in the courtyard in front of the Parish Church of Zermeghedo (1994); Monadi, a steel and cement sculpture intended for the Villa Glori sculpture park in Rome; the glass Reed, acquired by the Chamber of Deputies, now part of Montecitorio’s contemporary art collection (2001); the Venetian Block, a sculpture made of Murano glass and steel, about 10 meters tall that rises in the center of the Rotonda Maria Rosa Molas in Castellon de La Plana, Spain (2002).