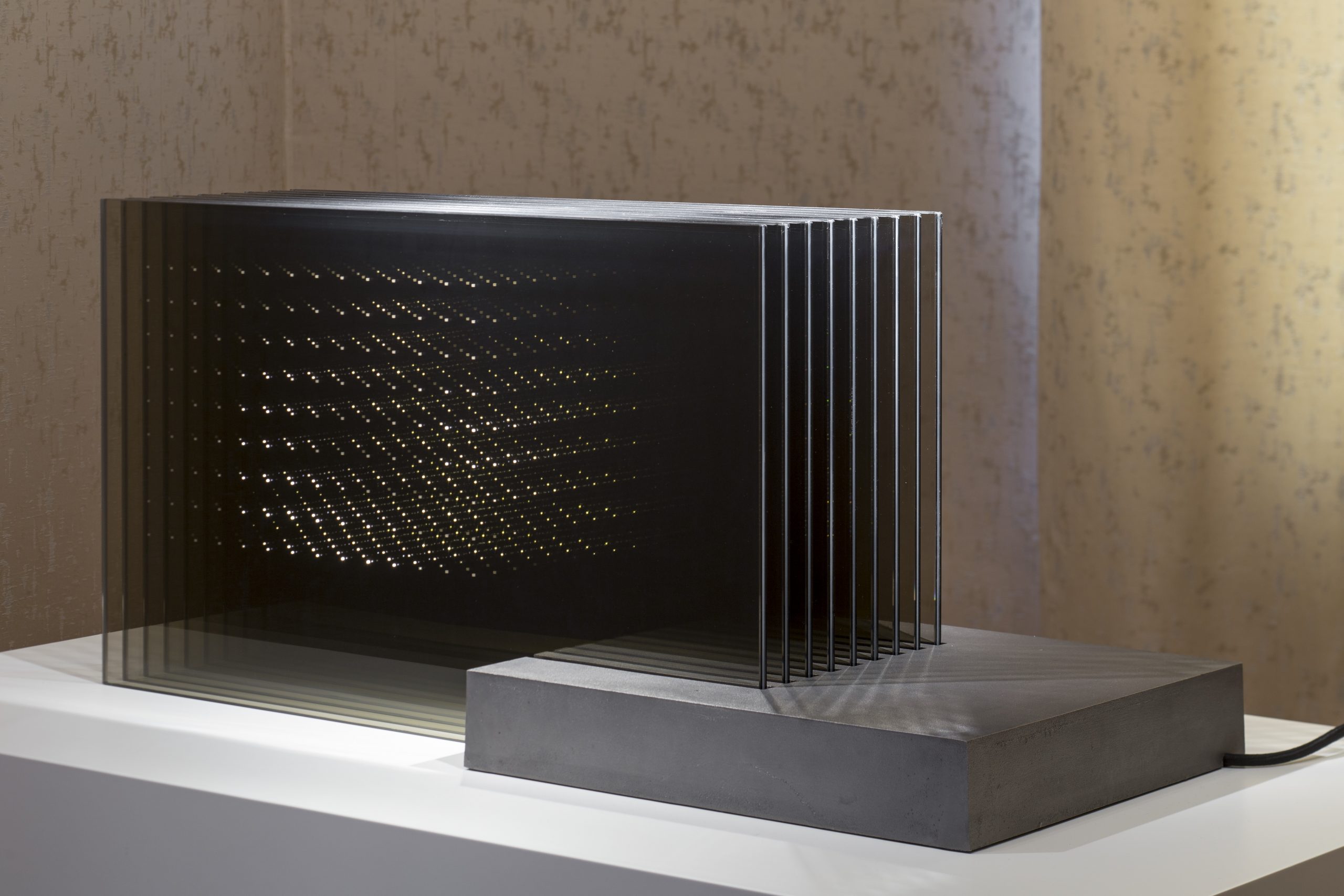 Random International is an experimental artist collective and collaborative studio that, through active participation installations, explores themes of autonomy and identity in the post-digital age.

Founded in 2005 by Hannes Koch and Florian Ortkrass (both born in 1975), the studio now includes a larger team in London and Berlin. They are known worldwide for the installation Rain Room-a large-scale environment of continual, responsive rainfall-which has been presented at Los Angeles County Museum of Art (2015); Yuz Museum (2015), Shanghai ; Museum of Modern Art, New York (2013); and the Barbican (2012), London. Their systems are inserted in the space inviting movement from the audience, crossing dimensions, as exemplified by Future Self, involving dance and music. As they said in an interview: “After creating both two and three-dimensional installations involving the body for a few years, we wanted to learn more about what’s happening when people see and experience our work.” Their work is in the collections of MoMA, New York; Sharjah Art Foundation, United Arab Emirates; and Victoria and Albert Museum, where their Swarm Study III is on long-term display. Solo presentations of their work have been exhibited at Pinakothek Der Moderne (2009-2010), Munich; Carpenters Workshop Gallery (2010, 2012), Paris; Lunds Konsthall, Sweden (2014); Los Angeles County Museum of Art (2015); Le Laboratoire (2016), Cambridge; and Pace Gallery (2016), New York. The studio’s work formed part of the Moscow Biennale of Contemporary Art (2011), Ruhrtriennale (2013), and the Lichtsicht Biennale (2015), and participated in group exhibitions at Victoria and Albert Museum (2012), London; MoMA (2013), New York; and Museum of Science and Industry (2016), Manchester. Co-directors Stuart Wood, Koch and Ortkrass were named ‘Designer of the Future’ (Miami art / Basel, 2010) for their great ability to hybridize numerous types of artistic languages.