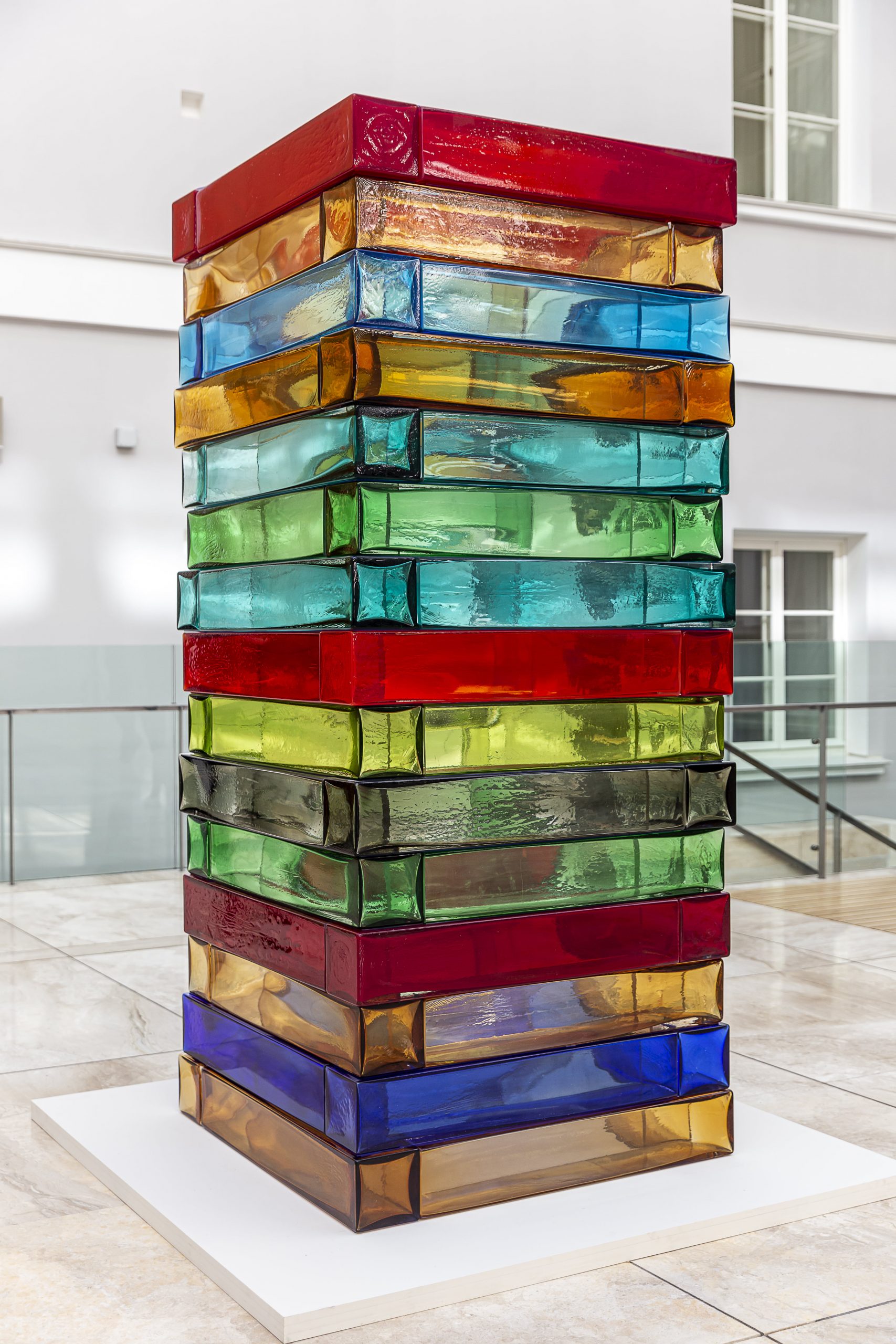 Sean Scully was born in Dublin, Ireland in 1945 and today lives and works between New York and Bavaria. His work is in the collection of virtually every major museum around the world.

In 2014, he became the only Western artist to have had a career-length retrospective exhibition in China. This led to his being awarded the International Artist of the Year Prize in Hong Kong in 2018. Recent solo exhibitions include Landline at The Hirshhorn Museum and Sculpture Garden which toured to the Wadsworth Atheneum, Connecticut; a retrospective titled Vita Duplex at the Staatliche Kunsthalle Karlsruhe, Germany; Sean Scully: Sea Star at The National Gallery, London, and the first major exhibition of his sculptures at the Yorkshire Sculpture Park, UK; the Albertina, Vienna; the Villa and Collection Panza, Varese, Italy; and San Giorgio Maggiore in Venice, Italy, for the 58th Venice Art Biennale, among others. In 2020 the Hungarian National Gallery, Budapest opened a major retrospective by Sean Scully, his first exhibition in Central Europe, which will travel to the Benaki Museum, Athens and the Museo d’Arte Moderna, Bologna. 2021 also sees a major fifty-year career retrospective Sean Scully: The Shape of Ideas organized by the Philadelphia Museum of Art, opening at the Modern Art Museum of Fort Worth, Texas, USA in June and then in Philadelphia in 2022.