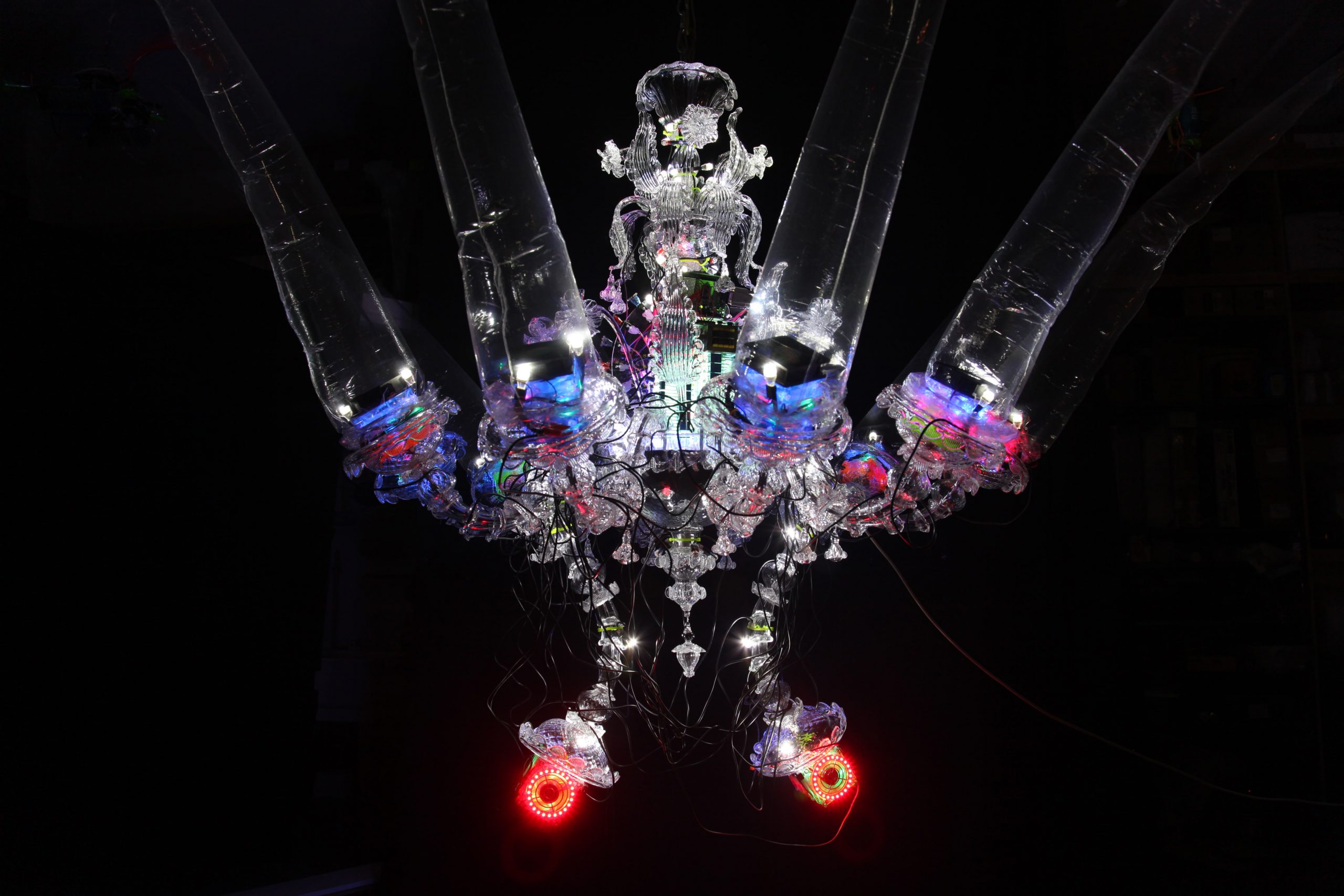 Shih Chieh Huang was born in 1975 in Taiwan and lives and works in New York. Fascinated with science and biology, his work is characterized by playful installations composed of everyday objects that are transformed into ethereal sculptures, conjuring up magical realms.

He received his BFA from the University of California, San Diego, in 1998 and his MFA from the School of Visual Arts in New York in 2001. From an early age, he developed a passion for taking apart household objects and transforming them into something new; through a meticulous process, he dissects and reassembles the detritus of everyday life. In 2007, he was the Art Research Fellow at the Smithsonian Institute and studied bioluminescent organisms, an experience which deeply informs his practice. His most recent works use plastic bottles, garbage bags, computer cooling fans, LED lights and other everyday items, turning them into gigantic “living” sea-creatures that move and light up. Projects such as Synthetic Seduction (2013) and Synthetic Microcosms (2015) are sprawling installations that encompasses the viewer, making them feel they are exploring a surreal underwater ecosystem. He has exhibited at the Museum of Contemporary Art Taipei (2003); Haas & Fischer Gallery (2006), Zurich; Smithsonian National Museum of Natural History (2011), Washington, D.C.; and participated in international events such as the Venice Biennale (2009); Busan Biennale (2010); Aichi Triennale (2010), Japan; International Biennale of Media Art (2012), Melbourne; Amsterdam Light Festival (2013); Glasstress (2013), Venice; Echigo-Tsumari Art Triennale (2015), Japan; and The Armory Show (2016), New York. He has held a Rockefeller Foundation New Media Arts Fellowship (2006, 2007); TED fellowship (2014); and New York Foundation for the Arts Fellowship (2014). He was awarded the University of California San Diego Research Scholar Award (1997) and The Oscar Signorini Prize (2008), D’ars Foundation, Milan.