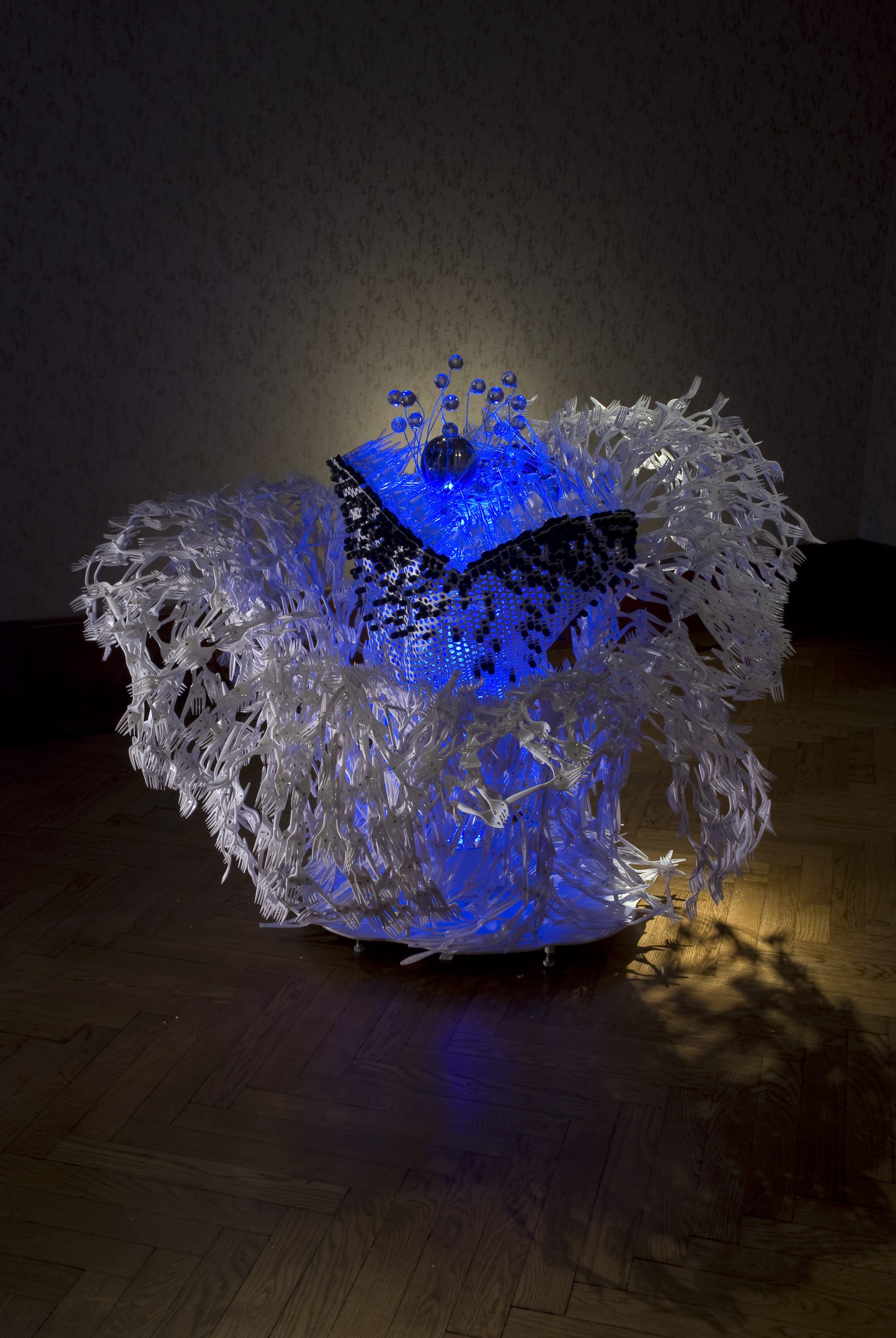 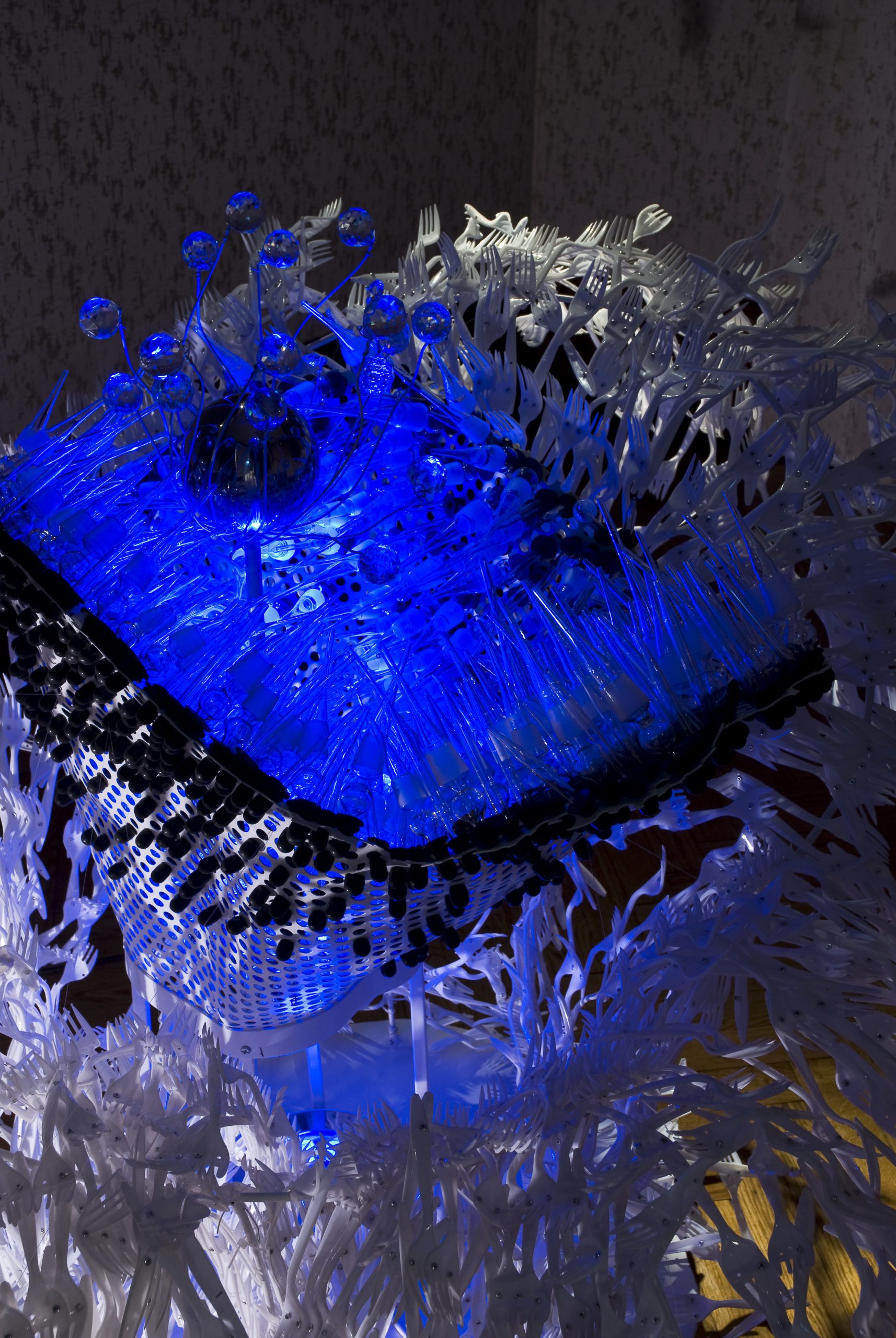 Soyeon Cho was born in 1974 in Seoul and lives and works in New York and Toronto. She is best known for using discarded objects from daily life to create ethereal dreamscape sculptures and installations.

She received an MFA in Sculpture at Seoul National University in 2000 and an MFA in Fine Arts from the School of Visual Arts in New York in 2004. In her work, she uses a variety of discarded, inexpensive and quotidian materials, such as plastic forks and q-tips, and, like the avant-garde artists of the twentieth century, she rescues these items from their everyday mundane purpose and transforms them dreamscape environments full of light, color and movement. Revealing the beauty and ephemerality of her dreams and the hidden magic of trivial things, she re-evaluates human potential and relationships. She has exhibited her work in numerous galleries and museums around the world, including the Seoul Arts Centre (2007); the Museum of Arts and Design (2008-2009), New York; CAIS Gallery (2009), Seoul;  Galleria Michela Rizzo (2005, 2009), Venice; Mass MOCA (2011), North Adams, Massachusetts; SKL Gallery (2009, 2013), Mallorca; H Gallery (2016), Paris; and has participated in events such as Glasstress (2009), Venice; Toronto International Art Fair (2009); Volta (2010), New York; Glasstress Stockholm (2011); Glasstress Beirut (2013); Korean Art Now, Art Flow (2015), New York and Glassfever (2016), Dordrecht. She has held residencies and fellowships at A.I.R. Gallery 2005-2006), Rotunda Gallery (2006) and Henry Street Settlement (2007) all New York. She is the recipient of the Seoul National University Scholarship (1994-1997) and the Andy Gerber Memorial Award (2004) from the Centre on Contemporary Art (CoCA), Seattle.