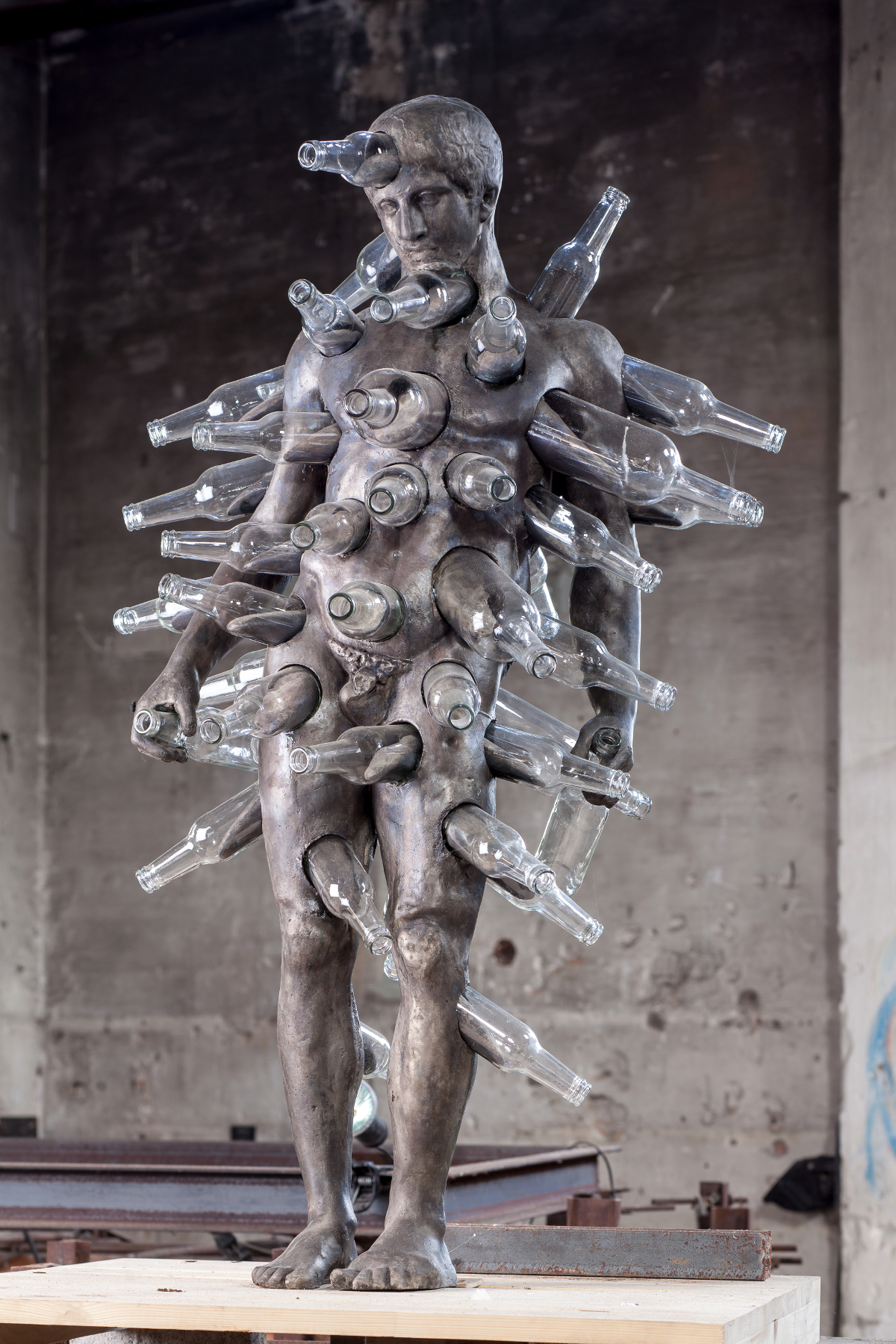 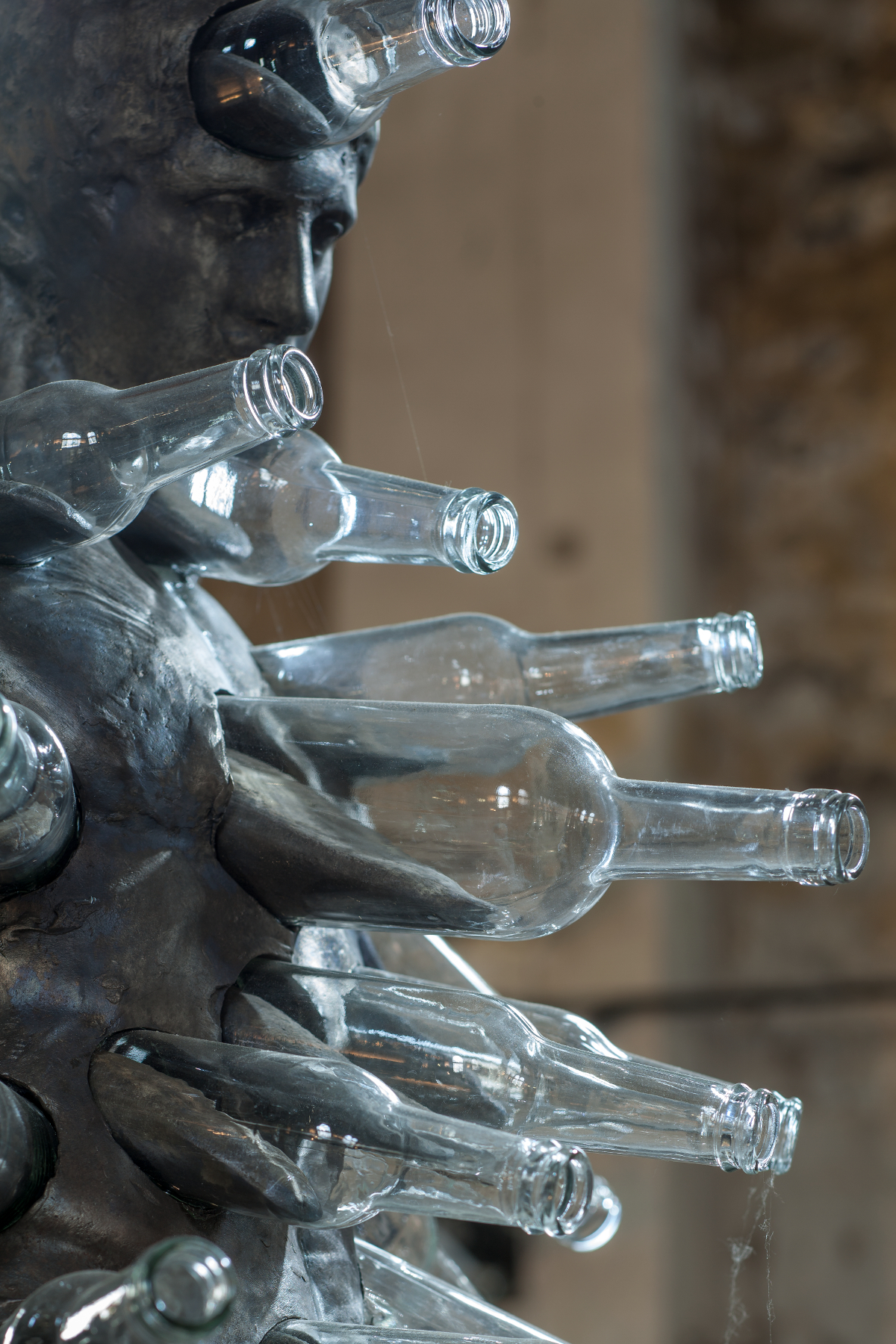 YOU WERE ON MY MIND 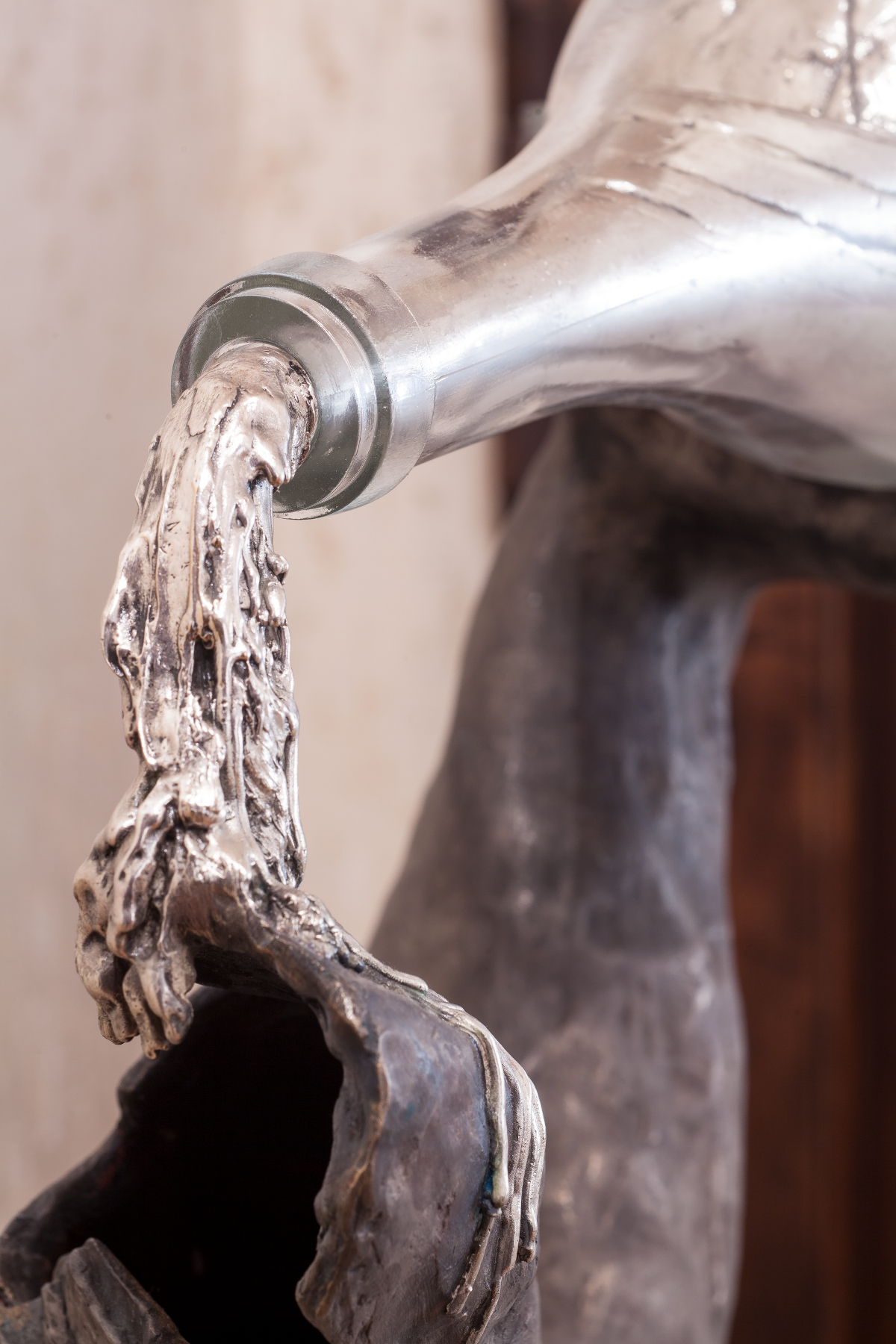 Thomas Lerooy was born in 1981 in Roselare, Belgium, and lives and works in Brussels. His drawings and sculptures challenge, in an ironic and provocative way, the pinnacles of Western art spanning from antiquity to the Renaissance, Mannerism and the Baroque.

His artistry plays with the Classical notion of the iconic, a  principal theme throughout the history of art. As the artist states, images of Classical art “are etched on our memory and have thus acquired normality, so that you almost get the sense that they are perfection itself. And people want to be perfect; they want to be able to identify with perfection.” By using the formal elements and materials associated with high art and fusing together beauty with the grotesque the artist subverts the viewers’ expectations. For example, he may present an ancient-style nude but it is pierced by glass bottles or a putto with a skull’s head. In Not Enough Brains to Survive (2009), one of his best-known works, the artist creates a perfectly sculpted Greek nude in bronze but with an excessively disproportionate head. This ironic quotation refers to the extreme precision with which the sculptors of ancient Greece used to create idealized proportions in their figures. In his practice, dualities such as life and death, ancient and contemporary, the iconic and fragmentary, are brought together in a humorous way. His works are present in important international institutions such as the Centre Georges Pompidou, Paris, and Belfius Art Collection, Brussels. He has participated in numerous exhibitions, including at Galerie Nathalie Obadia (2009, 2010, 2012), Paris; Kunsthalle Krems (2010); Maison Particulière (2011, 2013, 2014), Brussels; Petit Palais, (2015), Paris; Fondazione Berengo (2015), Venice; Galleri Brandstrup (2016), Oslo; Belfius and Art Gallery (2016) Brussels. He has been an artist in residence at Künstlerhaus Bethanien (2009-2010), Berlin; and at Kunsthalle Krems (2011).