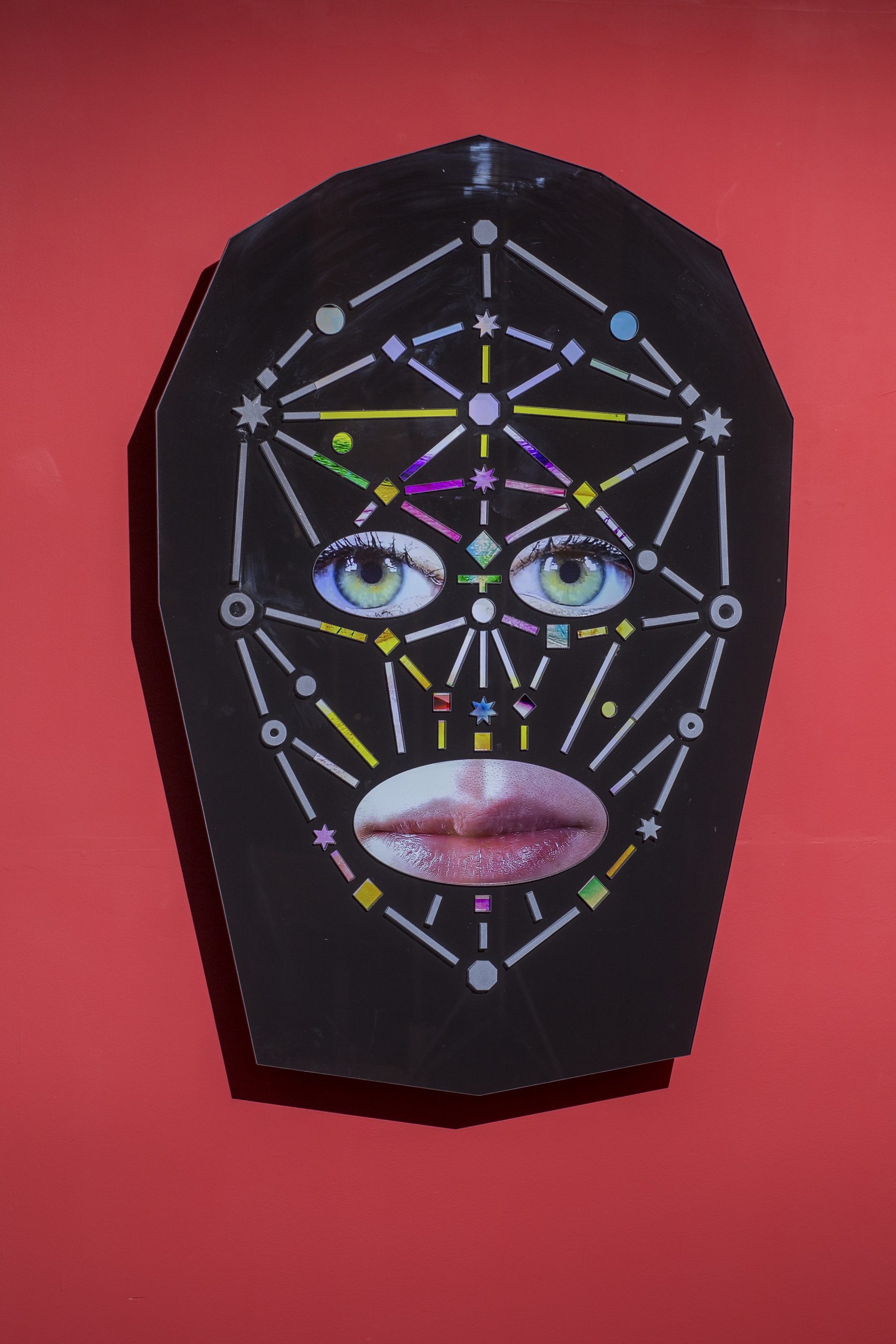 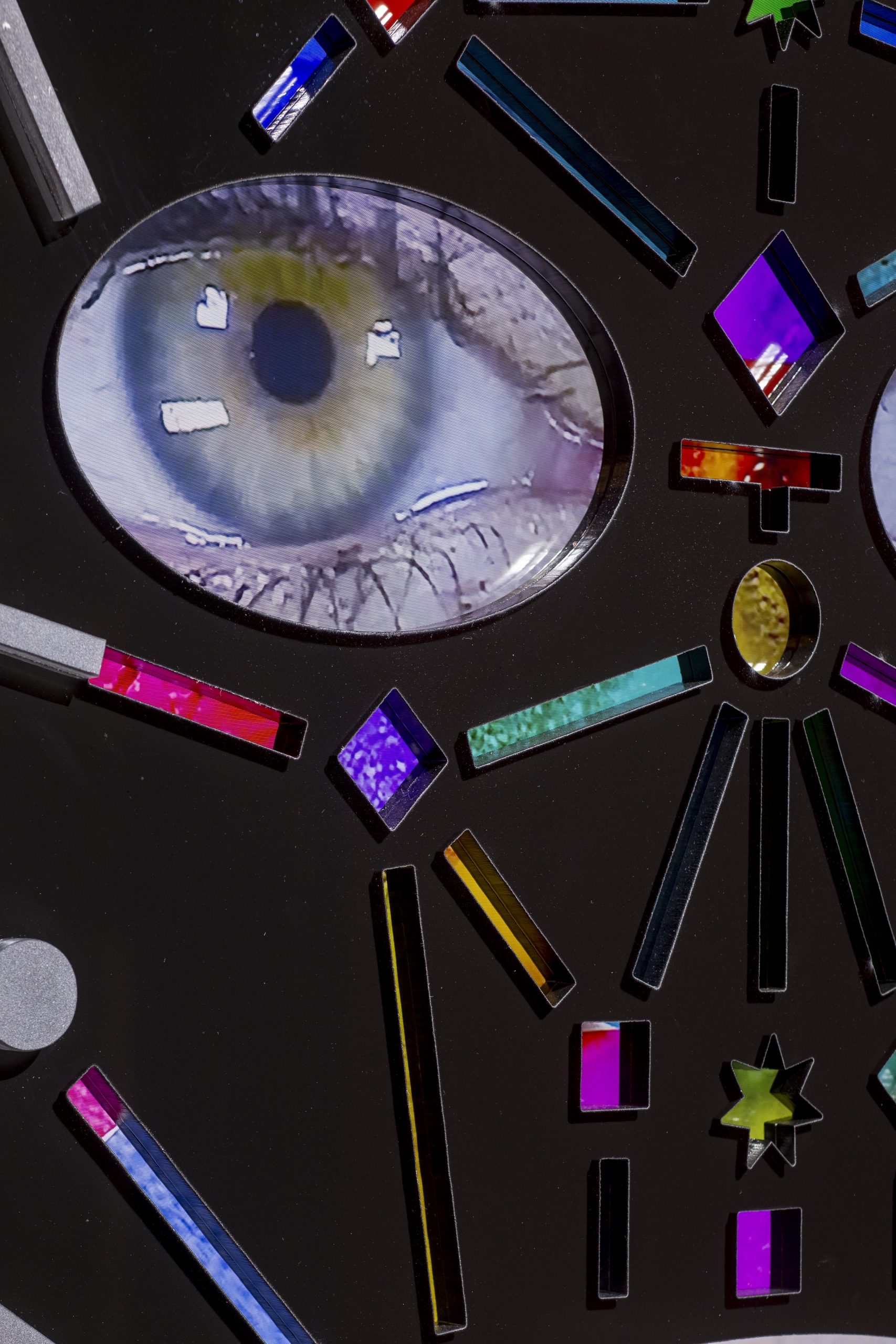 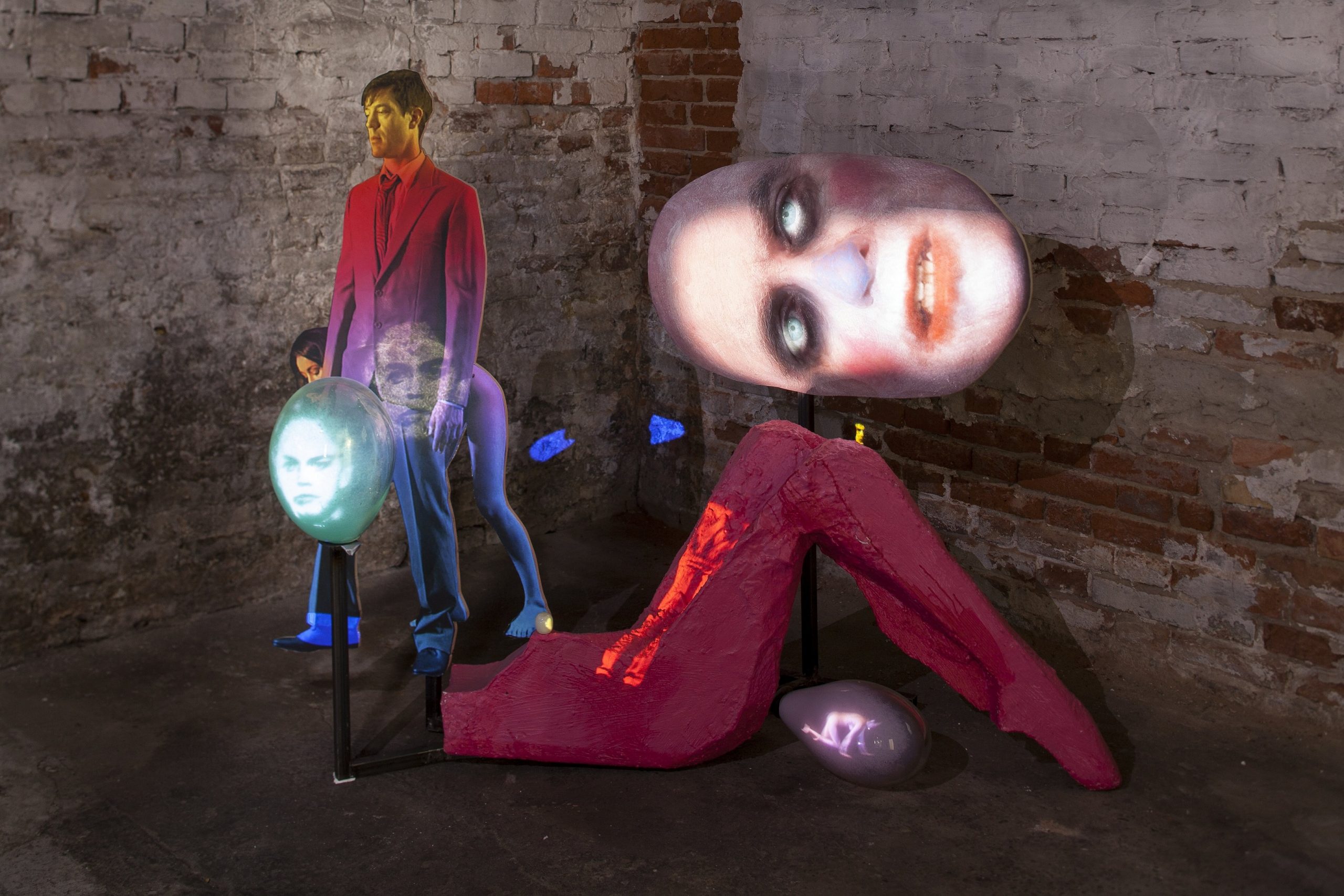 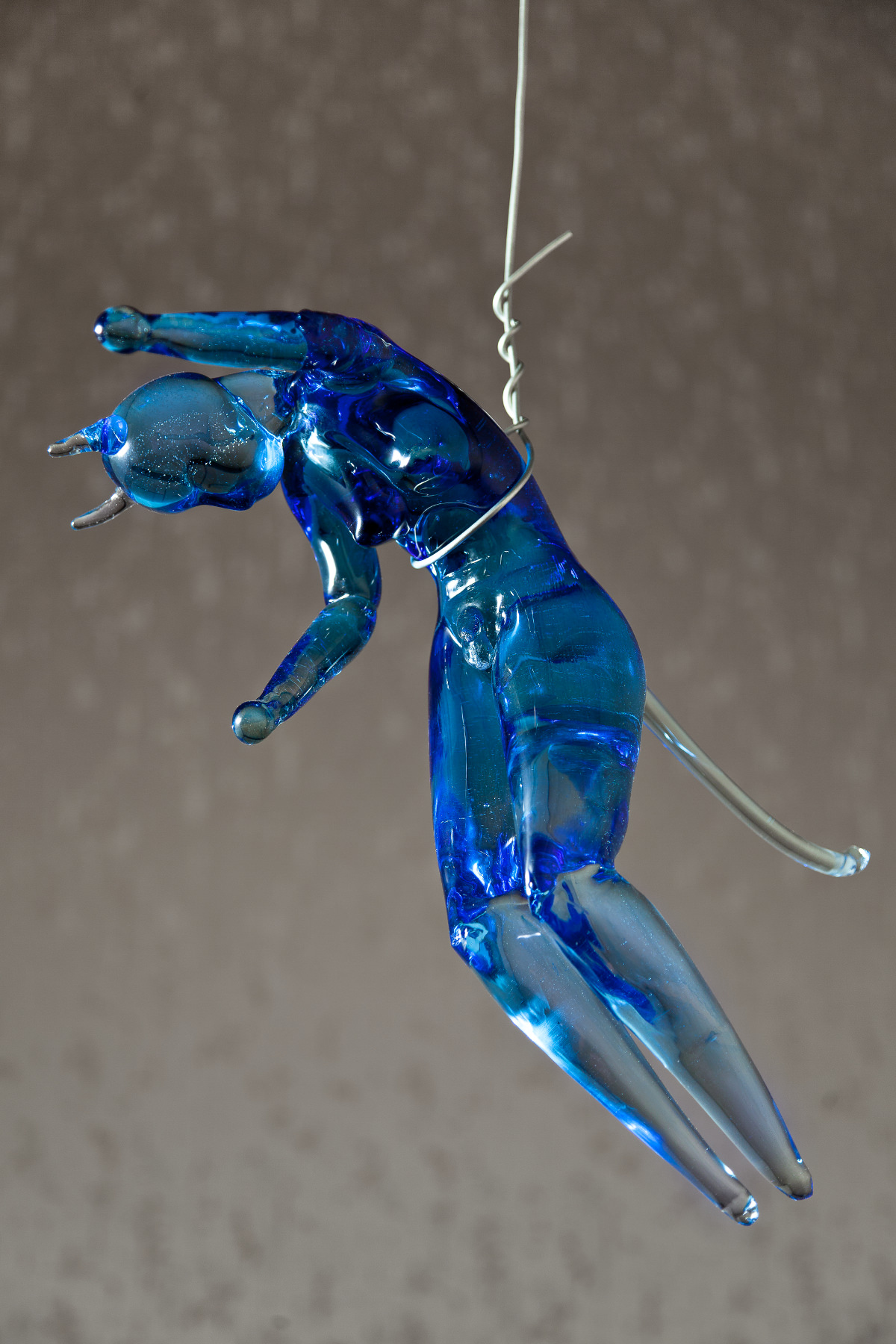 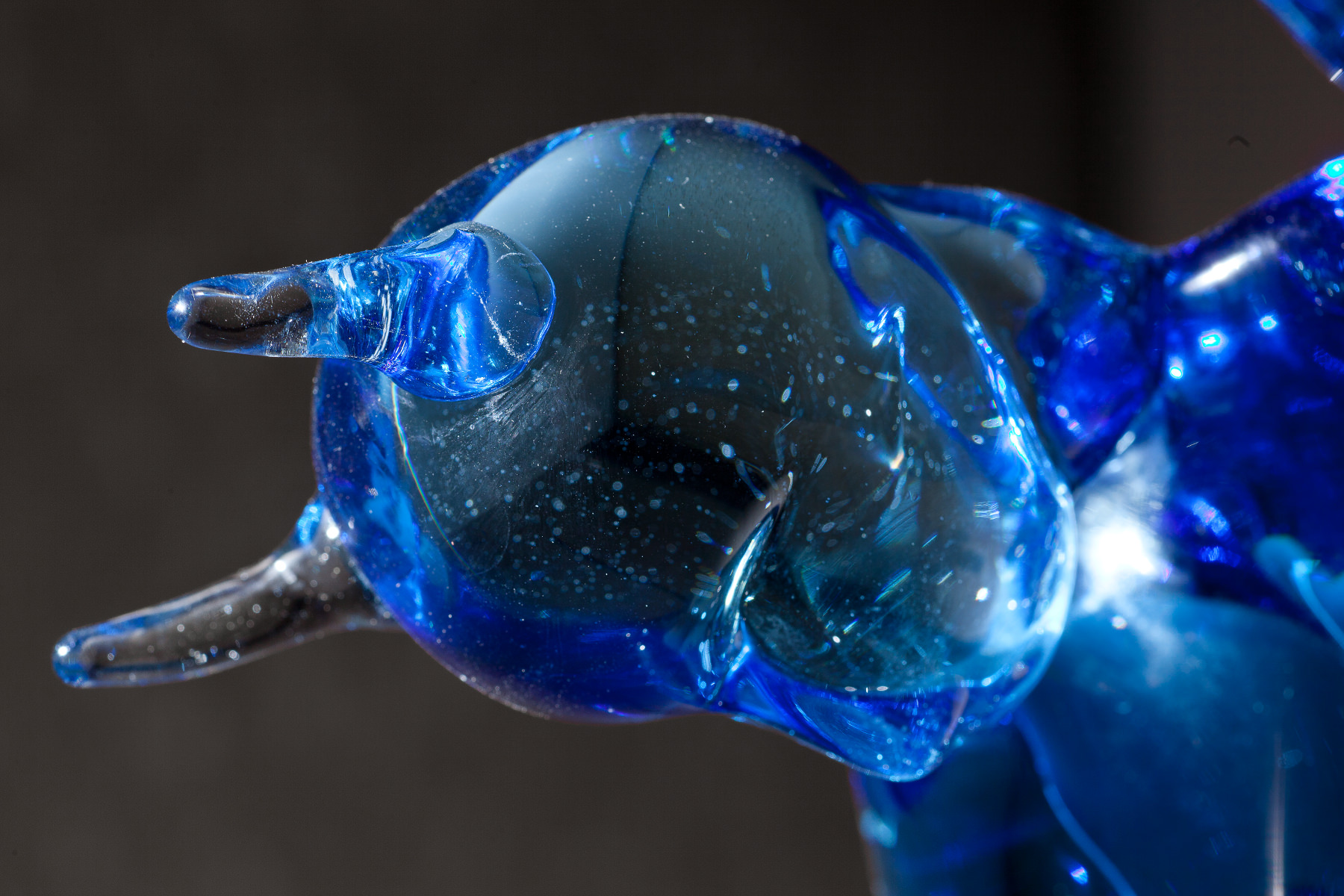 Tony Oursler was born in 1957 in New York where he lives and works. His art addresses the role mass media plays in contemporary daily life and he is a prominent figure in the recent history of video art.

In 1979, he received a BFA from the California Institute of the Arts, Valencia. In the 1980s, he began to create short videos and later designed installations in which he used sound and video. Since the 1990s, the use of dummies, puppets and dolls, trees, and clouds of steam have become a constant presence in his work. He is interested in the relationship between the individual and the language of mass media, which he feels is responsible for the profound changes in the modes of expression and communication in our times. The multimedia works that have made him famous are videos shown in 3D, often on spherical surfaces that accentuate the subject’s expressiveness: deformed faces recite monologues from intimate and somewhat delirious perspectives, projected on irregular forms as they talk, observe, yell as in his Talking Heads series (1998). These were then replaced by showing eyes (the Eyes series, 1998), that display dilated pupils, blinks, and irises. He has been called the mastermind of video-sculpture. His works are in the collections of major museums worldwide, including MOMA, the Whitney Museum, and the Metropolitan Museum, New York; the Musée d’Orsay and Centre Georges Pompidou, Paris; the Tate Gallery, London; and the National Museum, Osaka. He has exhibited extensively at prestigious institutions and events including: Carnegie Museum of Art (1995), Pittsburgh; Glasstress (2011), Venice; Tate Modern (2013), London; Museu de Arte Moderna (2013), Sao Paulo; LUMA Foundation (2015), Arles; and The Stedelijk Museum (2014), Amsterdam.