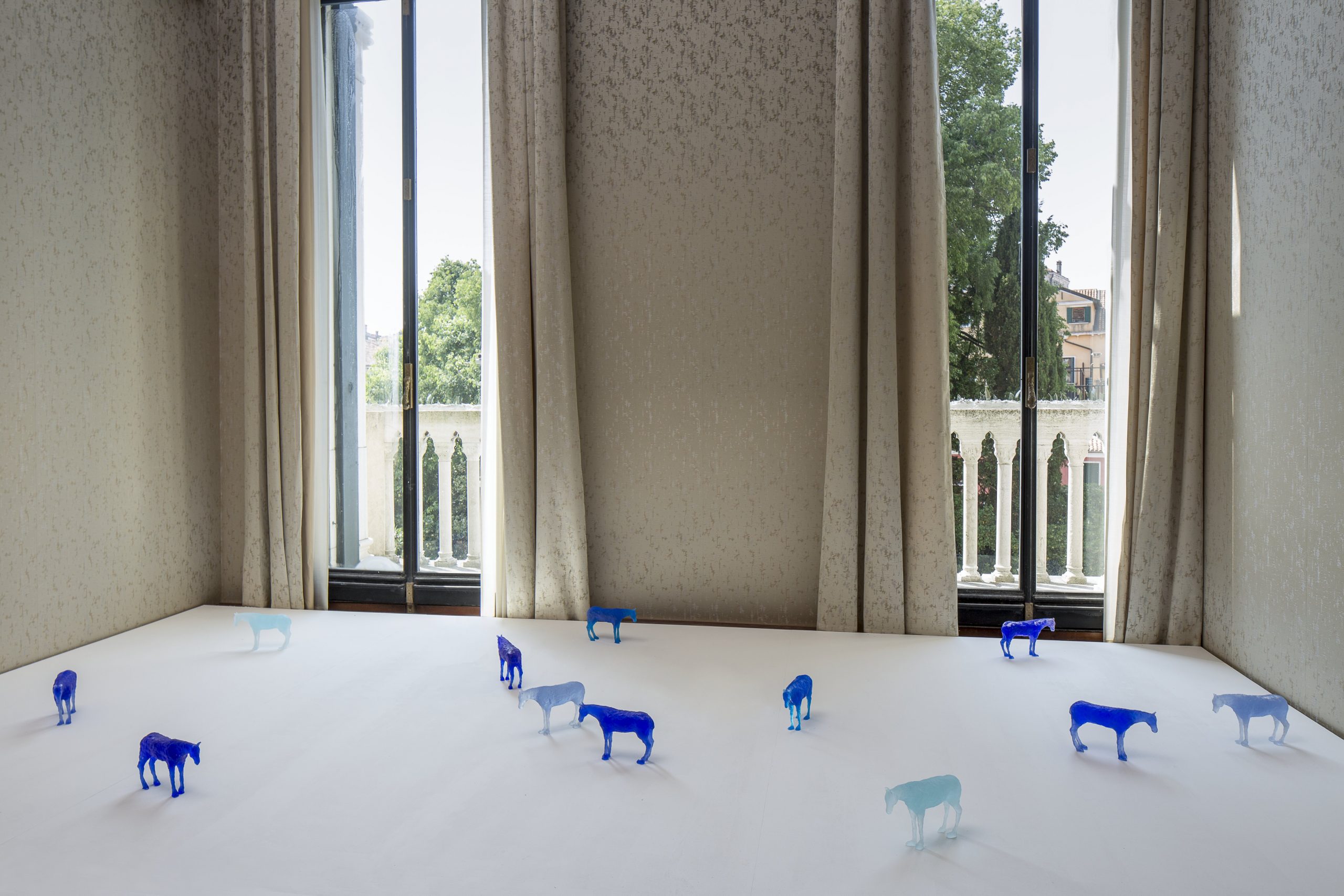 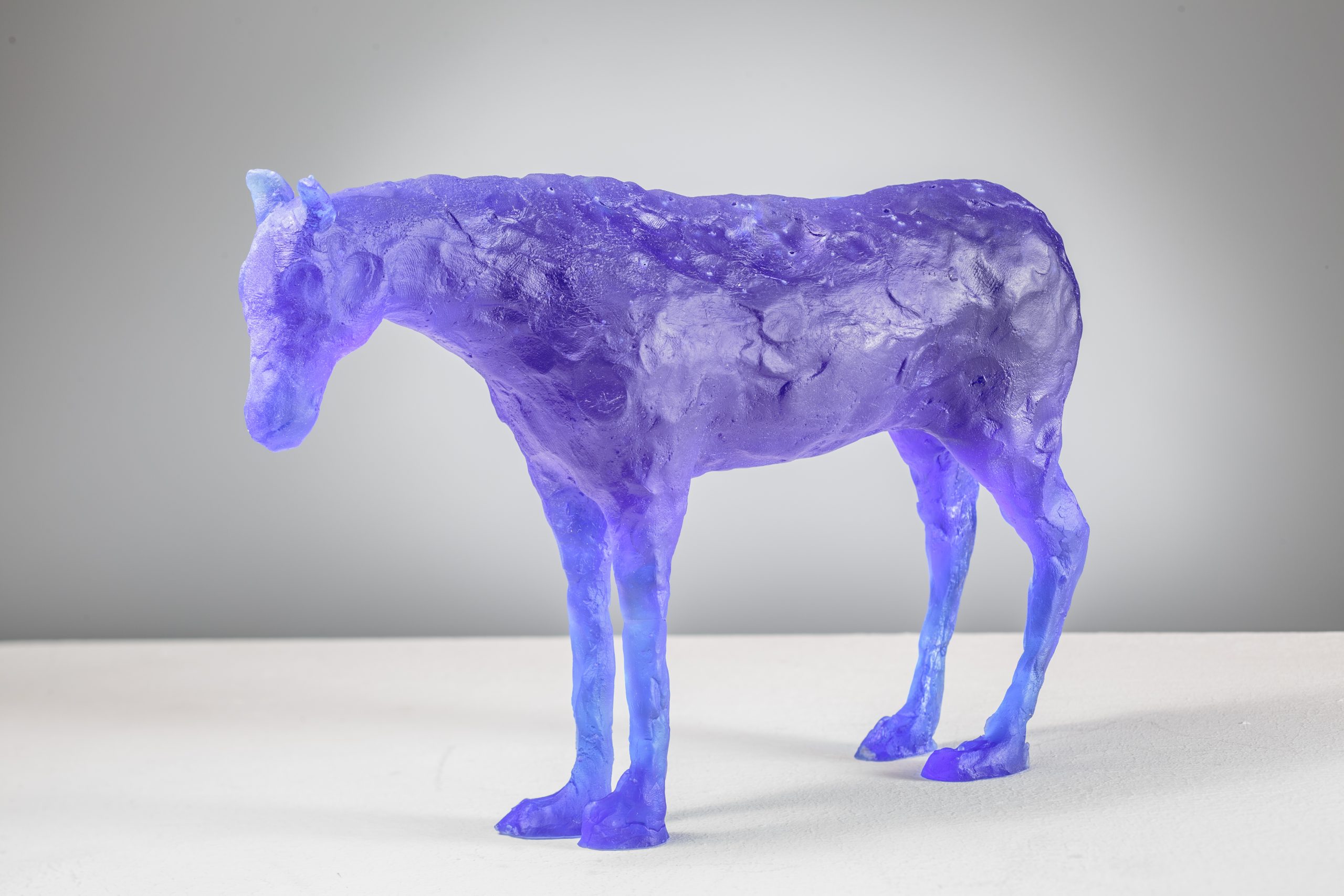 Ugo Rondinone was born in 1964 in Brunnen, Switzerland, and lives and works in New York.  His work explores the boundaries between fiction and reality, investigating profound emotional and psychic moments in the most common elements of daily life.

Raised in Switzerland to a family of Italian origins, from 1986 to 1990, he studied at the University of Applied Arts in Vienna. Since the 1980s, he has worked with a wide variety of media, including installation, sculpture and painting. In Vienna, he worked alongside Hermann Nitsch and his Orgies Mysterien Theater performances, an experience that greatly influenced the artist: in fact, this performance concept recurs in many of his solo exhibitions involve actors, videos, and sounds. Since 1997, he has created rainbow-hued, neon sculptures in which he inserts exclamations and phrases from pop culture, like Hell, Yes! (2001). During this period, he also began has realizing blurred, atmospheric and contemplative paintings of concentric circles that evoke psychedelic images of the 1960s. He moved to New York in 1998. At the centre of his practice is a recurring theme and figure: clowns who often appear as melancholic, disenchanted, and idle characters. For example, in the Vocabulary of Solitude (2015) the figure of the clown is at the centre of the retrospective installation: forty-five life-sized and flamboyantly costumed clown sculptures interpret the different actions that a person can undertake over the course of a day. He represented his home country in the Swiss Pavilion at the Venice Biennale (2007) and has had several important solo exhibitions, such as at Musée du Louvre (2010), Paris; Kunsthistorisches Museum (2012), Vienna; Art Institute of Chicago (2013); Rockbund Art Museum (2014), Shanghai; Kukje Gallery (2015), Seoul; Palais de Tokyo (2015), Paris; Gladstone Gallery (2010, 2011, 2012, 2013, 2016), Brussels and New York; Museum Boijmans Van Beuningen (2016), Rotterdam, and The Institute of Contemporary Art (2016), Boston. Recently, he participated in the group show One and Other, Zabludowicz Collection (2017), London. He completed a werkjahr at P.S.1 Contemporary Art Center (1998-1999), New York through the Bundesamt für Kultur, Bern; received The Swiss Federal Award for the Arts (1991, 1994, 1995) and the Honoree Award, Bomb Benefit Gala (2015).