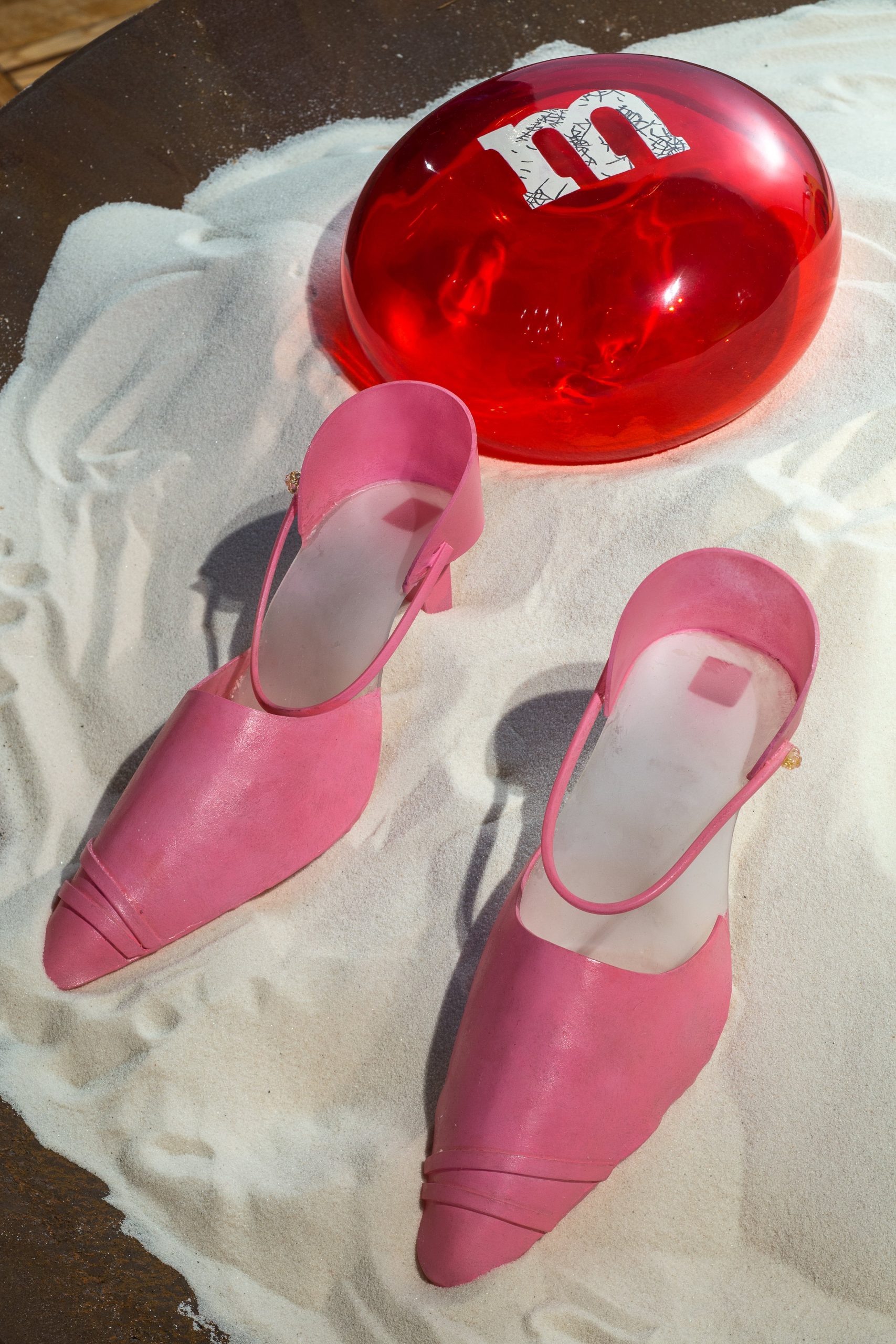 Xenia Hausner was born in 1951 in Vienna, and lives and works in Berlin and Vienna. An internationally respected multi-disciplinary artist, she is best known for her dynamic, large-format paintings of women.

From 1972 to 1976, she studied Stage Design at the Academy of Arts in Vienna and at the Royal Academy of Dramatic Art in London, and began her career as a scenic designer at the Burgtheater in Vienna in 1976. From 1977 until 1992, Hausner designed over 100 sets for opera, theatre and film productions including at the Shiller Theater, Berlin; the Thalia Theater, Hamburg; the Vienna State Opera; the Salzburg Festival; the Covent Garden Opera, London; and the Theatre de la Monnaie, Brussels. After moving to Berlin in 1992, she devoted herself entirely to painting. Her work was first included in the exhibition Die Kraft der Bilder (The Craft of the Artist) at Martin Gropiusbau in Berlin, in 1996 and she was granted solo exhibitions in Salzburg and Vienna later that year and at the Ludwig Museum in Leipzig in 1997. Hausner’s current “mixed-media” works are full-scale enigmatic paintings of women that incorporate photographs, collage elements and her signature expressive, fragmented acrylic painting style into dynamic and complex surfaces. Unlike traditional portraits, the characters in her paintings are cast like actors in a play, playing roles of people other than themselves. In preparation for her exhibition Damage (2011) at the Shanghai Art Museum, she began to incorporate Asiatic motifs into her artistic language which informs her most recent work. She has exhibited extensively including most recently at the Pao Galleries, Hong Kong Arts Center (2014); Today Art Museum (2014) Beijing; FO.KU.S (2015), Innsbruck; Galerie Deschler (2015), Berlin; Leo Gallery (2015), Shanghai; Palazzo Mora (2015), Venice; Martin-Gropius-Bau (2015), Berlin; Essl Museum (2016), Klosterneuburg; Galleri Würth (2016), Oslo; Dominik Mersch Gallery (2017), Sydney; Forum Gallery (2017), New York; Galerie Deschler (2017), Berlin; and Palazzo Bembo (2017), Venice.