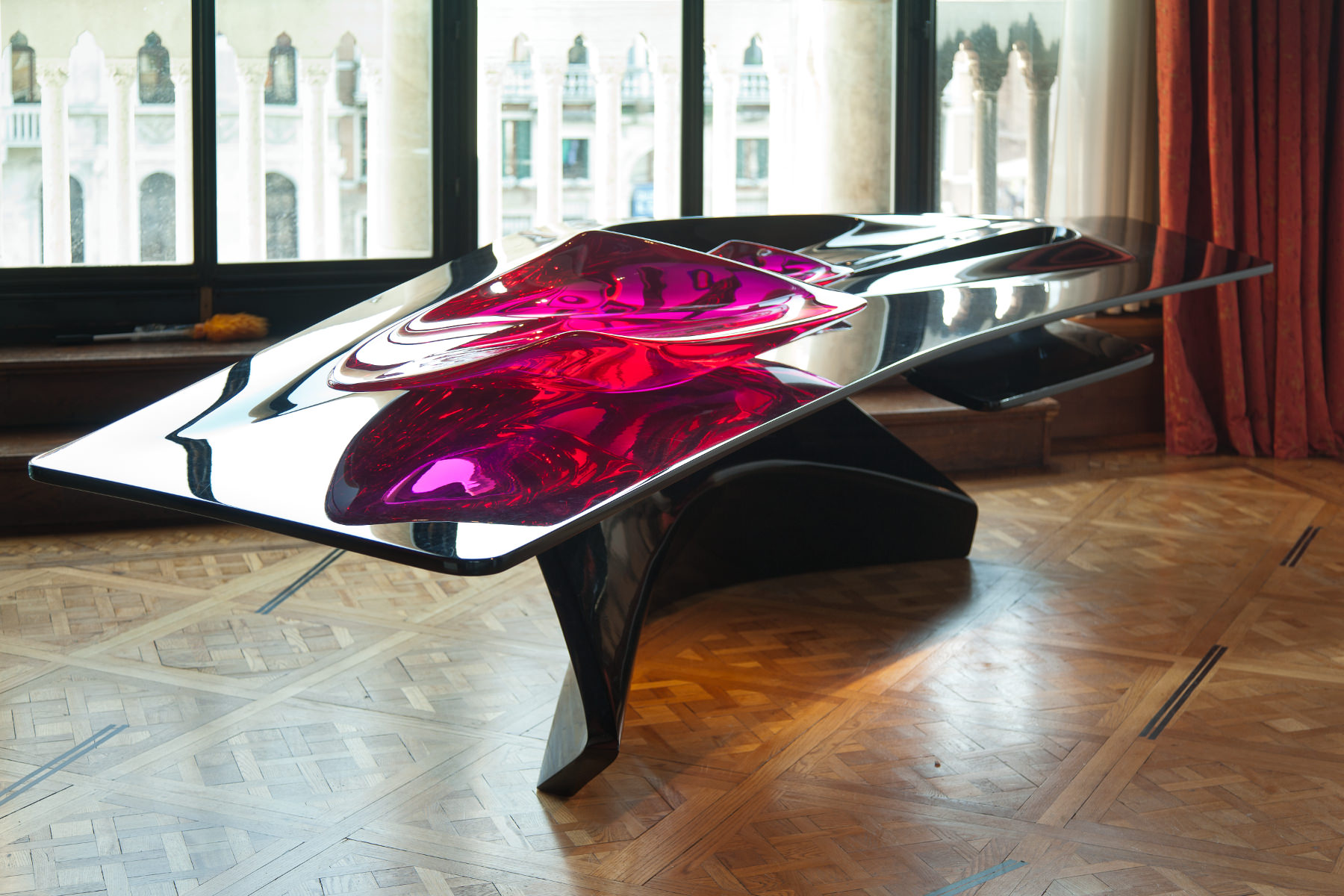 A trailblazing architect and world-renowned for her revolutionary curved buildings, Zaha Hadid (1950, Baghdad – 2016, Miami) was widely regarded as the most influential female architect in the world.

After receiving a degree in Mathematics from the American University of Beirut, she moved to London in 1972 to study architecture, graduating from the Architectural Association School of Architecture in 1977. Upon graduation, she became a partner at OMA, the firm founded by her former professors Rem Koolhaas and Elia Zenghelis. In 1980 she established her own London-based architectural design firm which today employs over 400 people. During the 1980s, she taught at prestigious institutions around the world such as the Architectural Association; Harvard University; the Chicago School of Architecture; Yale University; Columbia University; and many others. Her international reputation was greatly enhanced by a showing of impressive architecture drawings as part of the groundbreaking exhibition Deconstructivism in Architecture at the Museum of Modern Art (1988), New York. Her totally innovative approach to architecture is characterized by fragmented geometries, sweeping curves and multiple points of perspective, a unique use of sharp shadow which harks back to an Islamic architectural tradition that skillfully and fluidly contrasts with the shapes of the modern urban landscape. She put her signature on numerous sensational projects worldwide. To name a few are: the MAXXI Contemporary Arts Centre, Rome; the Rosenthal Center for Contemporary Art, Cincinnati; the BMW Central Building, Leipzig; the Phæno Science Centre, Wolfsburg; The London Aquatics Centre for the 2012 Summer Olympics; and the Guangzhou Opera House, China. Winner of many international competitions and awards, she was first woman to win the Pritzker Prize for Architecture (2004), she won the UK’s most prestigious architectural award the Stirling Prize (2010, 2011); made a Dame by Queen Elizabeth II for services to architecture (2012); and the first woman to be awarded the Royal Gold Medal from the Royal Institute of British Architects (2015). She received an honorary doctorate from the American University of Beirut (2006), was named an honorary member of the American Academy of Arts and Letters, an honorary fellow of the American Institute of Architects and was on the board of trustees of The Architecture Foundation. In 2016, Fondazione Berengo sponsored the exhibition ZAHA HADID at the Palazzo Franchetti, Venice, the first retrospective of the famed architect after her untimely death.