In collaboration with Museo Nazionale Romano

From 25 March to 3 April 2022 the Museo Nazionale Romano (National Roman Museum) at The Baths of Diocletian will host the artwork La Commedia Umana by Ai Weiwei, one of the greatest contemporary artists who expresses his principles in the most disparate art forms, from sculpture to photography, from architecture to installations, to the publication of his autobiography and the stage direction of Turandot, presented at the Teatro dell’Opera from 25 March in conjunction with the exhibition event.

Composed of more than two thousand pieces of hand-blown and fused glass by the glass maestros of Berengo Studio in Murano, La Commedia Umana is an enormous chandelier of colossal dimensions (more than 6 metres wide by almost 9 metres high) that with its four tons of weight descends from the ceiling of one of the halls of the ancient Baths: one of the largest sculptures ever created in Murano glass unveiled in the largest thermal complex in all of antiquity.

The exhibition is produced and organised by the Museo Nazionale Romano and Berengo Studio along with the Fondazione Berengo, and also welcomes the collaboration of Galleria Continua for its launch. The installation inside the Baths of Diocletian, one of the prestigious venues of the National Roman Museum, will be open to the public from 25 March till 3 April 2002.

The result of a three year collaboration, the artwork is a twisted monument, a cascade of bones, skulls and organs made from black glass. A manifesto which, as the artist observes, “attempts to speak of death in order to celebrate life.” Indeed, in glass the sculpture reproduces the contents of a body unleashed from its skin, when it is stripped bare with its interiority exposed for all to see.
Through his work, Weiwei, whose artistic creations and political activity are inseparable, sends a clear message about the mutability of life and at the same time sends a warning to think of the future, to strive for something more for the legacy of humanity beyond the bones we shall leave behind. 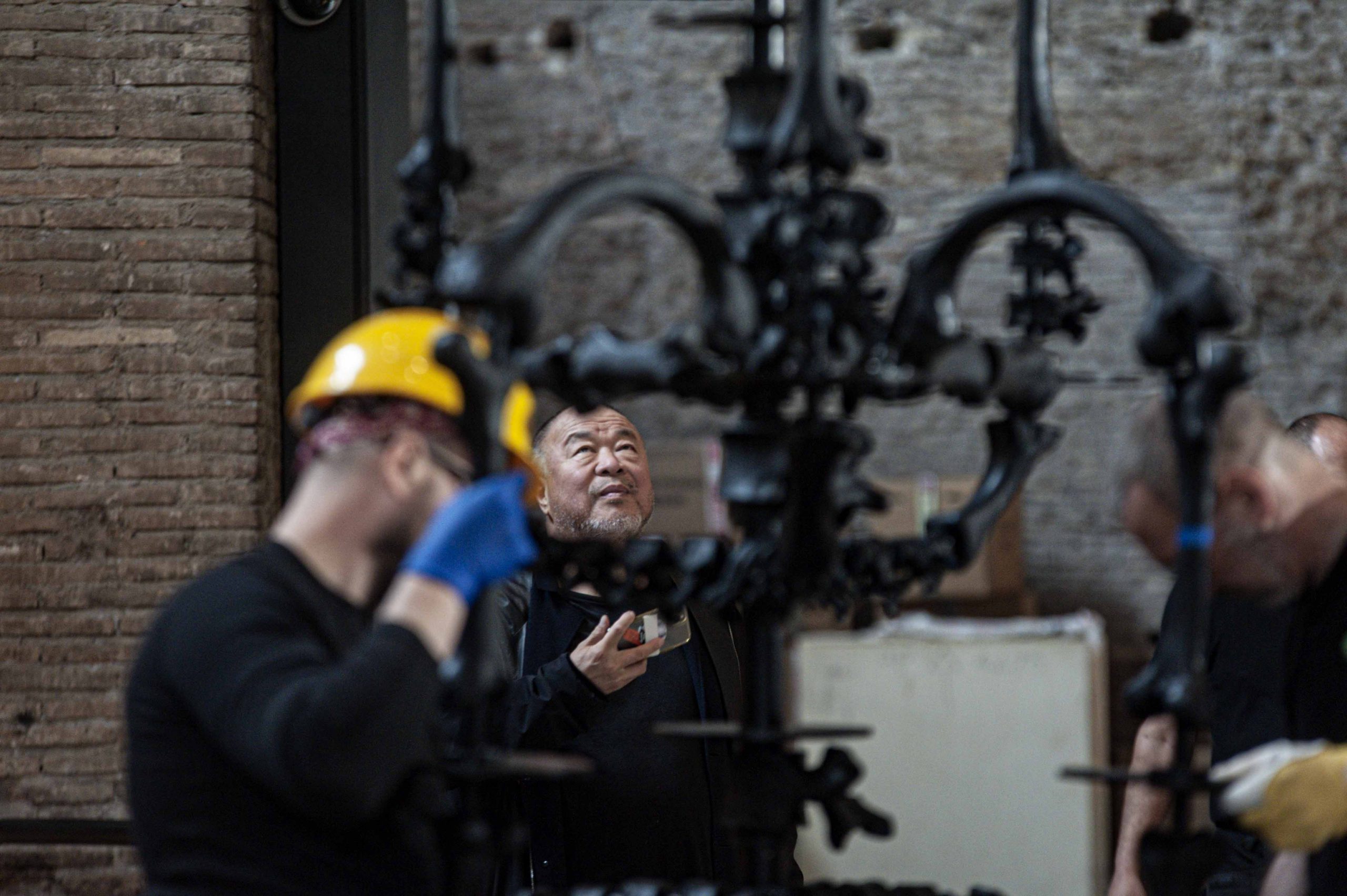 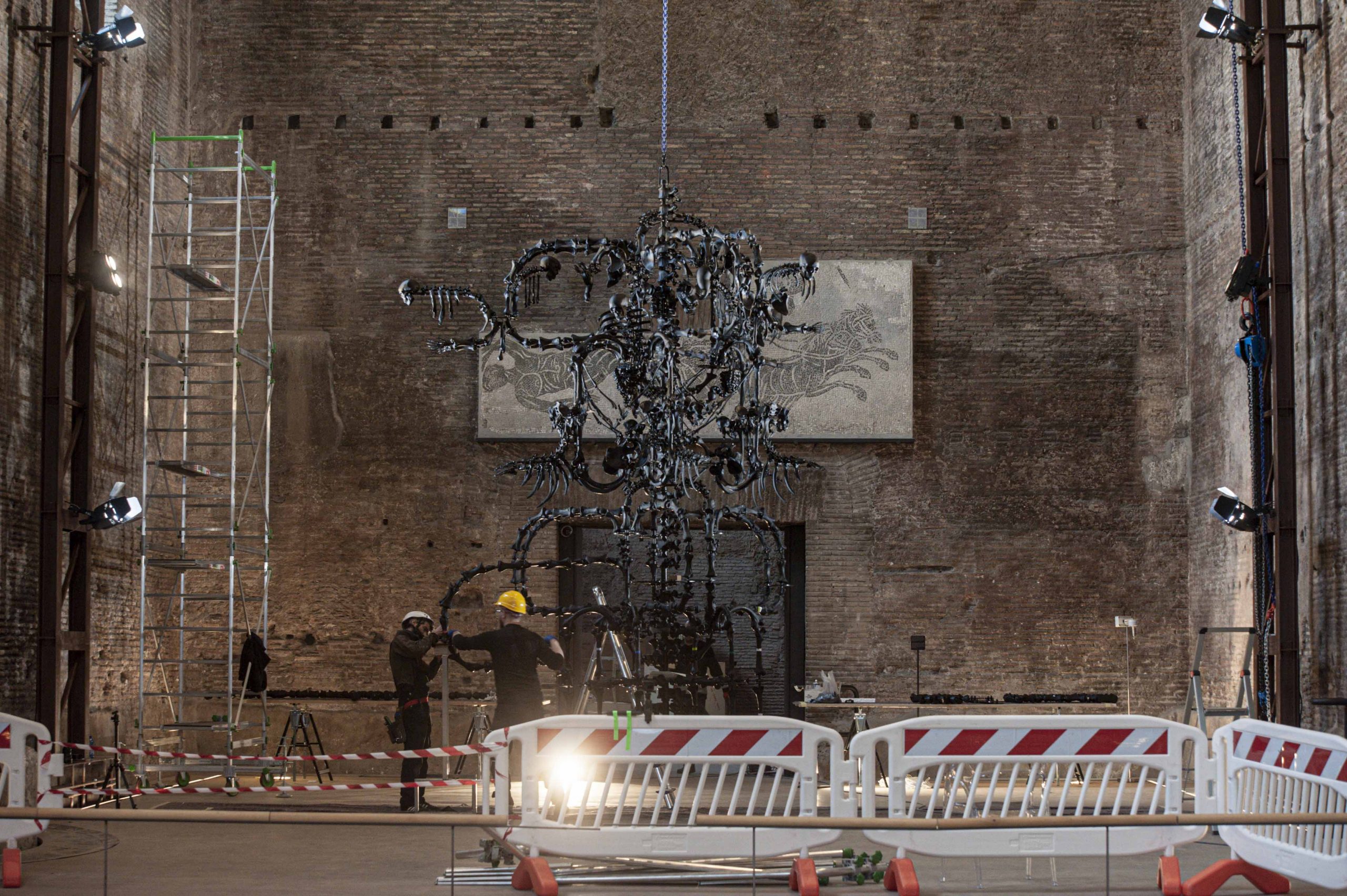 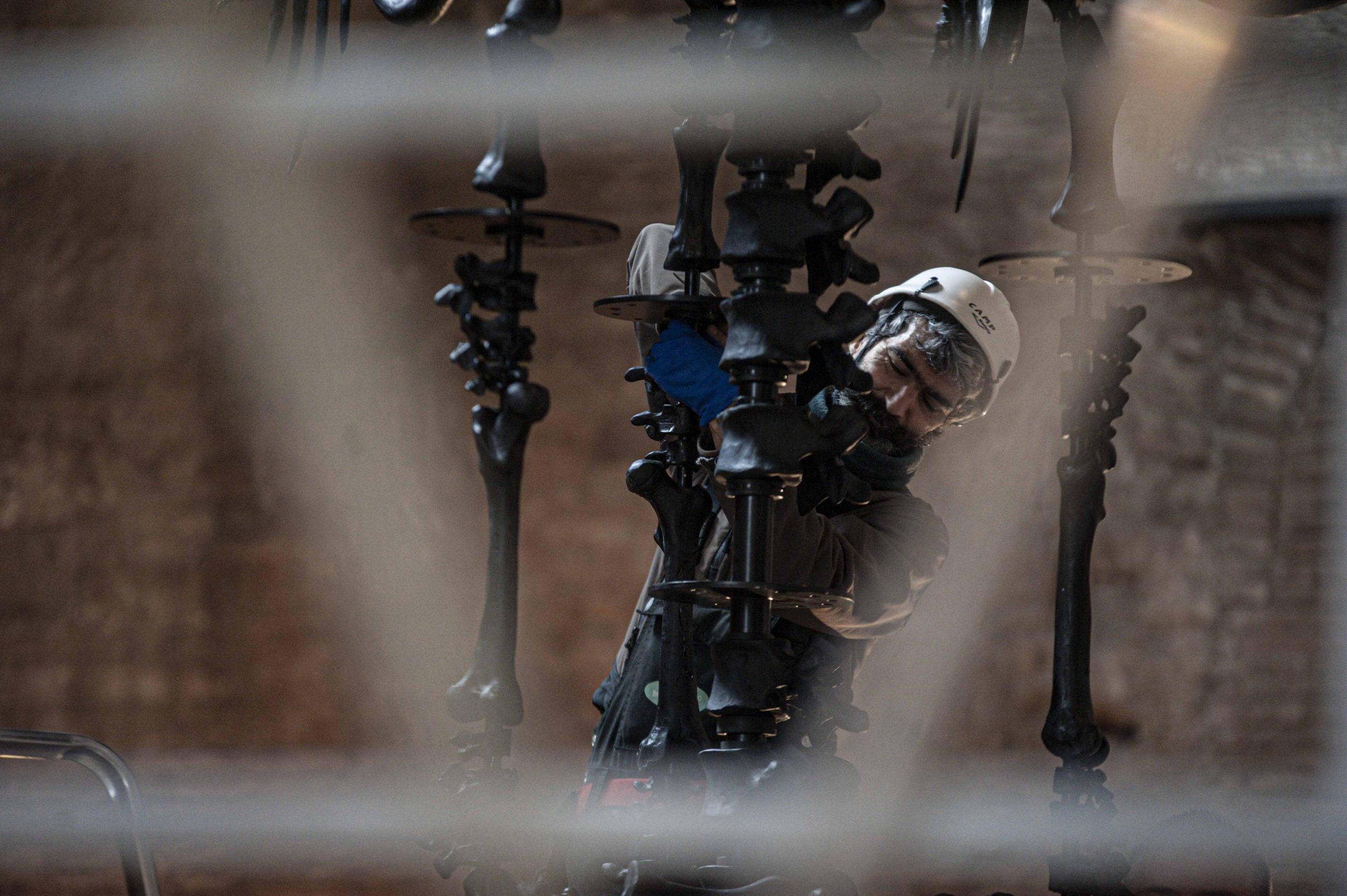 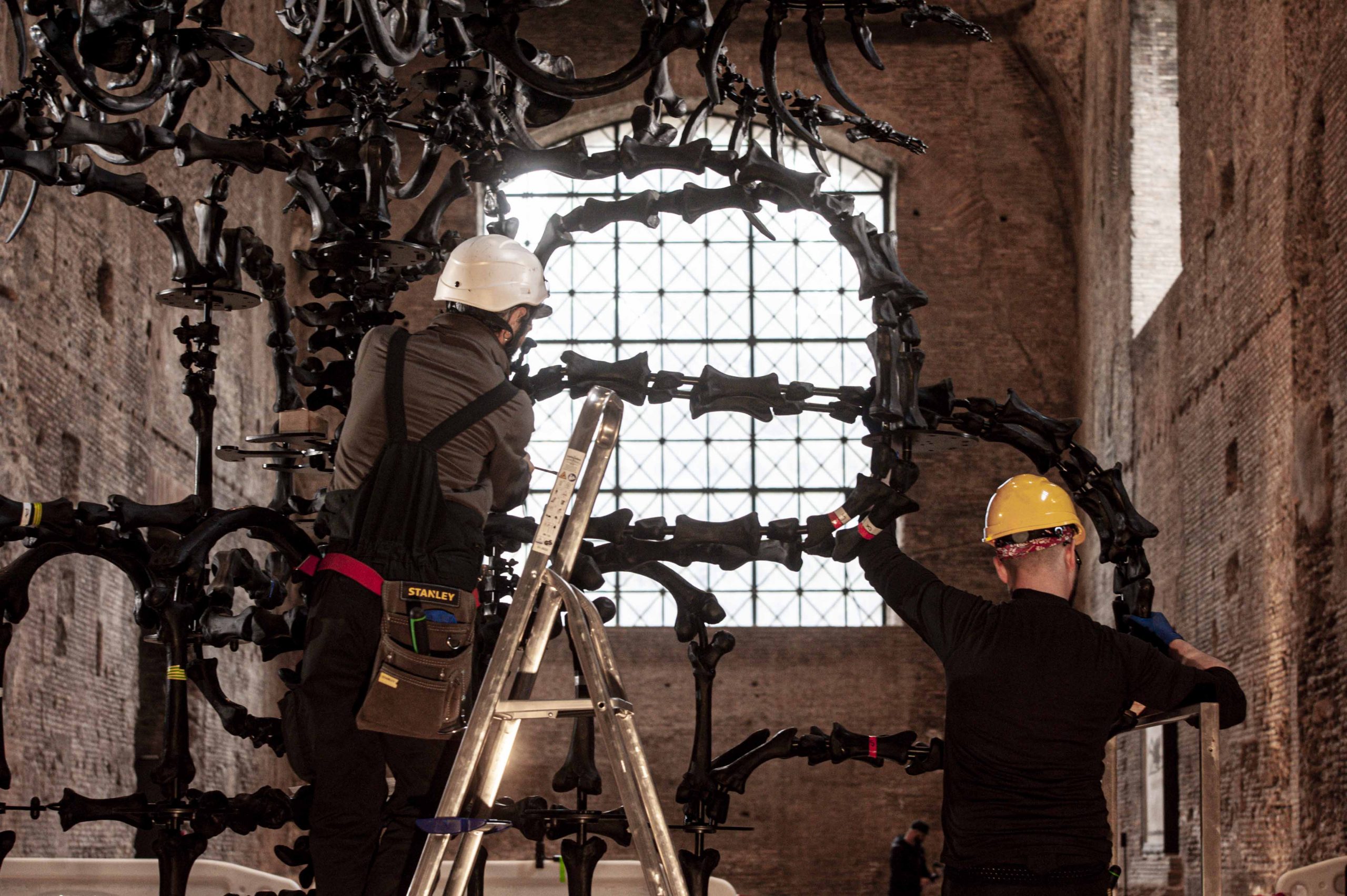 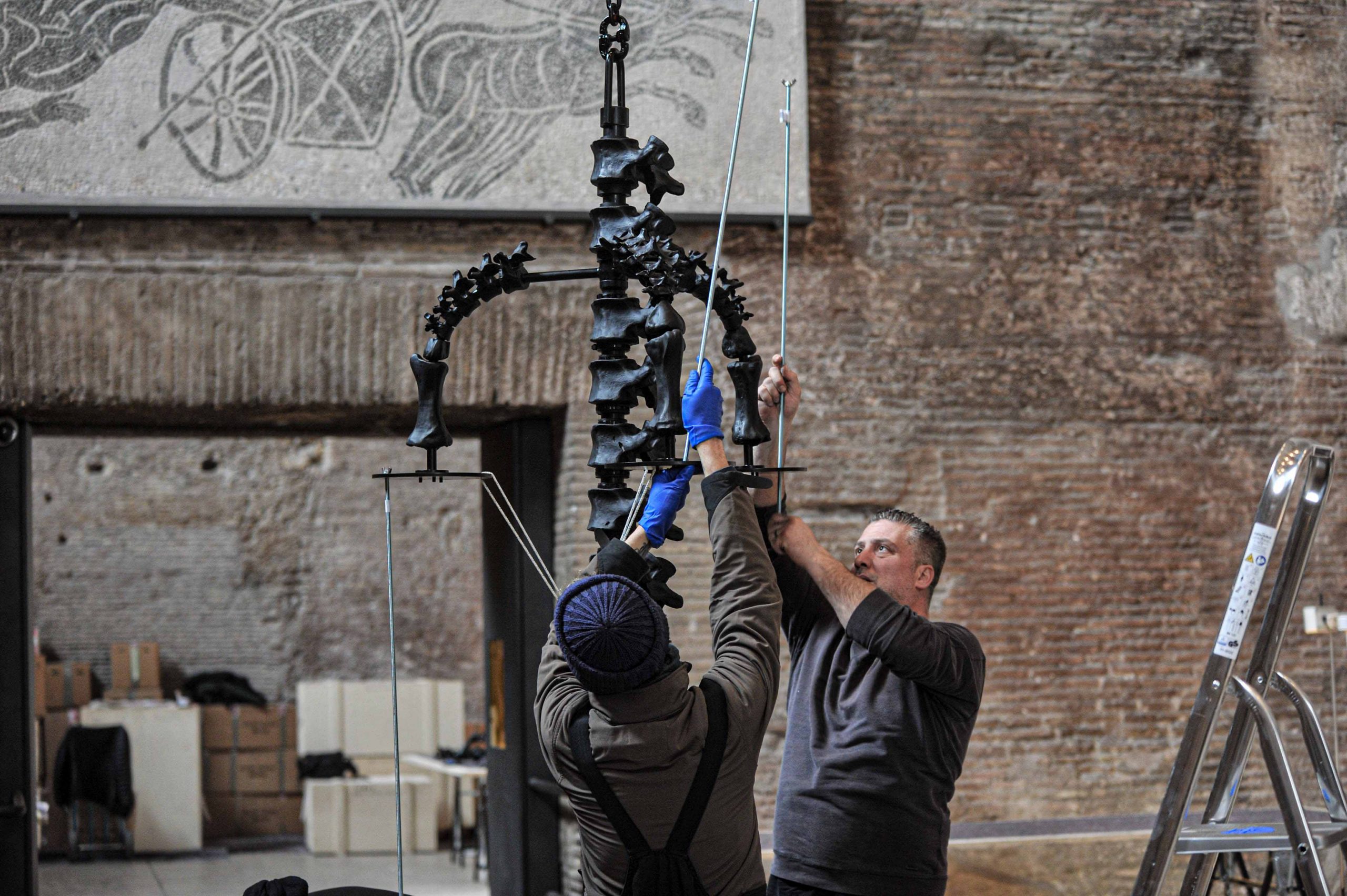 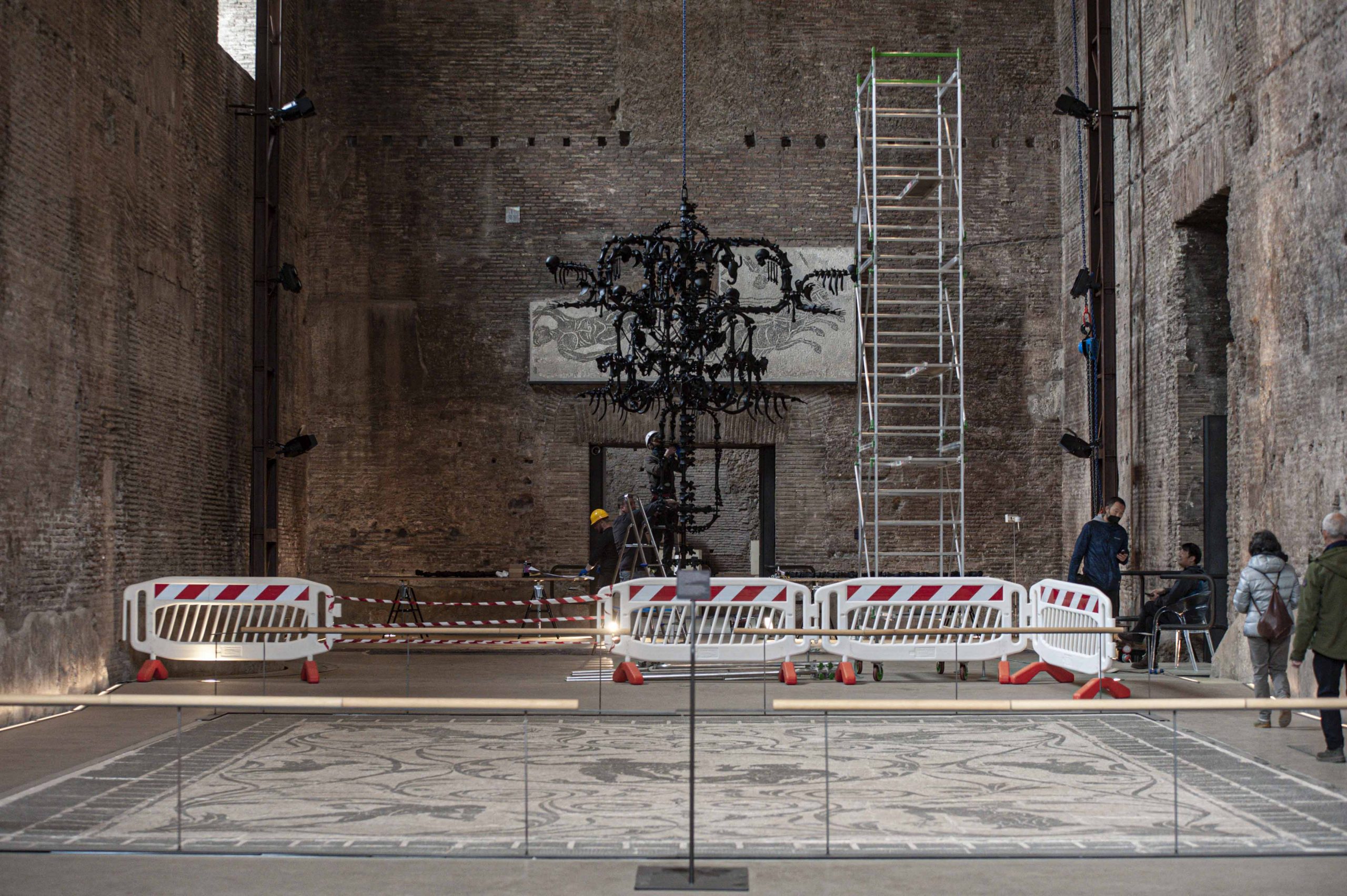