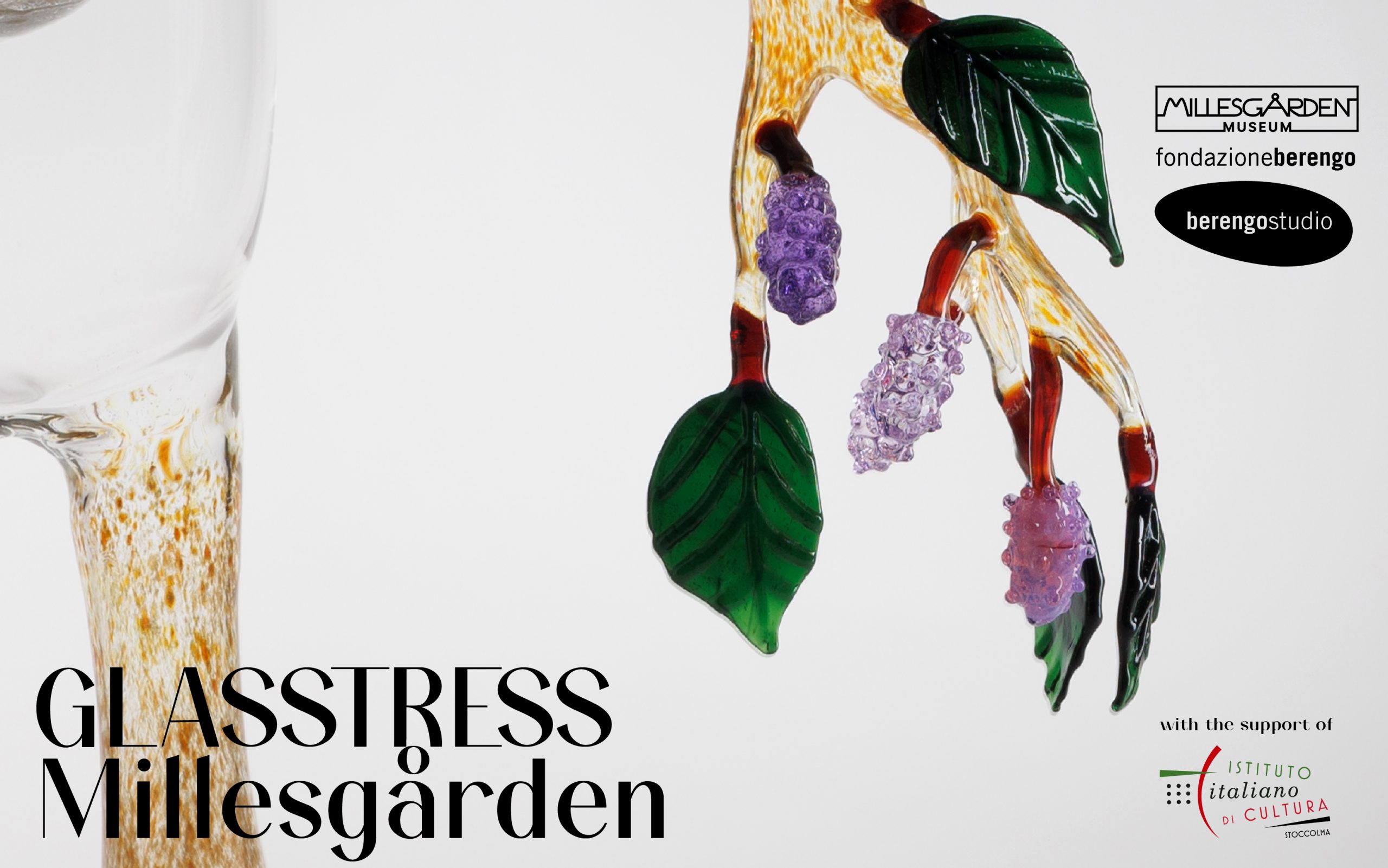 Berengo Studio returns to Sweden to present the exhibition Glasstress Millesgården at the Millesgården Museum, ten years after the success of Glasstress Stockholm in 2011-12. With the support of the Istituto Italiano di Cultura Stoccolma, a new array of artworks created over the last few years will be shown at the famous museum on the island of Lidingö. The exhibition will open on the 17th of September and run till the 29th of January 2023.

Curated by Adriano Berengo and Martin Liljekvist the exhibition presents an extensive survey of works produced by Berengo Studio over the last thirty years, ranging from works produced in the early 1990s to pieces made earlier this year. Berengo founded the group exhibition Glasstress in 2009 as a collateral event of the Venice Biennale of Art and an extension of his work at Berengo Studio, a creative glass furnace which has marked itself out as a space for artists from all disciplines to collaborate freely with the technical expertise of the glass maestros of Murano. Glasstress soon became known as one of the leading contemporary exhibitions for art made in glass, a platform that demonstrated the incredible variety of the material in the creative realm. The sheer number of sculptures in glass produced in the Studio meant that with its success as a Venice-based exhibition, soon international satellite editions of the ever-evolving show began to emerge. Glasstress Stockholm in 2011 at the Millesgården Museum was one of the first of these travelling editions to take shape and began a tradition that has seen Glasstress travel around the world.

The participating artists in this iteration of the Glasstress exhibition all use the same material yet address a wide variety of political issues such as the environment and climate, racism and gender equality. The Chinese artist and activist Ai Weiwei has collaborated with Berengo Studio since 2017, and this exhibition includes his Black Chandelier (2021). This artwork alludes to the classical 18th century chandeliers that wealthy Venetian families commissioned for their palaces. However, instead of bouquets of varicoloured decorative flowers and leaves, the viewer is met by something entirely different. The contemporary French artist Laure Prouvost also takes a playful approach to the traditional form of the Venetian chandelier in Trapped by your light (2022), reworking the idea into a giant light bulb surrounded by handcrafted glass bees, a subtle commentary on sustainability and the ongoing climate crisis. In Bat (2009) the black mirror produced by American artist Fred Wilson, the traditional architecture of a Venetian mirror is used to addresses issues of racism in the history of the city that have often been overlooked. Even the joyful hanging sculpture of Cuban artist María Magdalena Campo-Pons, titled The Rise of the Butterflies (2021), finds its roots in a more serious contemplation of the Black Lives Matter movement. The mobile was inspired by the pattern and colours of the wings of the butterflies that were released in memory of Breonna Taylor, one of the key protagonists of the movement who was killed in her own home unarmed by Police back in 2020.

“My first meeting with Glasstress in Venice was utterly captivating” Onita Wass, the Director of the Millesgården Museum recalls. “I am constantly intrigued by the ability of the founder, Adriano Berengo, to attract the greatest and most interesting artists on the global stage.”

“It brings me great joy that we have been able to organise a return to this wonderful museum and bring with us an array of new artworks created over the last few years”, notes Adriano Berengo, founder and CEO of Berengo Studio. “We hope to provide a glimpse at the infinite variety that glass offers these artists as a medium for exploration and expression.” 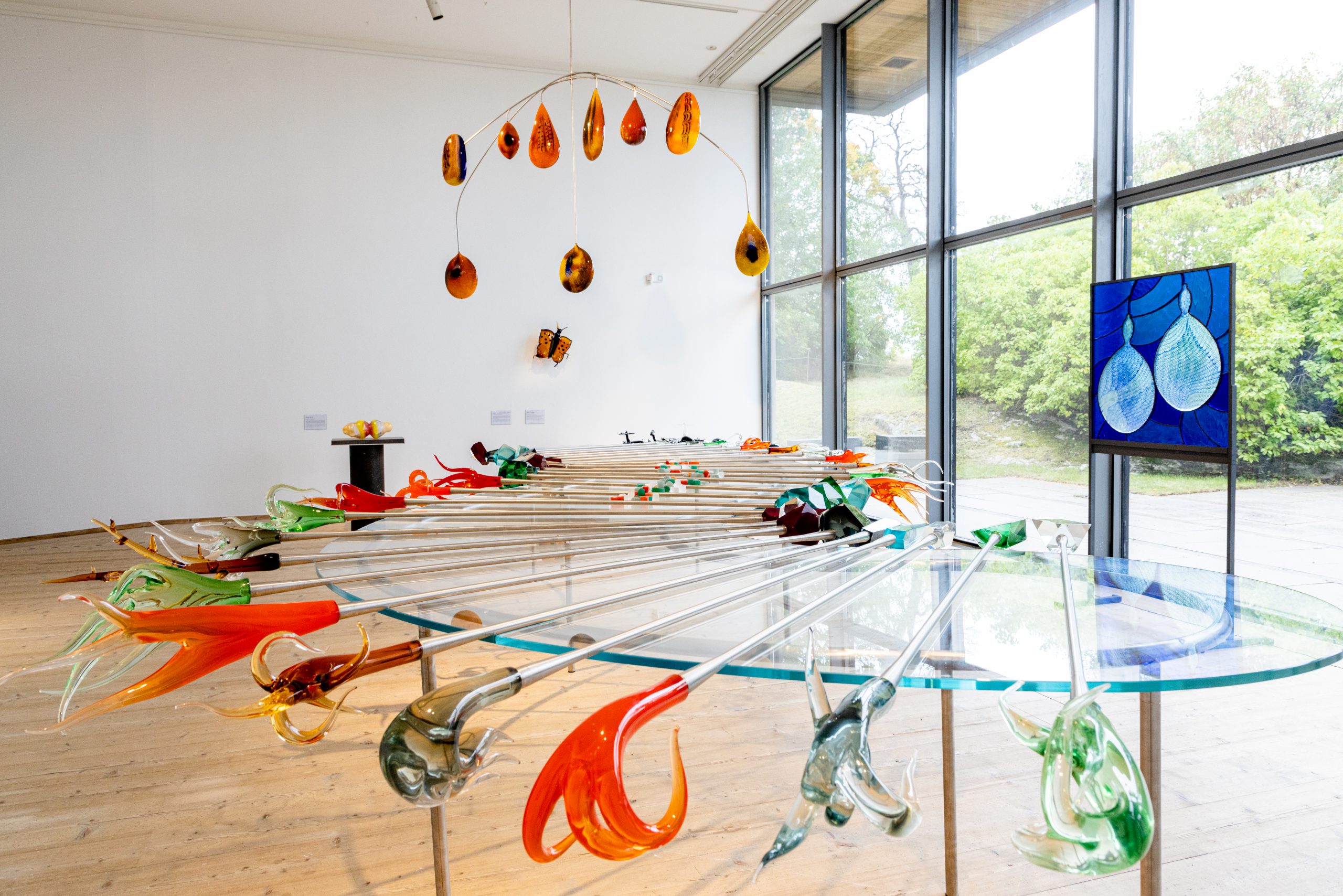